Having fun around the trade show schedule.

By Tina Isaac and Katya Foreman and Joelle Diderich and Natasha Montrose on July 26, 2011
View Slideshow 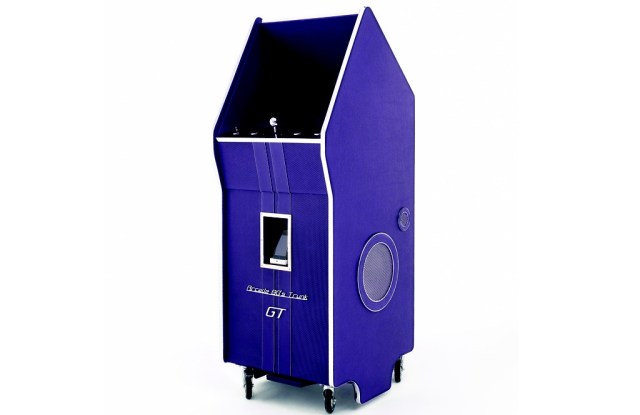 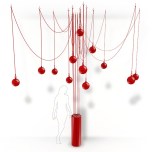 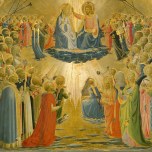 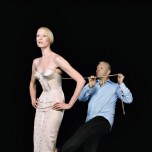 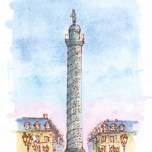 The traditional trunk might evoke images of old-fashioned travel by steamer ship or propeller plane. But Fred Pinel has given a 21st-century spin to the luggage, specializing in themed luxury trunks largely destined for home use.

This story first appeared in the July 26, 2011 issue of WWD. Subscribe Today.

Trunks filled with a Bang & Olufsen sound system, a fold-up bike or an old-school arcade are among private commissions conceived over the past few years by the designer, who recently opened his first Pinel & Pinel flagship, based in a courtyard on the tony Rue Royale. The boutique offers a range of “ready-to-wear” designs, which start at around 6,000 euros, or about $8,400 at current exchange, and a custom-order service. A range of leather goods is also on offer.

Pinel hopes to open a flagship in London early next year at the latest, and a store in Los Angeles or New York is likely to follow.

Norwegian symbolist painter Edvard Munch will be in the spotlight this fall at the Pompidou Center. “Edvard Munch, The Modern Eye” gathers previously unseen works by the artist, including sketches and sculptures, and also delves into Munch’s use of film and photography. The show will run from Sept. 21 to Jan. 9.

A pretty mix of contemporary jewelry can be found at White Bird, a new boutique on the trendy Rue du Mont Thabor. The shop showcases works by jewelry designers like Cathy Waterman, who specializes in 20th-century Scandinavian style and makes precious pieces from vintage silver and semiprecious stones. Also among the selection is Pippa Small, a young Canadian designer who has collaborated with Gucci and Chloé. Small has traveled extensively in India and mainly works with semiprecious stones.

HIP TO BE SQUARE

Fashion folk might remember Philippe Damas from way back when he ran the perennially popular restaurant Le Square Trousseau. That venue has since passed under the Costes umbrella, but after a short break Damas returned with the more low-key Chez Philou, a good-humored traditional-style bistro with a large terrace on a quiet street off the Canal Saint Martin in the up-and-coming 10th arrondissement.

Here, he offers some of the most generous market-driven fare in town, including duck breast with honey-roasted eggplant, seared foie gras with figs or a rich fondant au chocolat that’s billed as being for two but can easily serve four. A three-course prix fixe: 25 euros ($36) at lunch or 30 euros ($43) at dinner, excluding wine.

A unique exhibition of works by early Italian Renaissance painter Fra Angelico will open on Sept. 15 at the Musée Jacquemart-André. The exhibition will present around 60 works by the 15th-century artist as well as a number by his contemporaries, such as Masaccio.

Fra Angelico was considered to be a precursor to modern painting through his use of composition and three-dimensionality. On loan from the Uffizi, the exhibition includes “The Coronation of the Virgin” (1434-1435), which was originally created for the altar of the Florentine church of Santa Maria Novella.

The Royal Monceau Raffles in Paris is to host a photo exhibition honoring the 60th anniversary of Picto, a leading local photo lab. The lab has been one of the go-to printers in Europe since it opened in 1950. Running Sept. 15 through Oct. 8 in the hotel’s gallery, the Art District, the show will include 43 works by legendary snappers including Henri Cartier-Bresson and André Kertész.

Couturier Maurizio Galante has teamed up with Tal Lancman from the speaker brand Elipson to install a sound tree in the bar of Paris’ swanky Plaza Athénée hotel. The red installation with dangling spherical shapes was unveiled at the Salone Internazionale del Mobile in Milan and will stay rooted in the bar of the Plaza until October.

Frédéric Hubig-Schall, the owner of Astier and the newer upmarket épicerie/rotisserie Jeanne A next door, has opened a third venue, Sassotondo, quite literally in a row. But this time it’s not about French but rather Italian fare — Tuscan, to be precise.

“The best flour, and therefore pasta, and the most delicate olive oils come from Tuscany,” he explained.

Stretching from jeans to accessories, new concept store DL1961, in the heart of the Marais, also offers an exhibition space on the ground floor for contemporary artists and photographers. The store is named after the U.S-based jeans brand DL1961, for which the store’s founder, Philippe Thourmine, is the French distributor.

The collection of jeans for men and women starts at 195 euros ($281) retail. The store, set over two levels, also has an array of accessories, including bags by Barbara Rihl and perfume and candles by Byredo.

French department store Galeries Lafayette will attempt to top its own 2010 record for the world’s largest fashion show by staging a catwalk display with 700 models to kick off its fall “Fashion Capitals” campaign, which celebrates the world’s leading style capitals.

The second edition of the annual show is scheduled to take place Sept. 15, with models selected from among Internet applicants parading down a 1.2-mile catwalk in central Paris wearing their own outfits inspired by four themes: Preppy New York, Hipster London, Glamorous Milan and Bohemian Paris.

Hairdresser Franck Provost and makeup brand L’Oréal Paris will be on hand to dispense beauty advice before the show, which will then be reprised in 50 towns across France on Sept. 17. “Fashion Capitals” runs at Galeries Lafayette stores from Sept. 14 to Oct. 1.

Handed out at the Chanel couture show this month, the Carnet Vendôme with illustrations by Karl Lagerfeld is now available in store. Courtesy of the Comité Vendôme, the 120-page guide has addresses of stores and restaurants, as well as information on more than 60 Vendôme members. They include luxury jewelers Boucheron, Cartier and Chopard, as well as chocolate maker Pierre Marcolini. The guide is available in three languages — English, French and Chinese — and sells for 10 euros ($14) at English language bookstore Galignani.