WWD Report Card: Once Upon a Style

Brad and Leo let us down, while Austin Butler shows everyone how it's done.

One of summer’s most-anticipated films, “Once Upon a Time in Hollywood,” premiered this week in Los Angeles, drawing its very A-list cast of Margot Robbie, Brad Pitt and Leonardo DiCaprio, as well as others. Here’s who prevailed stylistically. 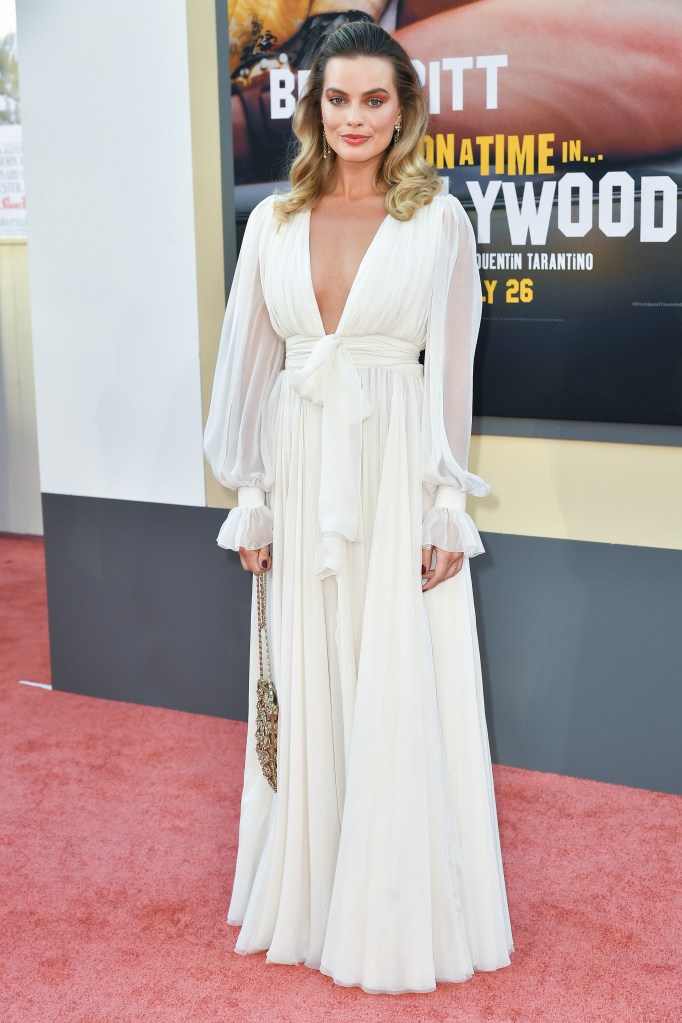 There is something very zombie bride about this. The combination of the red-eye shadow with the vintage gown, which is very Hollywood golden era, results in a scary character. 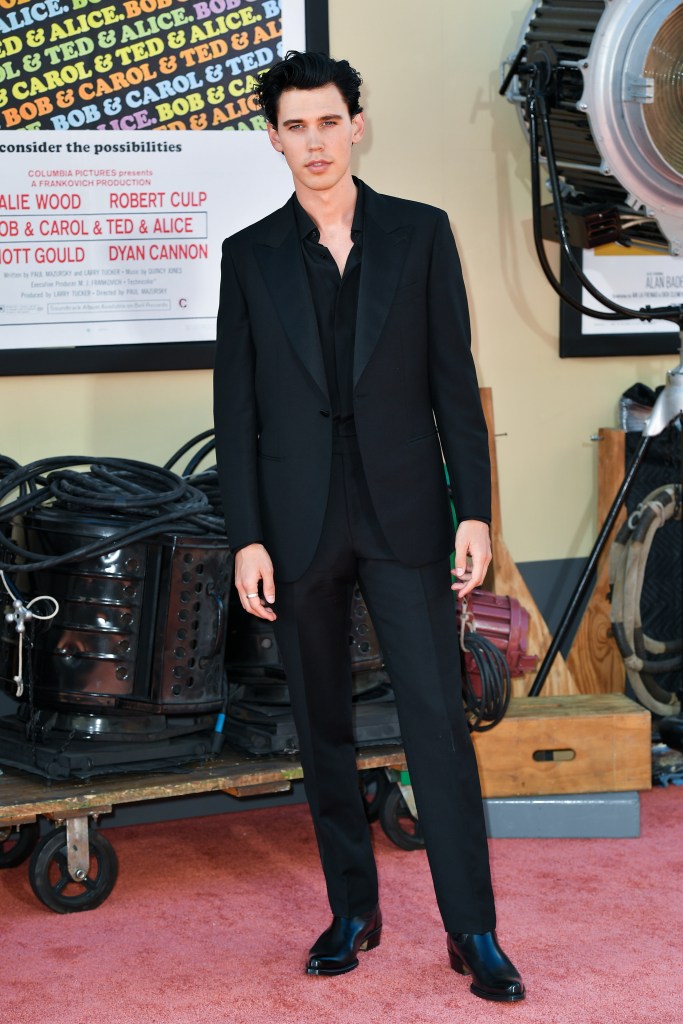 In another circumstance, the jet black hair would feel a little try-too-hard — but when you’ve just been cast as Elvis, it’s perfect. The resemblance is already there. Let this be a lesson to men in Hollywood still pairing sneakers with suits: a sleek boot is the new shoe in town. 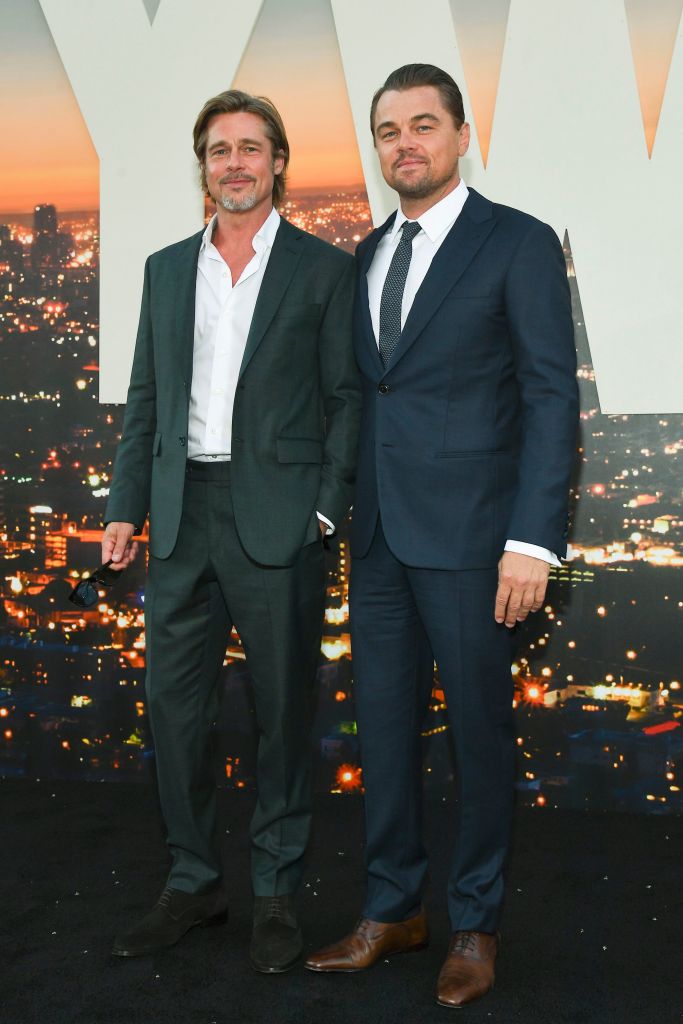 There is nothing wrong with the white shirt, dark green suit combo, but after the amazing black tuxedo at Cannes moment, this falls flat. 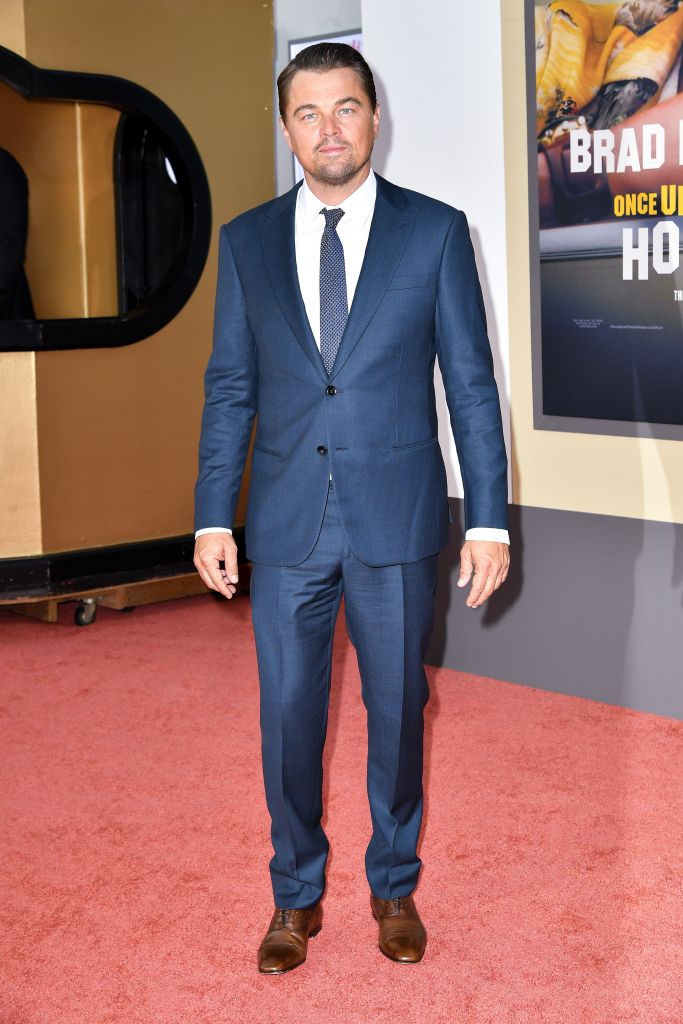 DiCaprio loves a heavy dusting of bronzer. This look reads like a bro going to his sister’s wedding. What would help him is to be a little less put together. Messy hair, a less business-like suit and cooler shoes would go a long way. 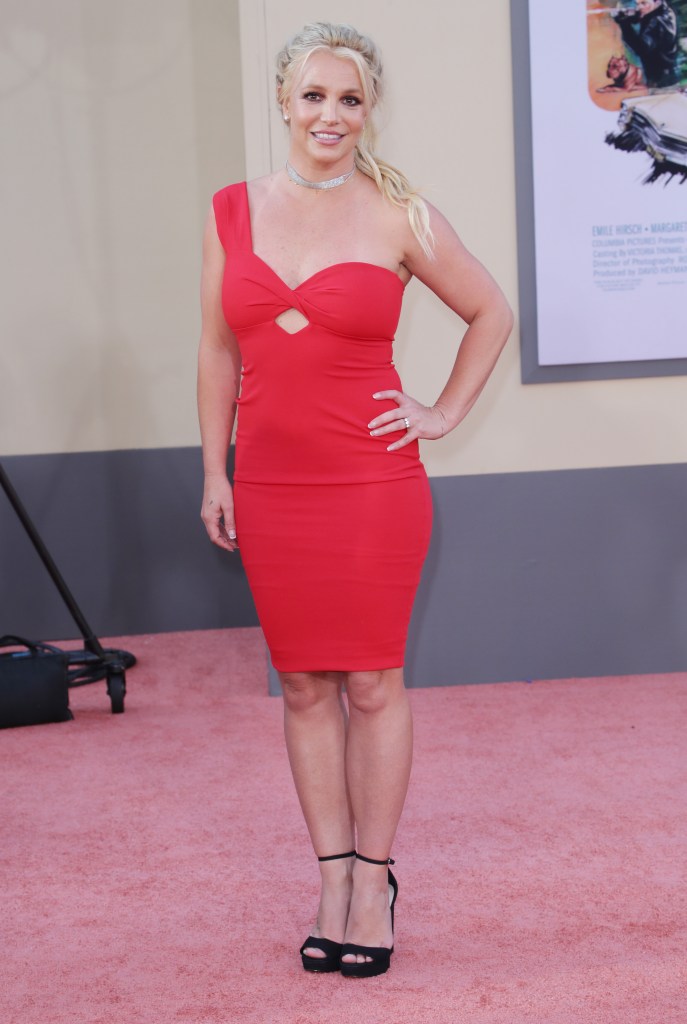 This is like bad prom from the early Aughts meets the cool mom from “Mean Girls.” We have a weakness for Britney, but if she’s looking for ideas, she should look at Celine Dion during couture week: the sky is the limit. 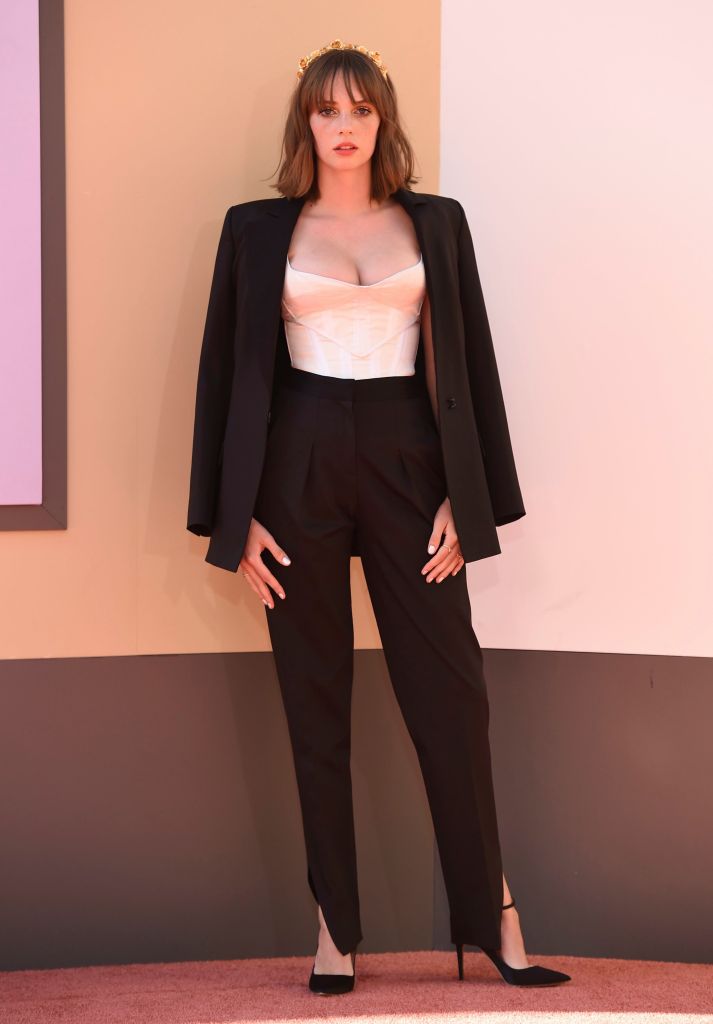 The power suit with a silk bustier and gold tiara results in a very subversive provocative look. The sharp stiletto enhances the message while the soft hair and makeup give her an innocence that really make her a fashion star to watch. 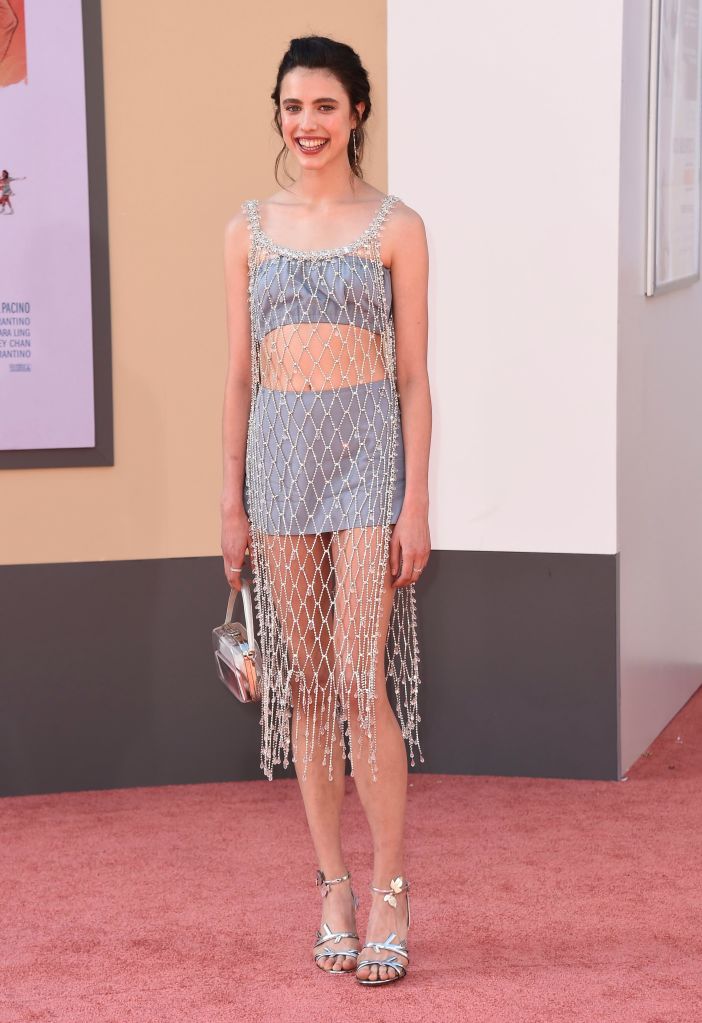 The hair and fresh-faced glam are very age appropriate, but it feels disconnected from the rest of the outfit. She feels like the daughter of Aquaman in this netting. An unfortunate choice. 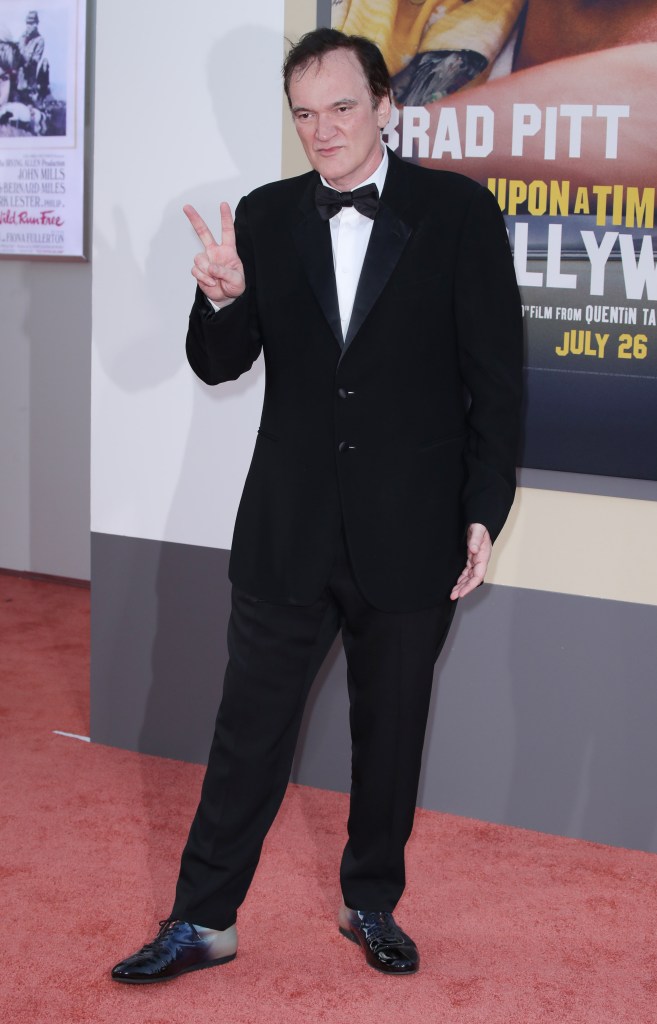 He is a Vegas magician who forgot his top hat and rabbit at home. Tarantino has never been known for supreme sartorial choices, but his obsession with boxy, ill-fitting tuxedos needs to stop.

More on ‘Once Upon a Time in Hollywood’ from WWD:

Exploring the Real ‘Once Upon a Time in Hollywood’ Locations

Watch the ‘Once Upon a Time in Hollywood’ Trailer Here

WATCH: Which Celebs Have the Best Travel Style? The Merrell Twins Weigh In