Summertime nostalgia on the big screen — there’s nothing like it. Here, a look at some of the most iconic summertime-inspired moments in film.

Grace Kelly in “To Catch a Thief”: A- 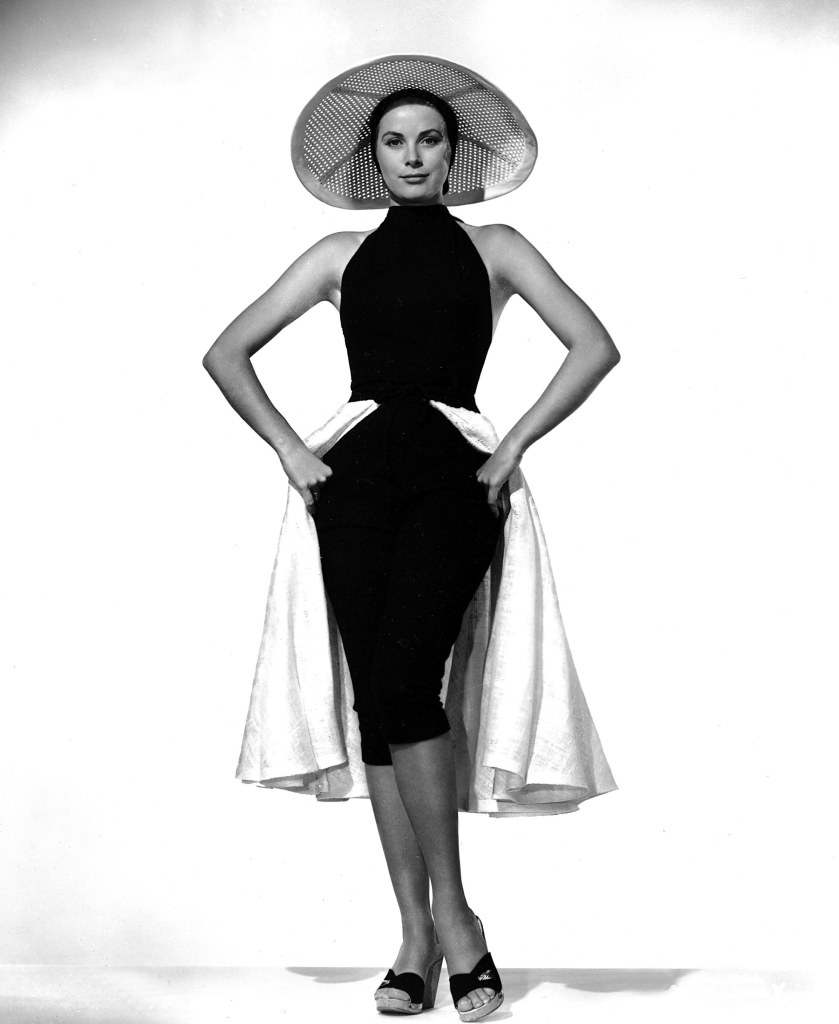 Grace Kelly in “To Catch a Thief.”  Paramount/Kobal/Shutterstock

This is the ultimate glamorization of a daytime bathing-ready look. Alfred Hitchcock was known for his love of fashion and his attention to detail, and Kelly’s oversize sun hat and skirt coverup were the perfect touches for Fifties French Riviera chic.

Sarah Michelle Gellar and Ryan Phillippe in “I Know What You Did Last Summer”: B+ 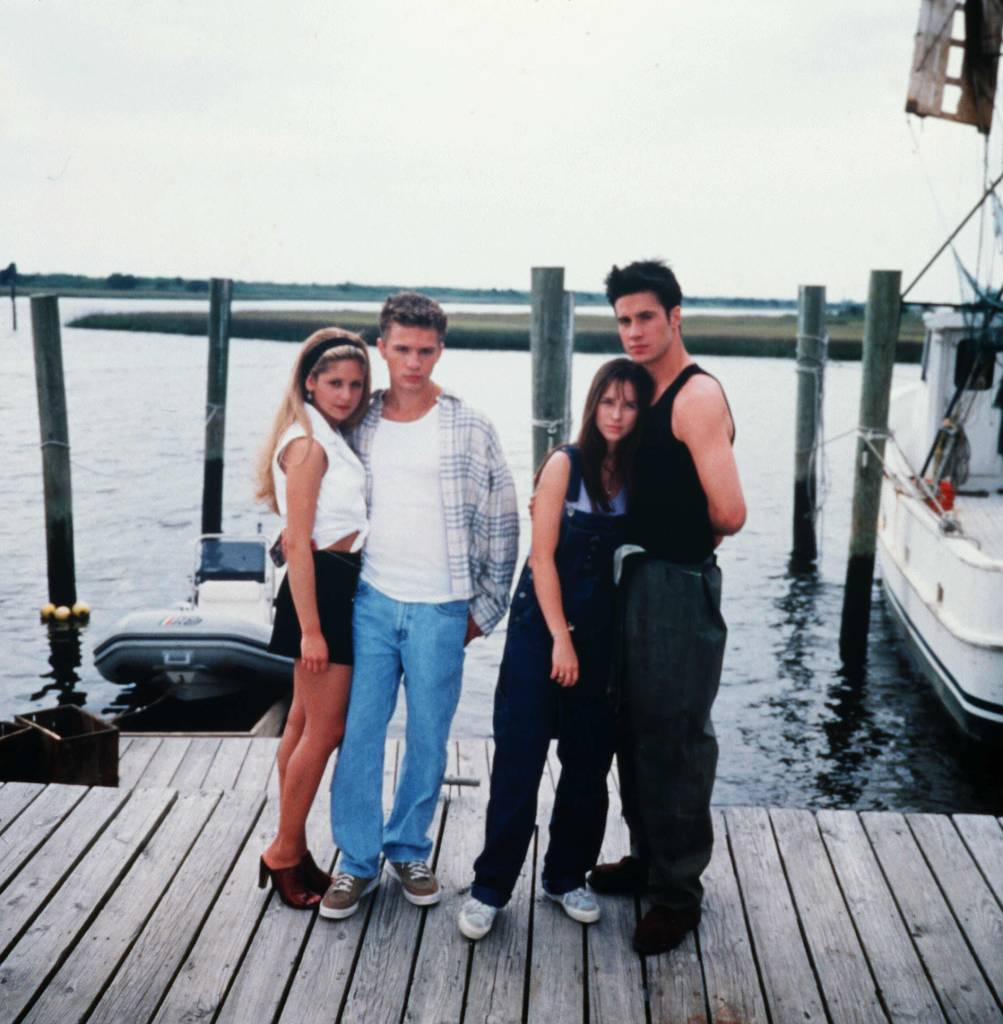 This horror movie set in a coastal town featuring the leading Rat Pack of the Nineties had a major impact on how teens of the decade dressed. Gellar’s chunky heeled mules, black mini skirt and knotted, cropped white shirt were the perfect Nineties summertime look, as were Phillippe’s washed-out baggy jeans and open plaid shirt layered on top of a white T.

Angela Bassett in “How Stella Got Her Groove Back”: A- 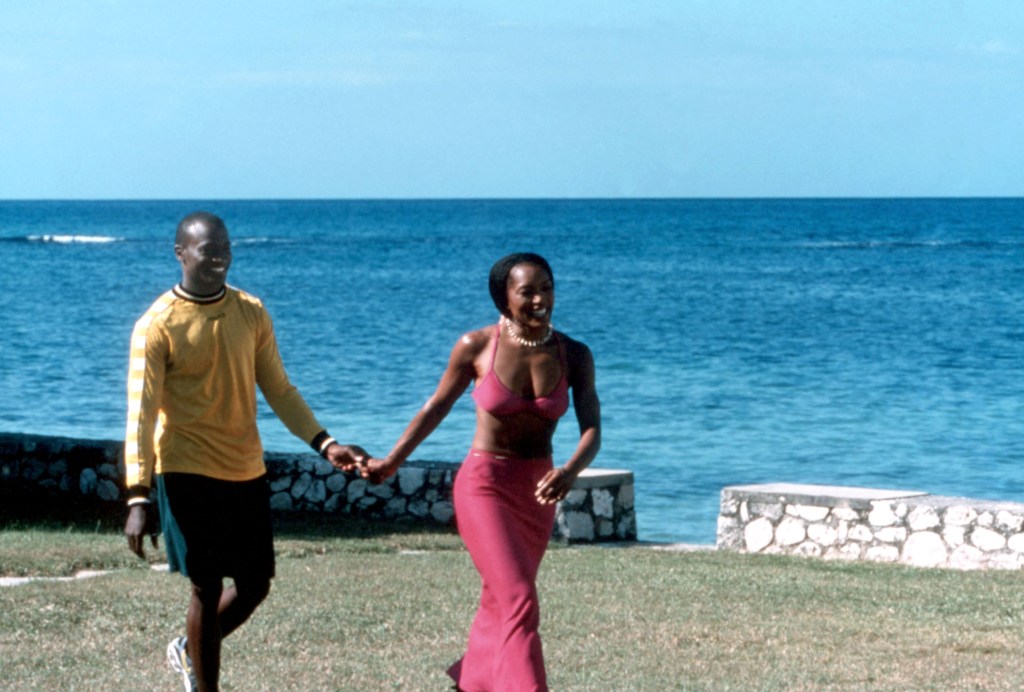 Taye Diggs and Angela Bassett in “How Stella Got Her Groove Back.”  D Stevens/20th Century Fox/Kobal/Shutterstock

The hot pink bikini top with matching sarong and puka shell necklace are the dream when it comes to island escape fashion. The coordinating hair tie scarf upscales the look into chic bohemian territory. 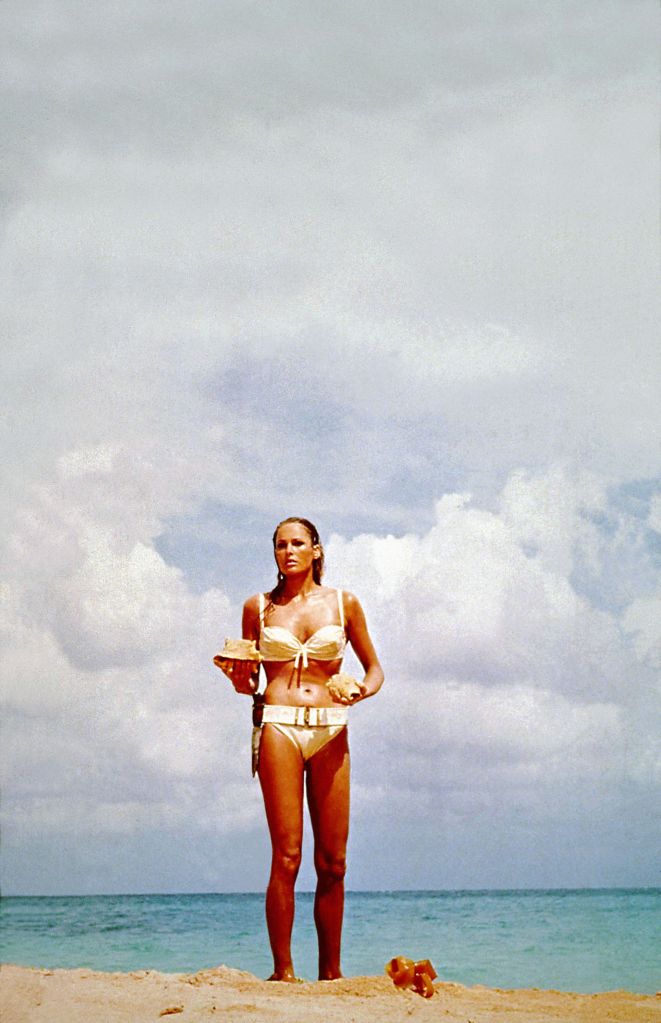 Ursula Andress in “Dr. No.”  Moviestore/Shutterstock

There have been waves of iconic moments of someone emerging from the ocean, but no one has aced it like Ursula Andress in the white bikini in Dr. No. The fitted two-piece was already sexy, but adding the matching belt with knife gave it the kickass dangerous element.

Meryl Streep in “Mamma Mia!”: B 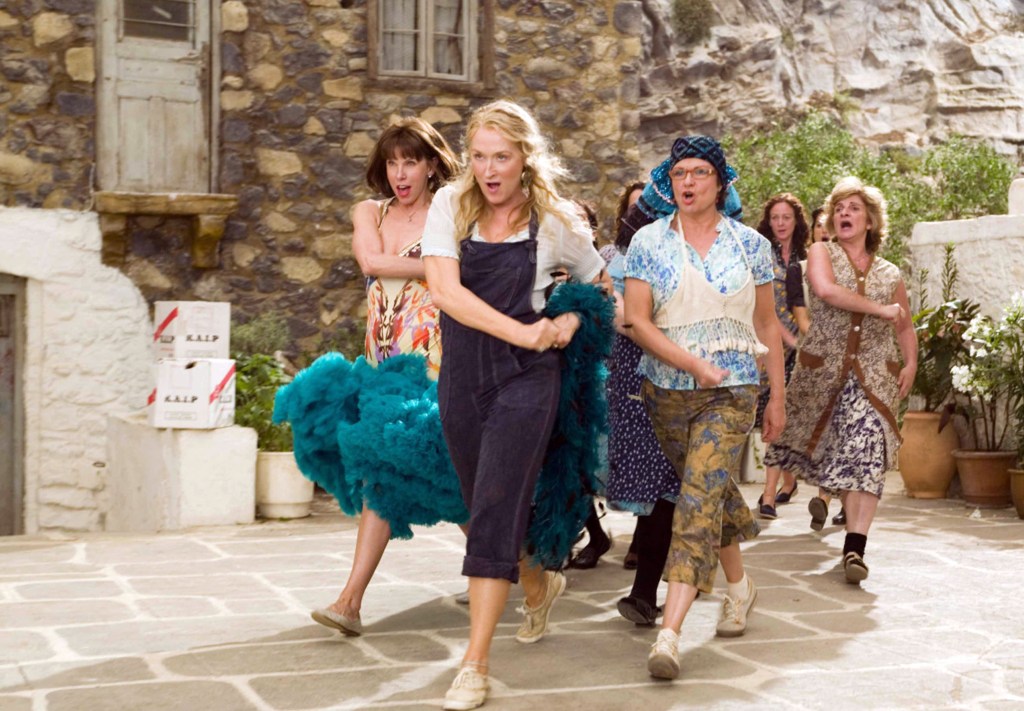 A capri overall piece is normally fashion suicide, but it works here to portray a Grecian island inn owner. When adding the layered flowy top and necessary boa, the result is all we need for a summer singalong.

Kate Bosworth in “Blue Crush”: B+ 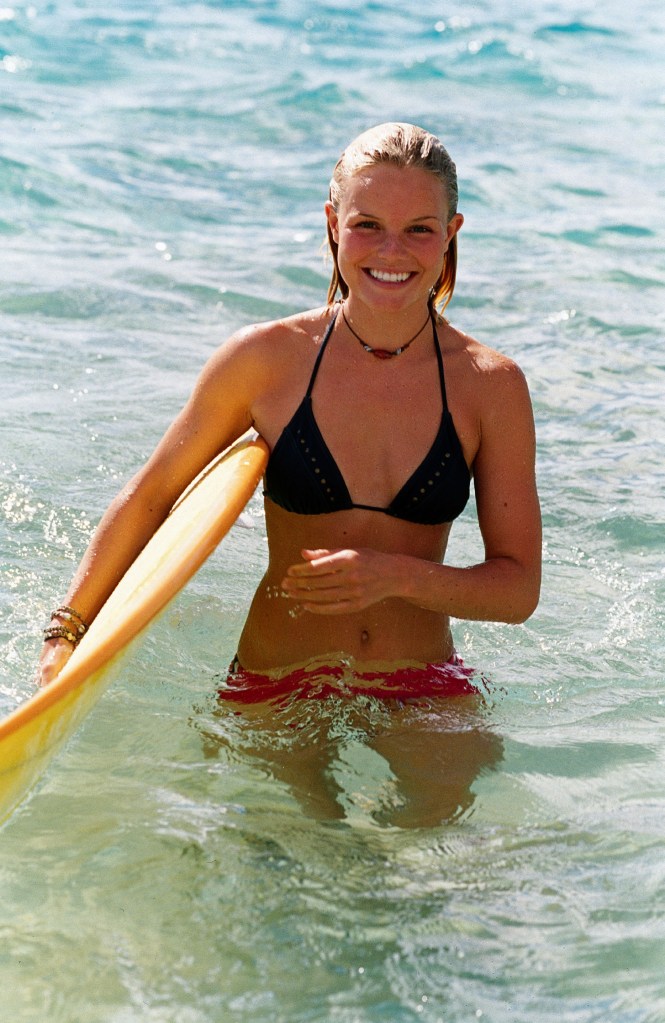 Fashion has always been enamored with the Hawaiian surfer lifestyle. Bosworth gave the look a very early-Aughts tomboy spin with this simple black bikini top, red boy-short bottoms and beaded choker. Every time you carry a surfboard as an accessory, you’re instantly adding a level of cool that really helps here.

Brooke Shields and Christopher Atkins in “The Blue Lagoon”: B+ 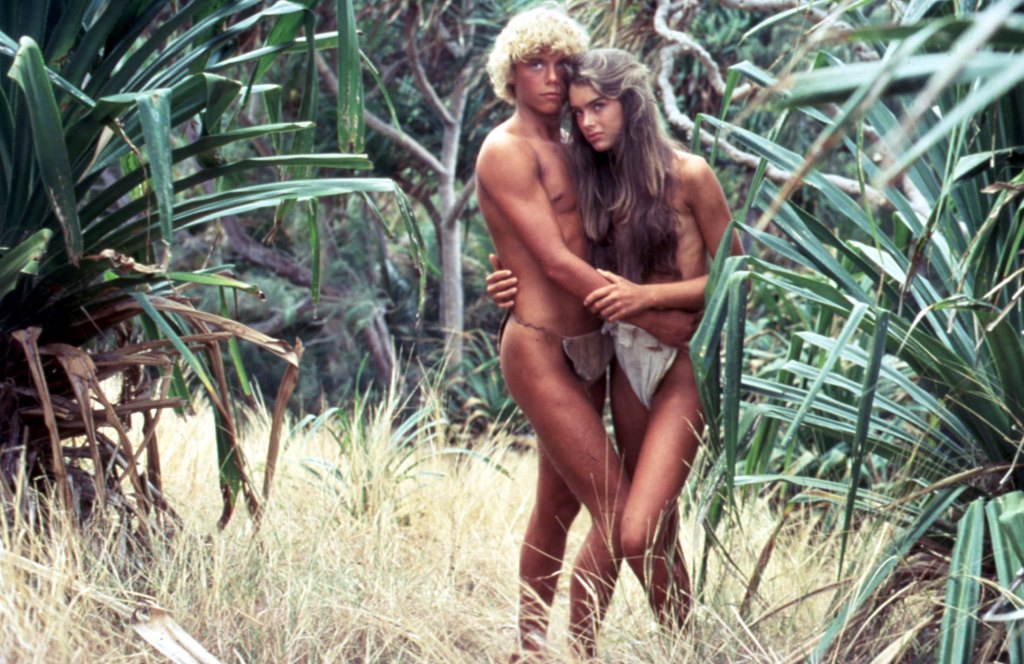 Christopher Atkins and Brooke Shields in “The Blue Lagoon.”  Moviestore/Shutterstock

Tanning and big hair were major Eighties trends, and this movie didn’t disappoint in either regard. Although the do-it-yourself bathing suit bottoms seem more appropriate for a German tourist visiting a nudist colony, they worked for the shipwrecked look of the movie.

Timothée Chalamet and Armie Hammer in “Call Me By Your Name”: A- 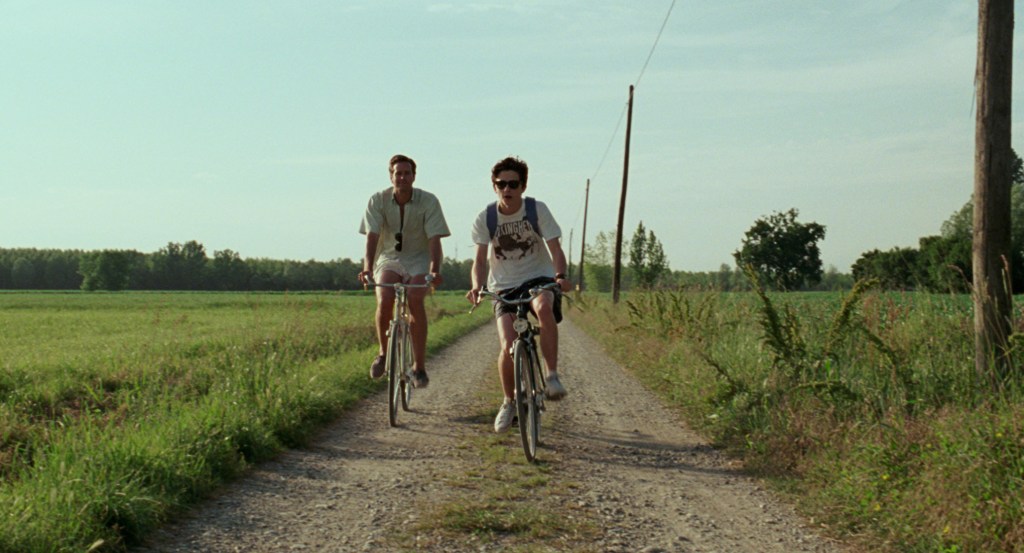 Armie Hammer and Timothée Chalamet in “Call Me By Your Name.”  Frenesy Film Co/Sony/Kobal/Shutterstock

Both are well-studied examples of major Eighties moments: Chalamet in the European teen go-to of an oversize “Talking Heads” T paired with micro-print boxy swimsuit and bright-color backpack; Hammer in the preppy American look of pastel button-down and athletic short shorts. What more could you want from a summer wardrobe?