Numerous studies have shown that looks can result in a major swing of votes from one candidate to the next. So style does matter — and, here, WWD grades the field.

The Democratic presidential candidates for the upcoming 2020 election.

The second round of debates among the 20 candidates seeking the Democratic party’s presidential nomination are Tuesday and Wednesday. Sure, their policies will be more important than their fashion sense, but numerous studies have shown that looks can result in a major swing of votes from one candidate to the next. So style does matter — and, here, WWD grades the field. 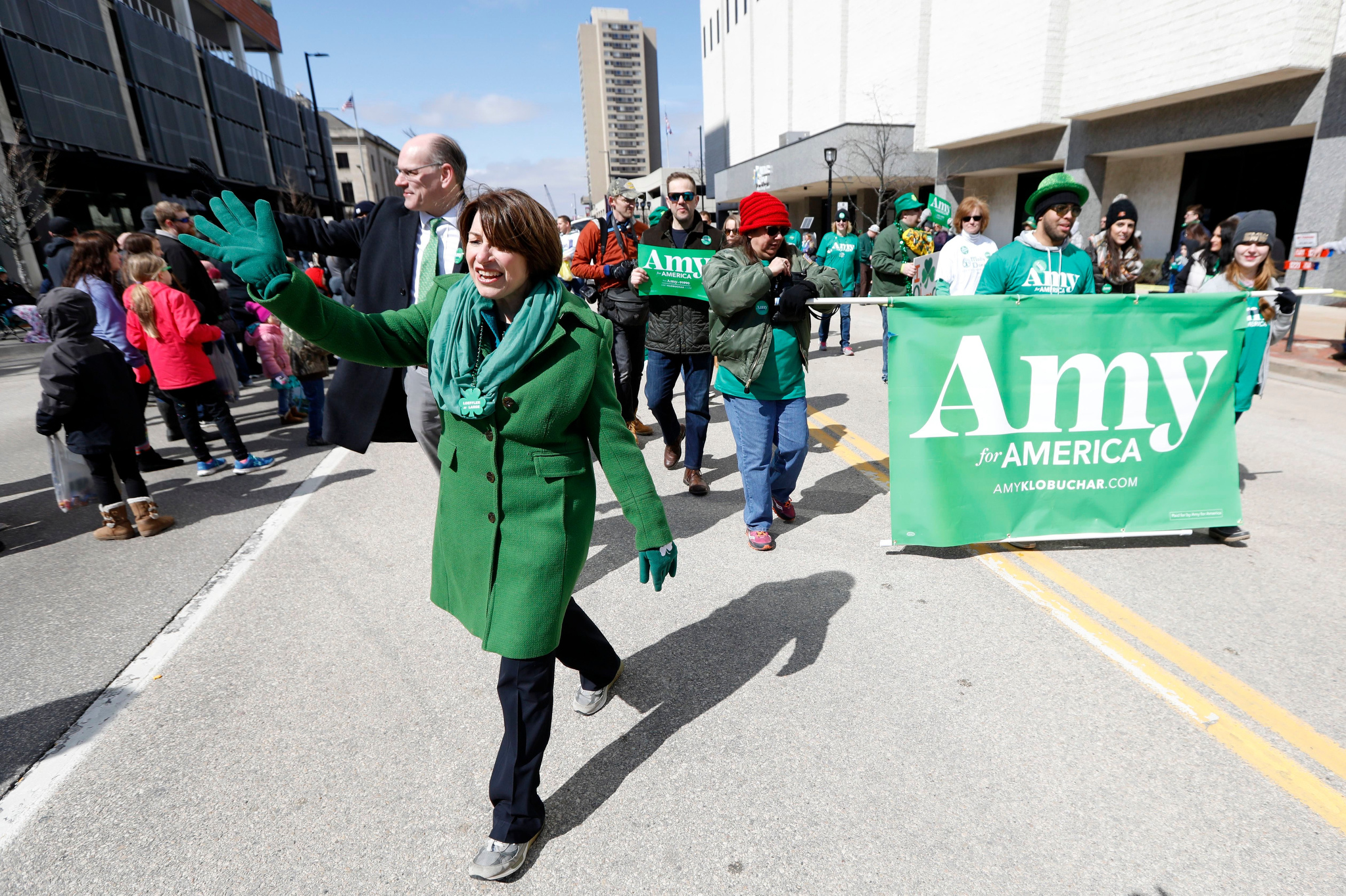 We appreciate a commitment for the Irish holiday. Sticking to a kelly green would’ve been more precise; the teal scarf feels less coordinated. But bonus points for the effort. 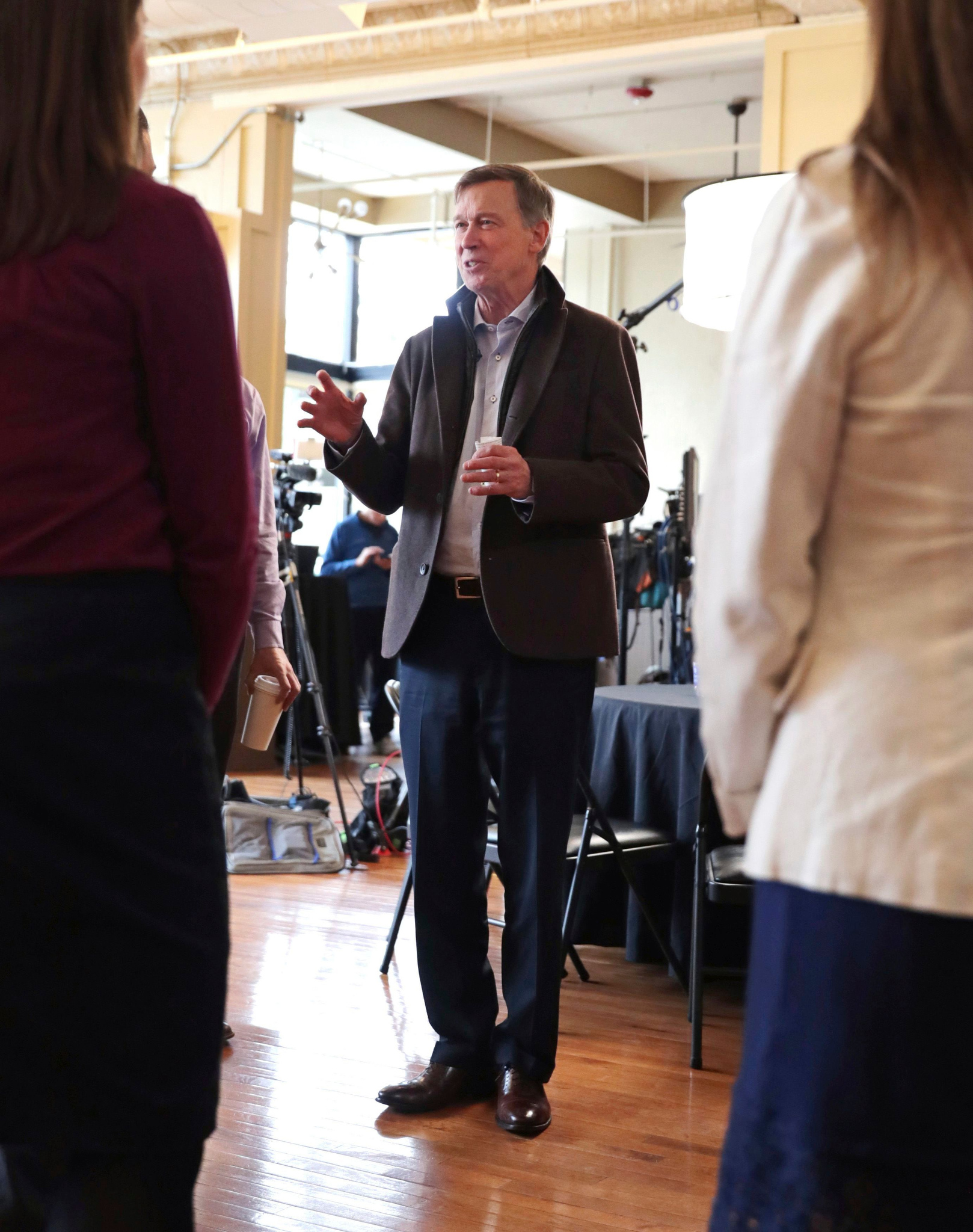 He’s dressed like a ceo off-duty. The layering of the outerwear vest underneath the blazer — with the dark pants — feels very Ivy League. He might have an issue relating to the masses, but he’s very appropriately dressed for a shopping spree in Milan. 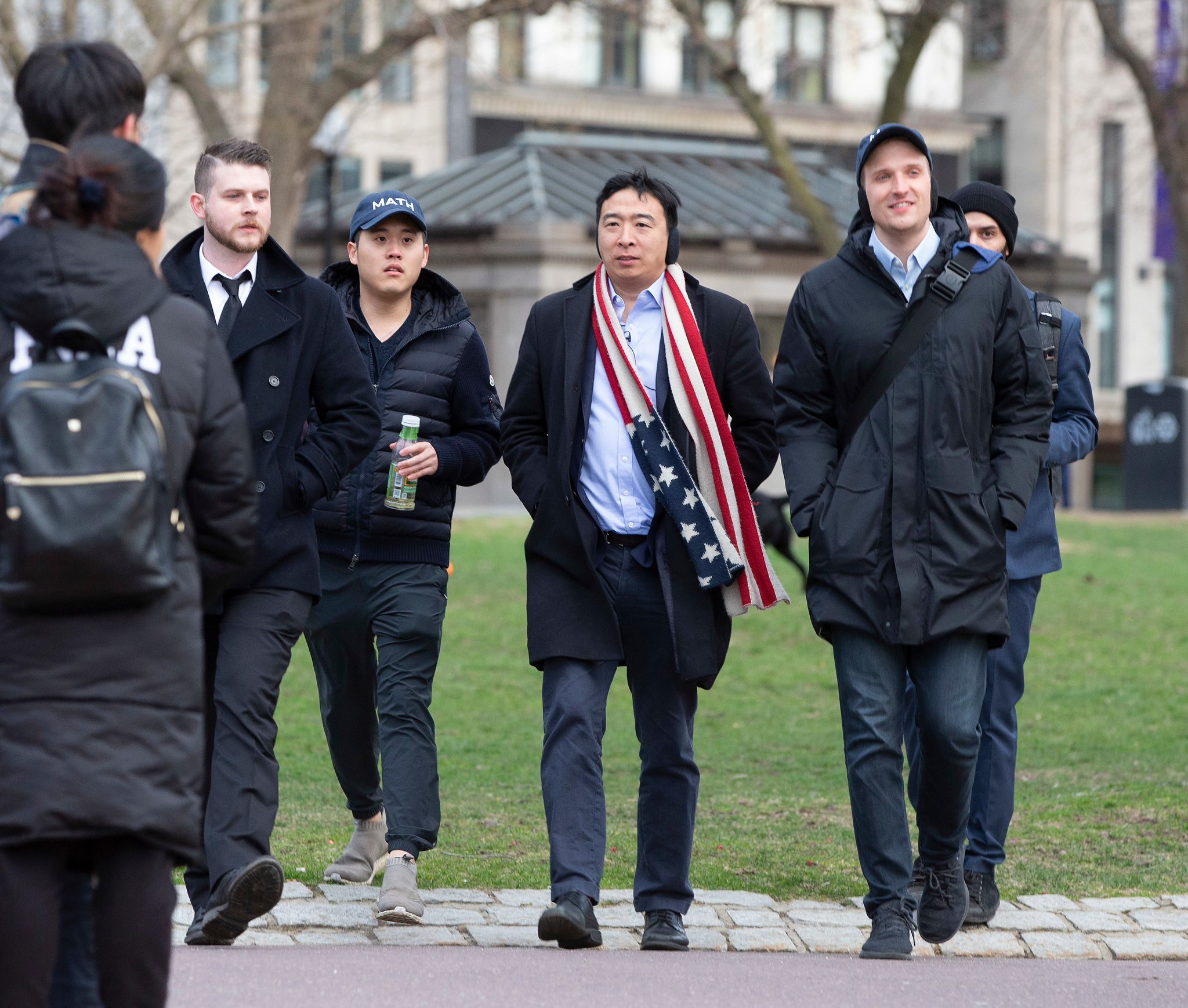 We love the American flag, but unless you’re an Olympic skier representing the U.S., leave the patriotic scarf at home. We understand the cold temperatures, but ear muffs, really? 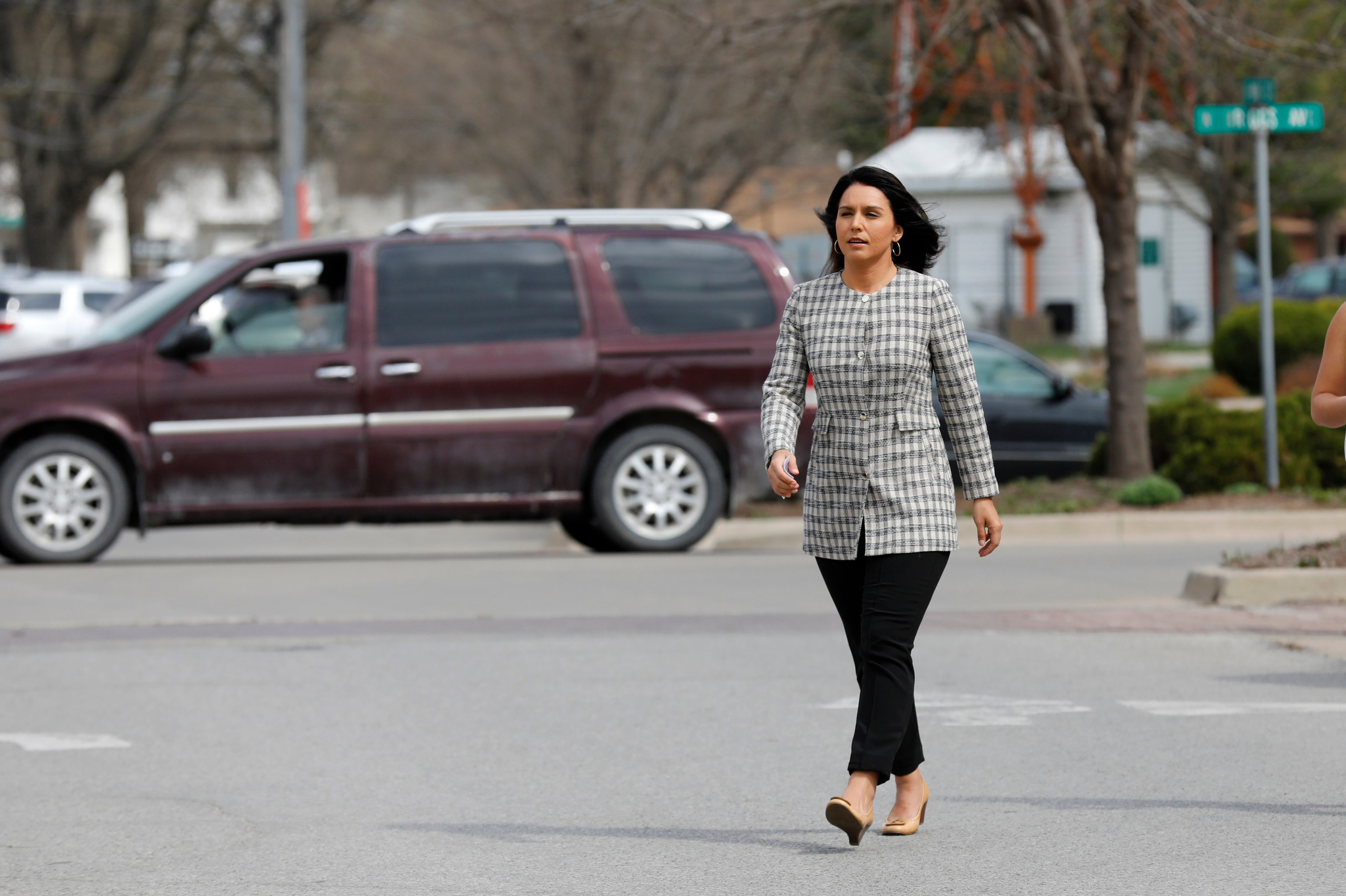 She appears elegant, simple and powerful — everything a presidential candidate should look. The tweed-like elongated blazer suits her very well and is a very flattering silhouette. And what’s not to love about a nude pump? 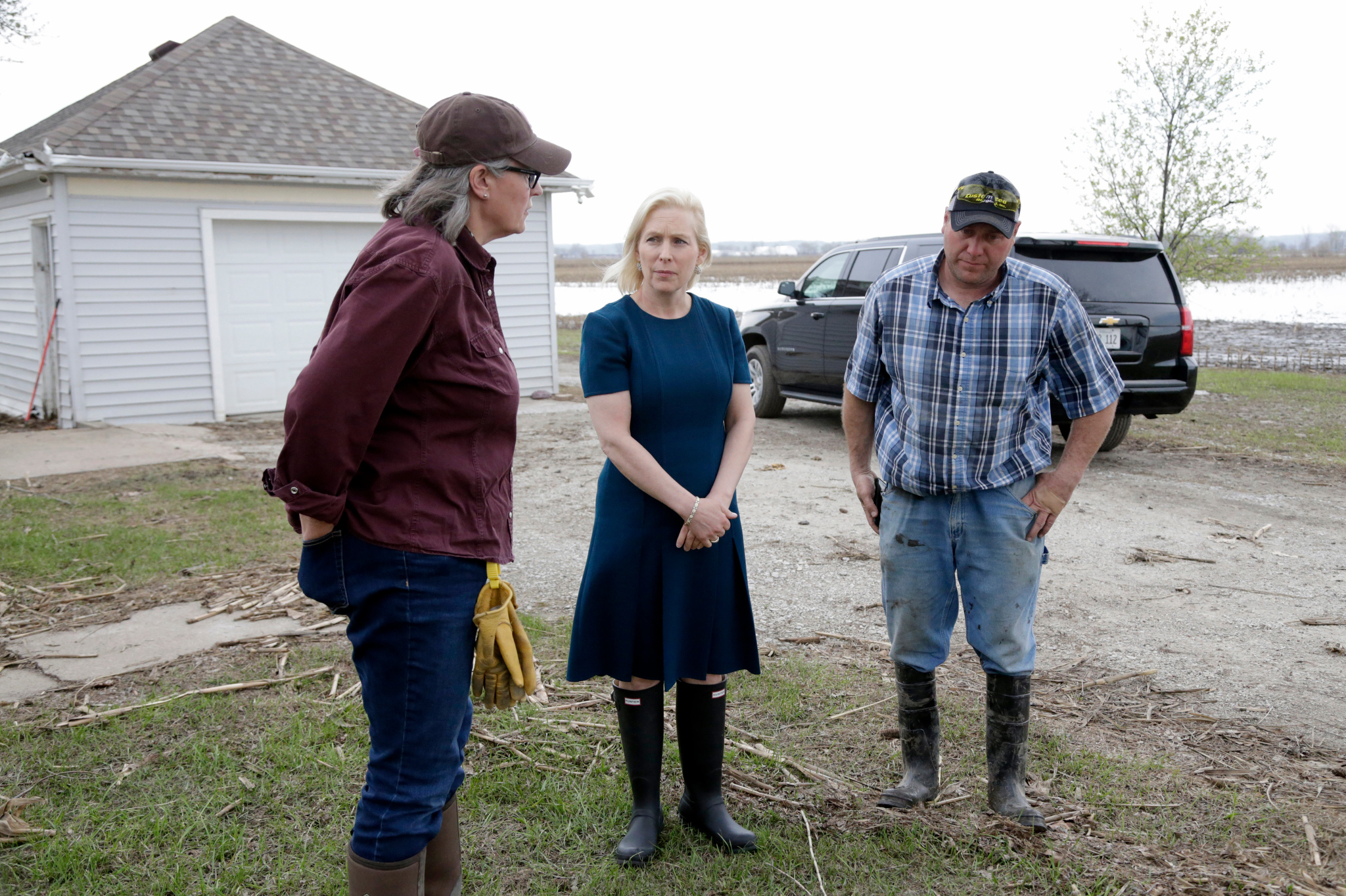 She’s taking a cue from the country chic aesthetic of Elizabeth II. It’s functional yet also fashionable. We do like the minimal lines on the dress. It’s simple and it works. 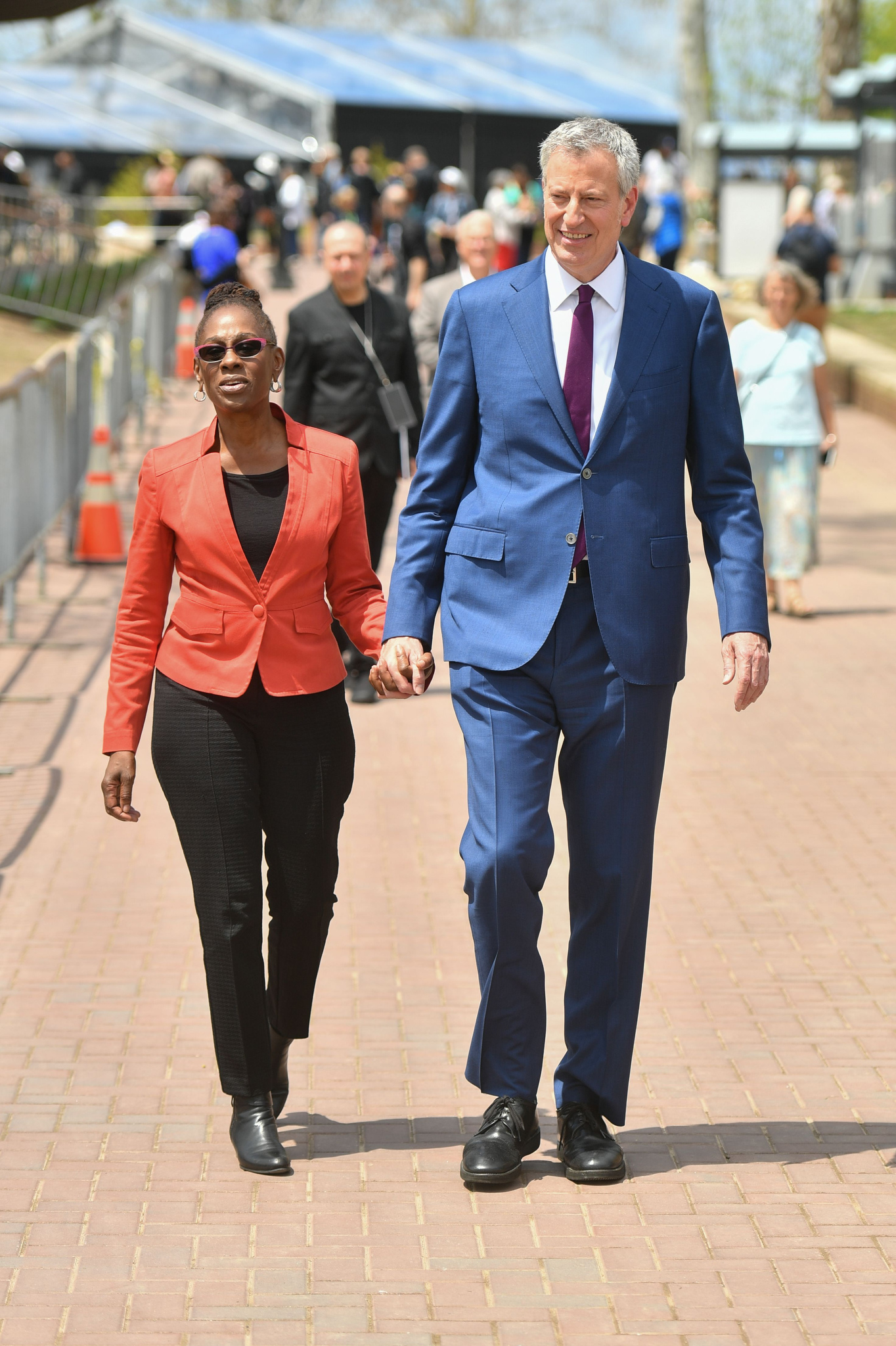 De Blasio needs a sartorial update. A stronger, better-constructed shoulder would make a better fitting blazer for him. The pants are an inch too short, especially for a man of his height, bringing attention to the orthopedic shoes. 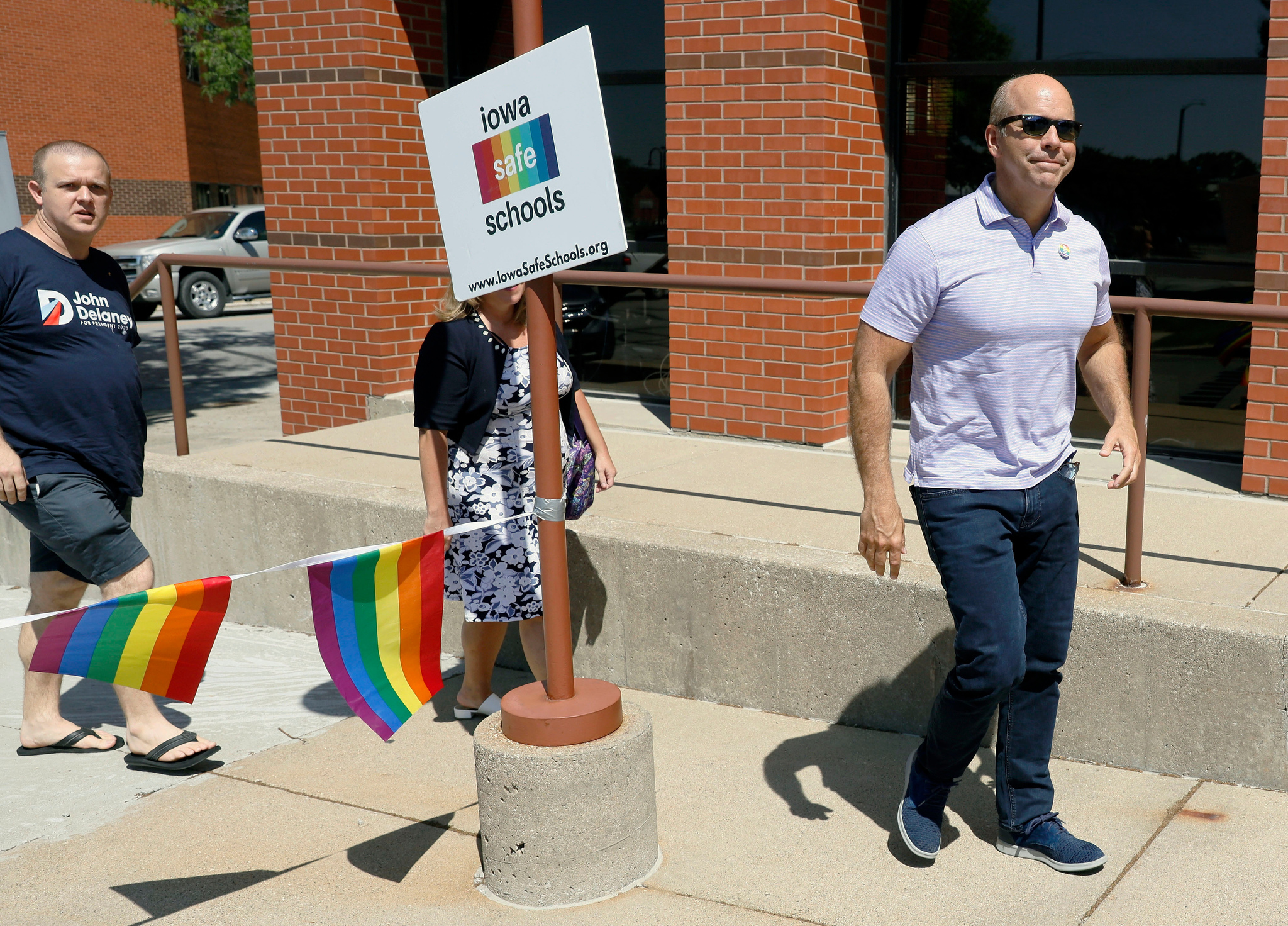 The lavender tight polo really showcases his dad bod — not sure if that is a political statement we can get behind. 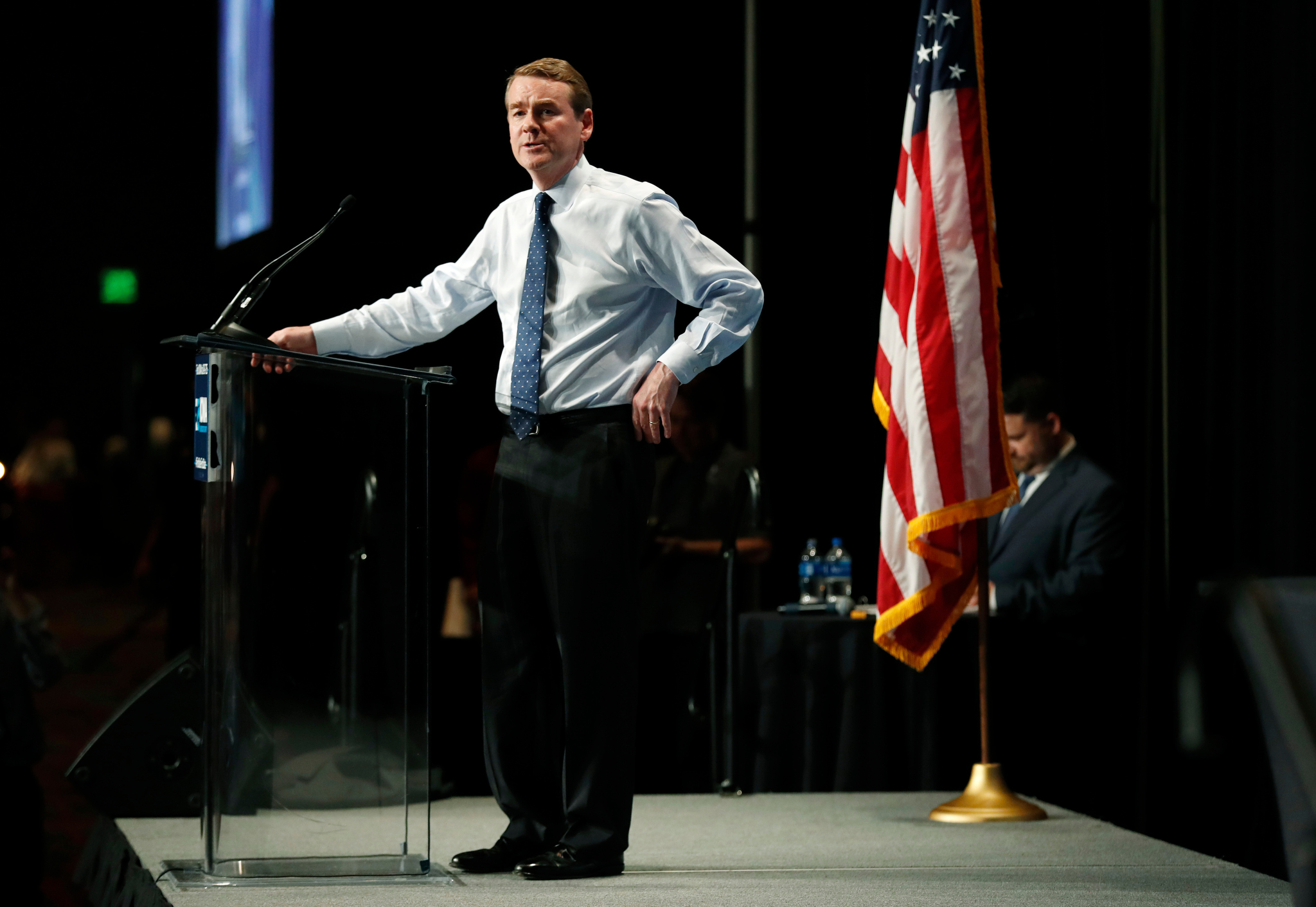 If you’re going to take your blazer off while talking to a crowd, make sure that the shirt is starched. Even his tie is wrinkled. Any pol should know a portable steamer on the campaign trail is a must. 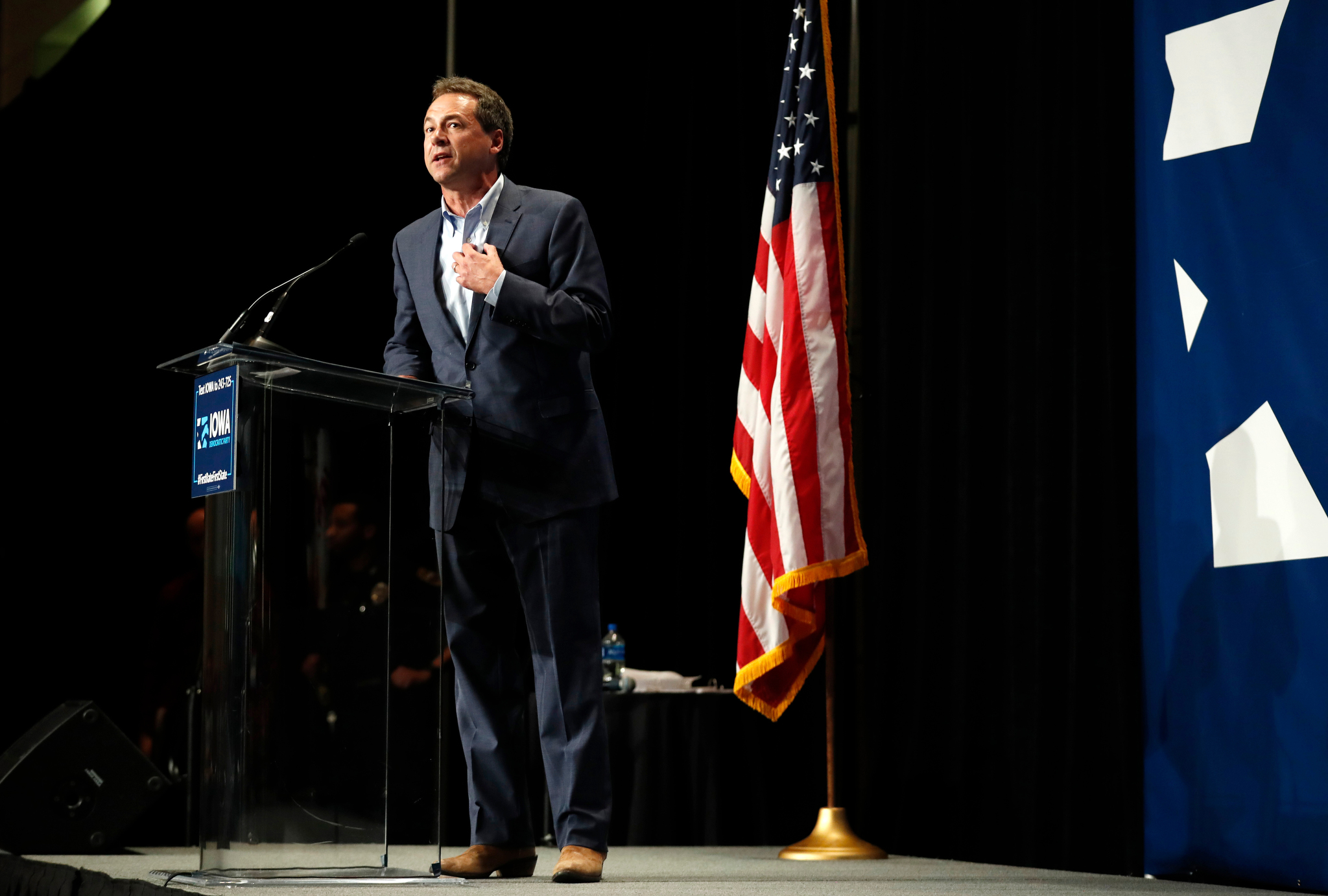 There is a history of successful politicians wearing cowboy boots. In those instances a cowboy belt was also part of the ensemble. He needs to go all the way or no way at all. 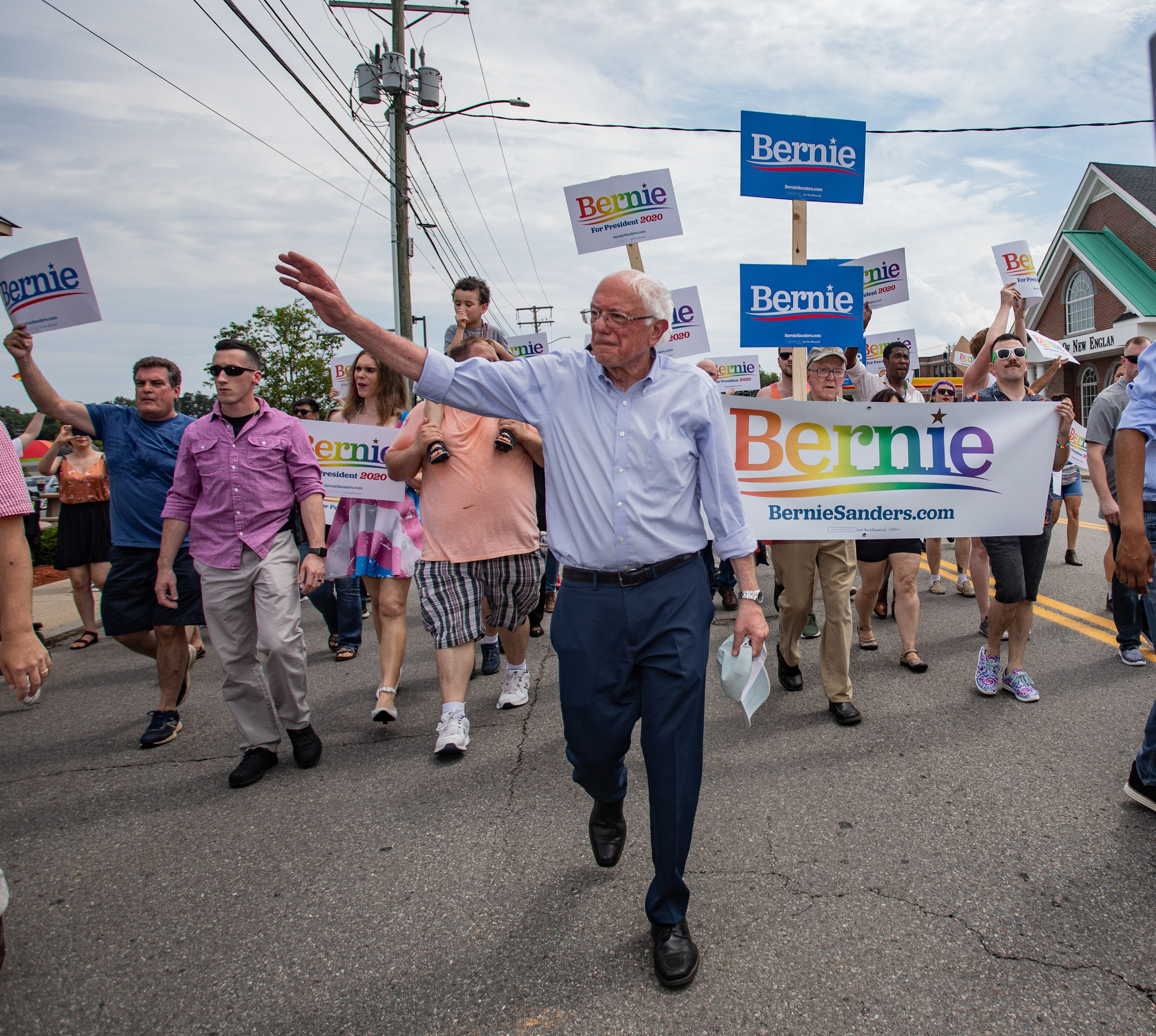 Bernie does Bernie. He always looks a little bit like a wet cat, or a character out of Dr. Seuss, but it works for him. The simple roll-up light blue shirt and blue slacks is his everyday uniform. 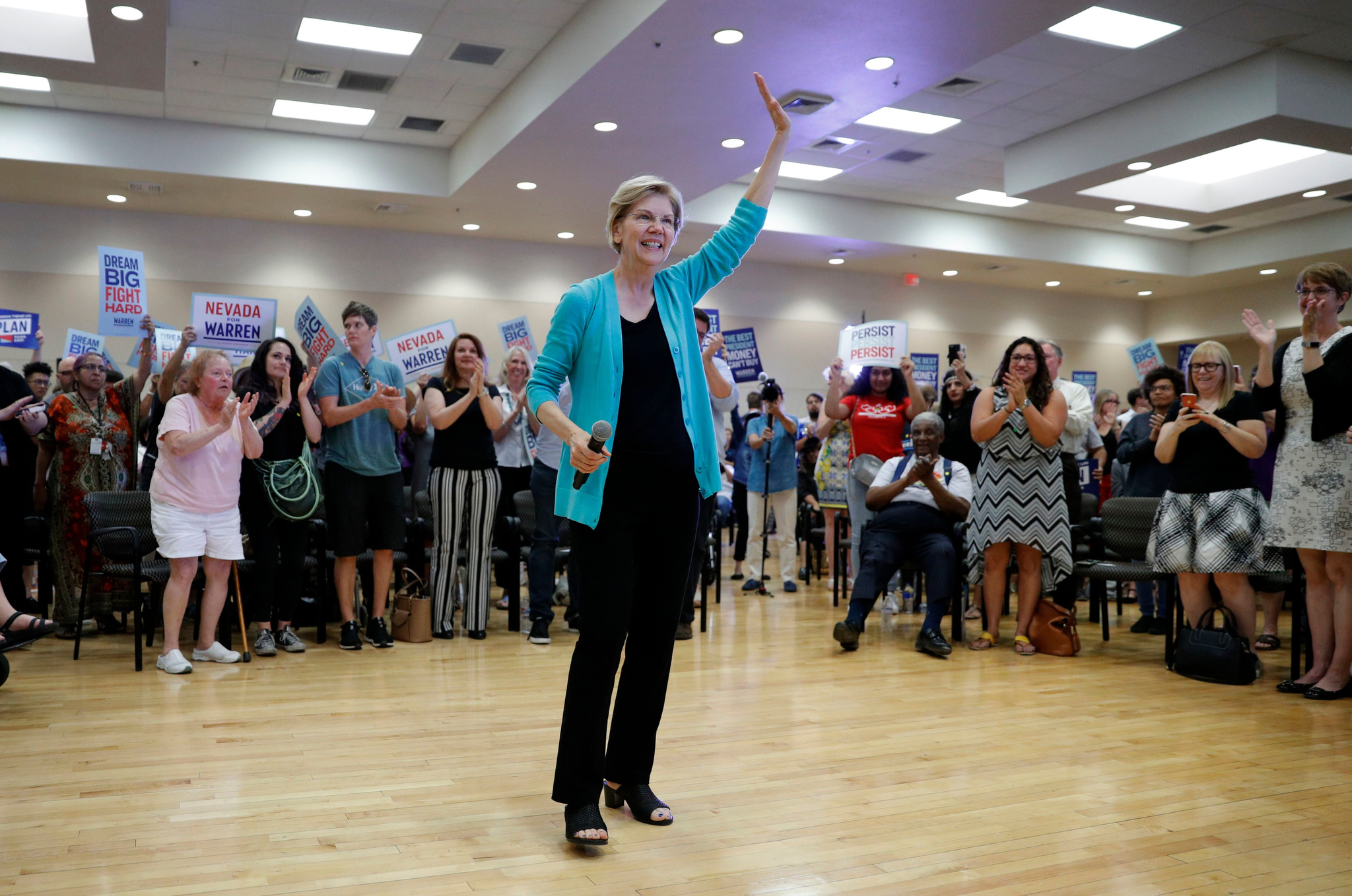 It’s good to learn new things about the candidates from their choices, and the open-toe sandal reveals a disco blue nail polish that relates to the color of her cardigan. She’s all about business but she has a fun side. 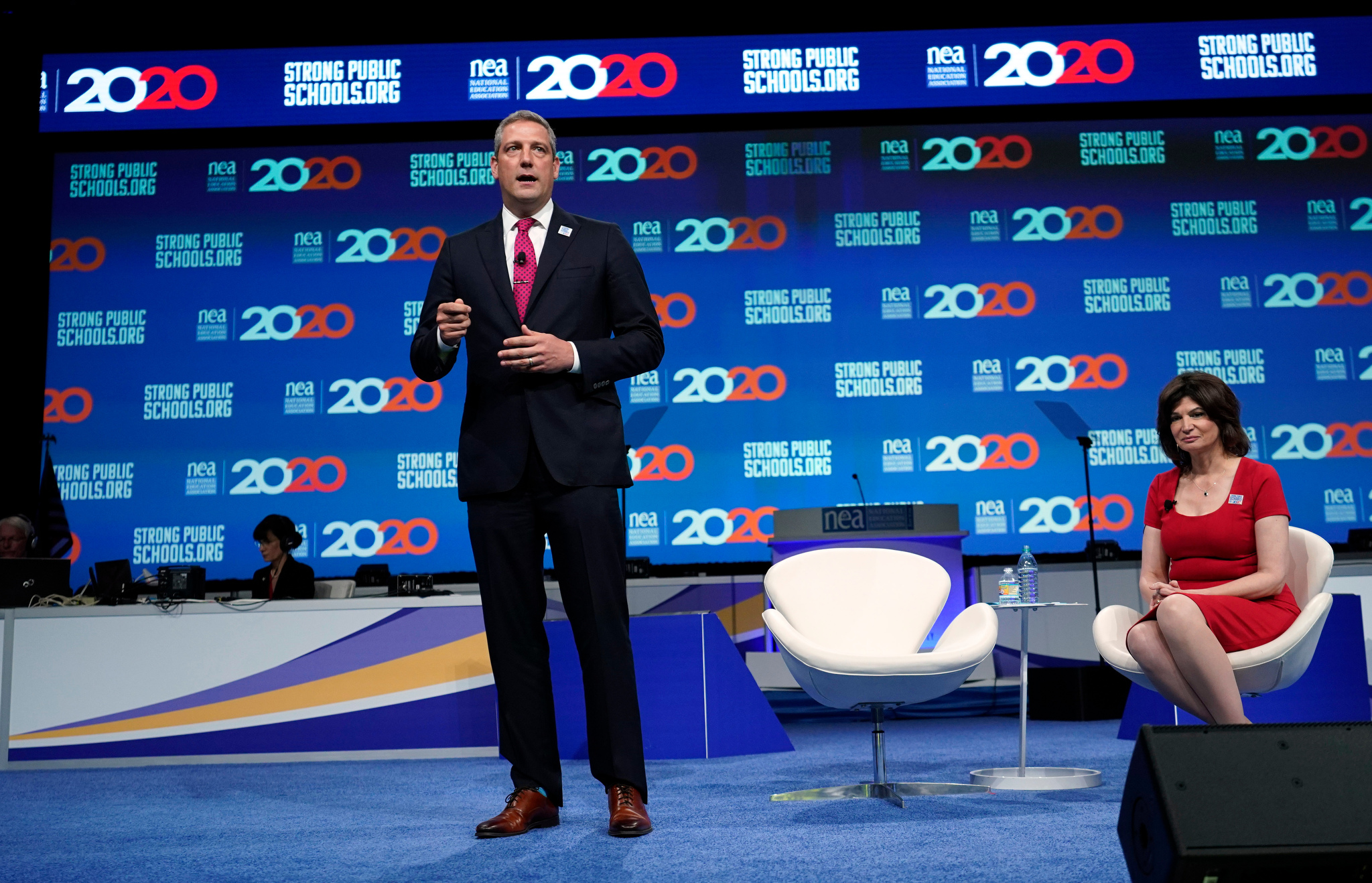 Tim Ryan likes fashion. The form-fitting suit, the pink polka-dot tie accessorized with tie bar, the brown two-tone lace-ups and bright blue sock show a flair for style — and we are all for it. 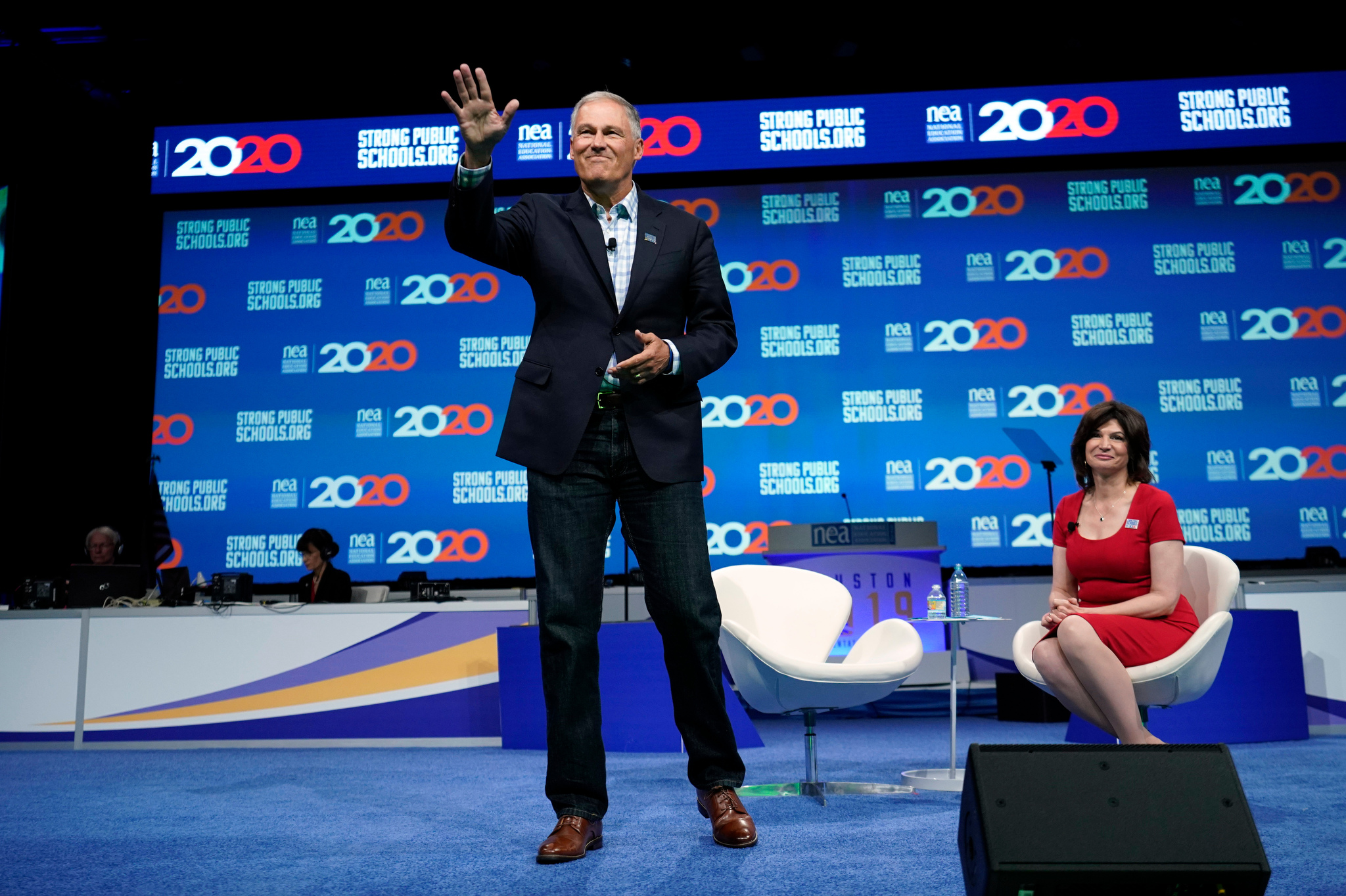 The plaid shirt seems like a strategic choice that might help him to be relatable, as with the dad jeans. He splurged on the shoes, which give the outfit much-needed polish. 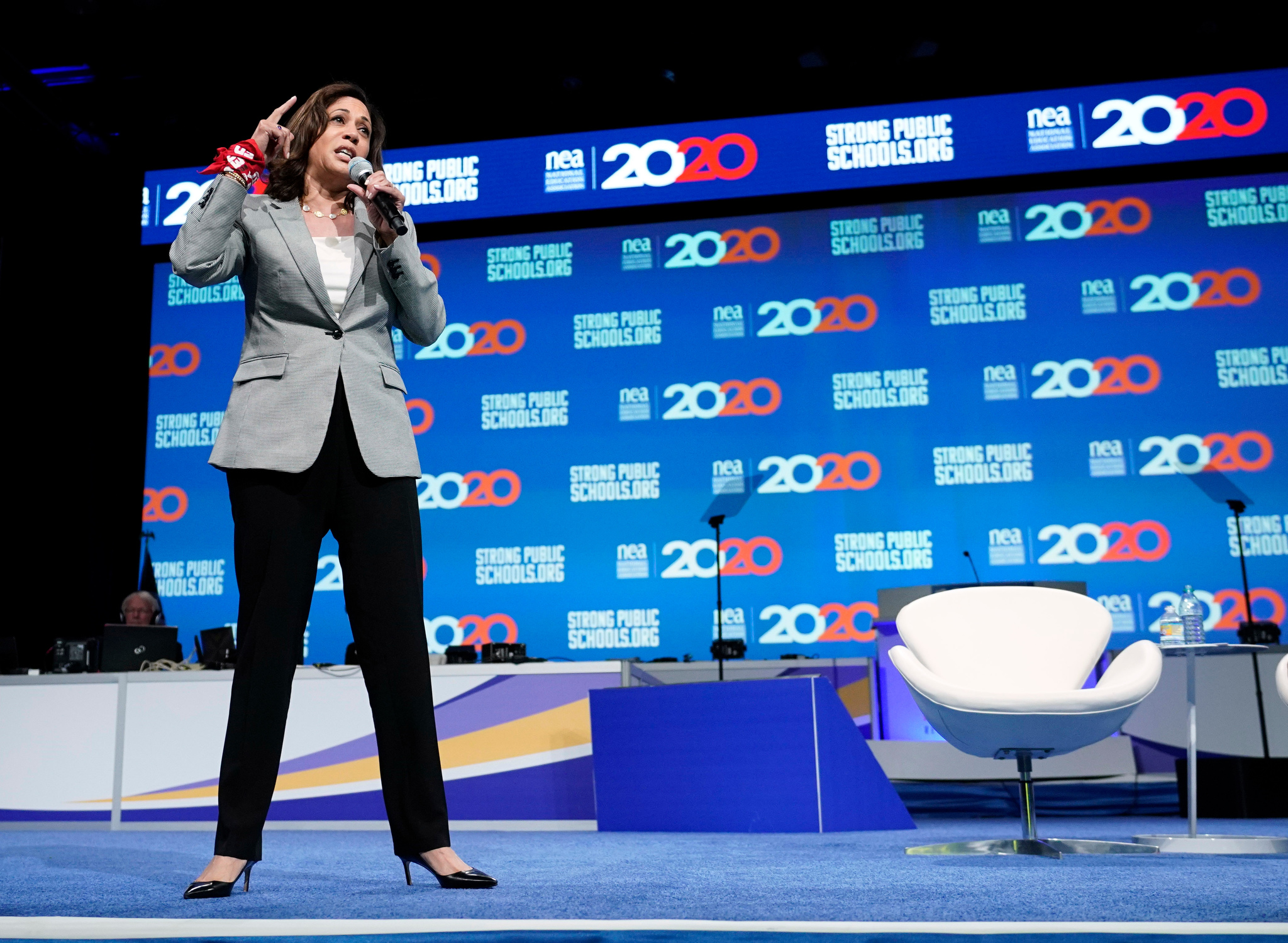 She looks very commanding and stylish but not overwhelming. We like the heel — the sleek shoe works for her. The jewelry feels very personal, which gives an authenticity. 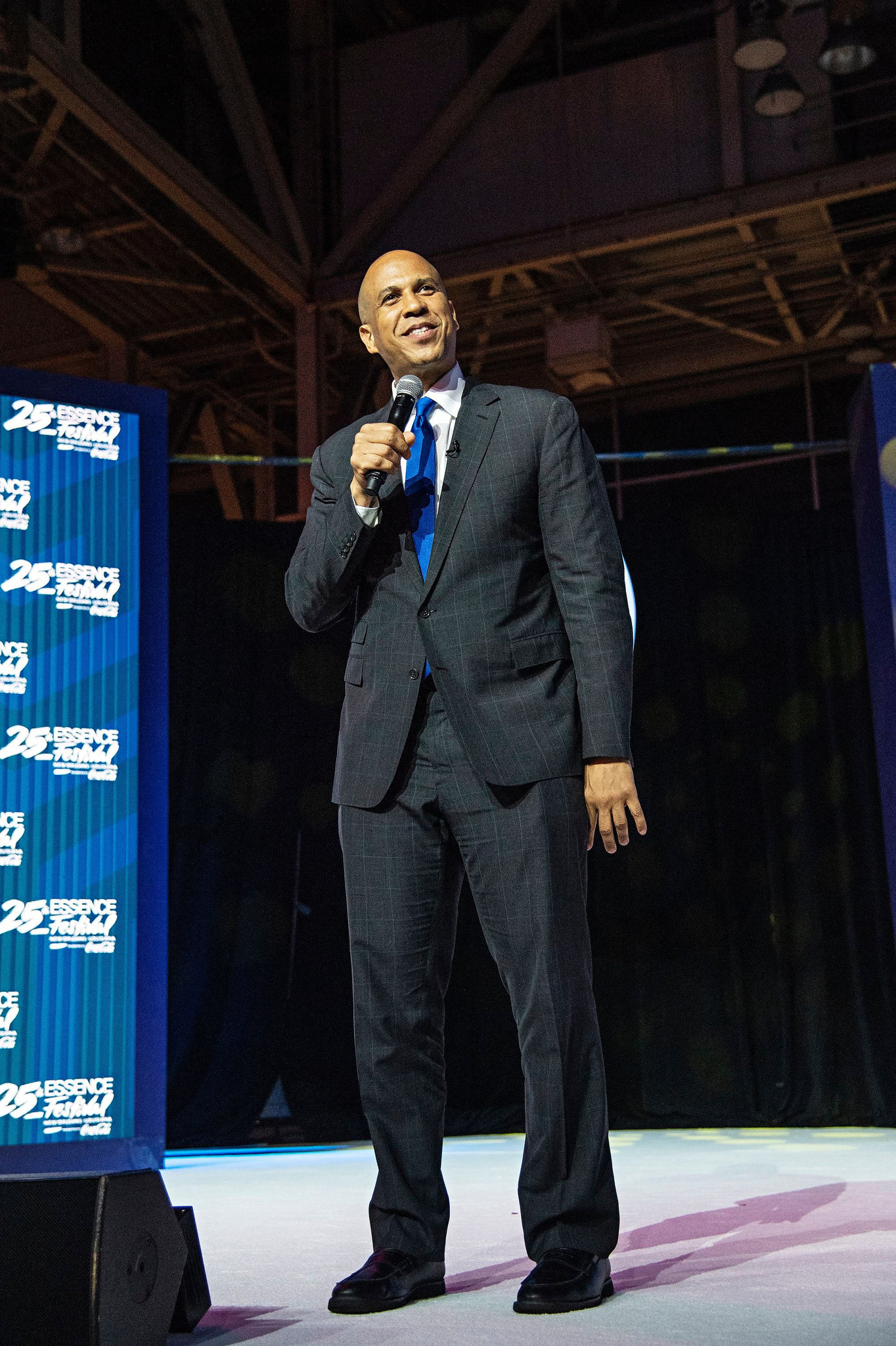 The bright blue tie is very typical political candidate. But in this outfit, it feels a little out of place. The windowpane suit, on the other hand, fits him well and is timeless. 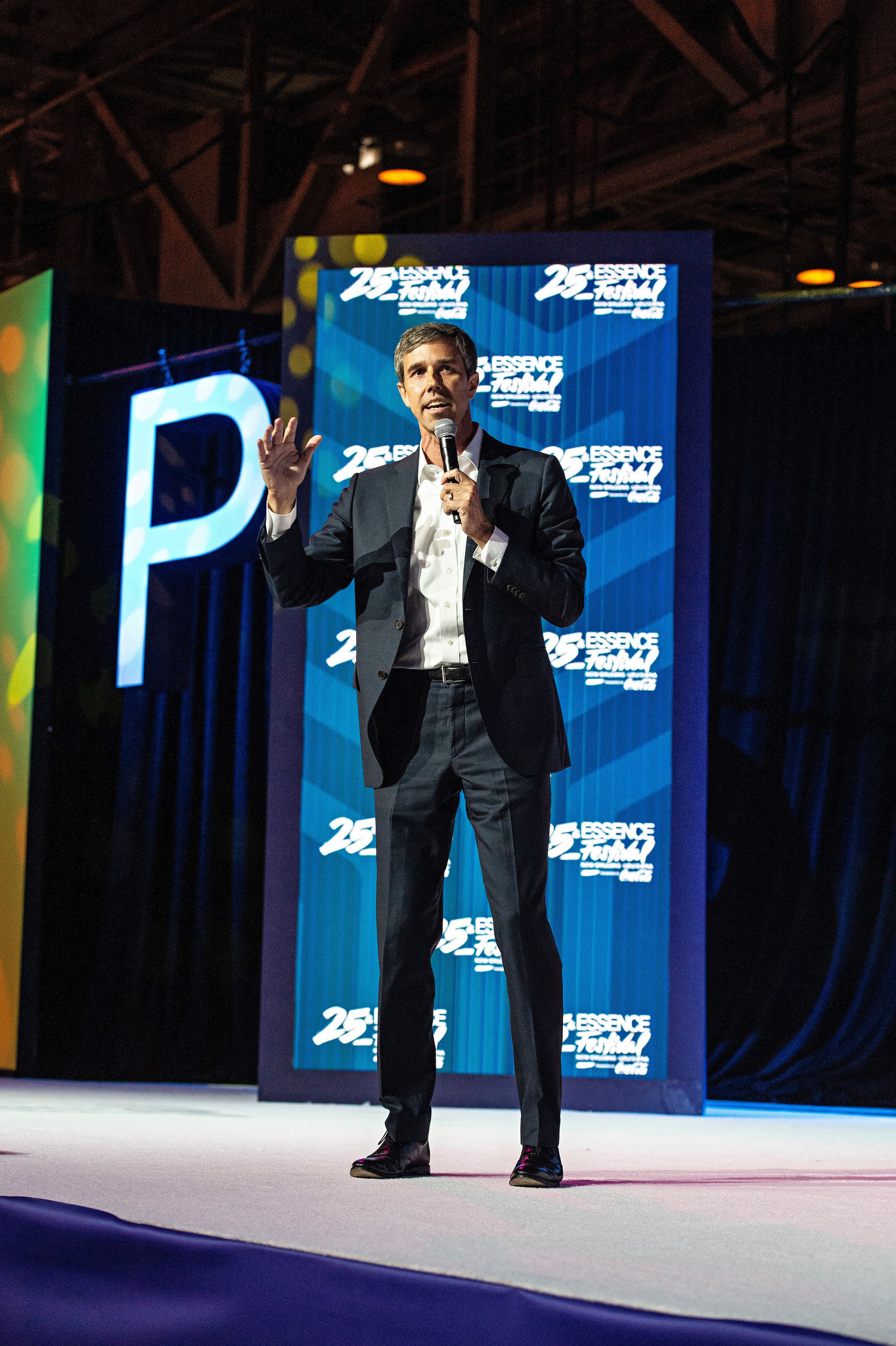 His long and lean frame help make clothes hang well on him. And he’s taking advantage of it; the form-fitting silhouette really empowers him, and the black-and-white combination, although simple, is timeless. 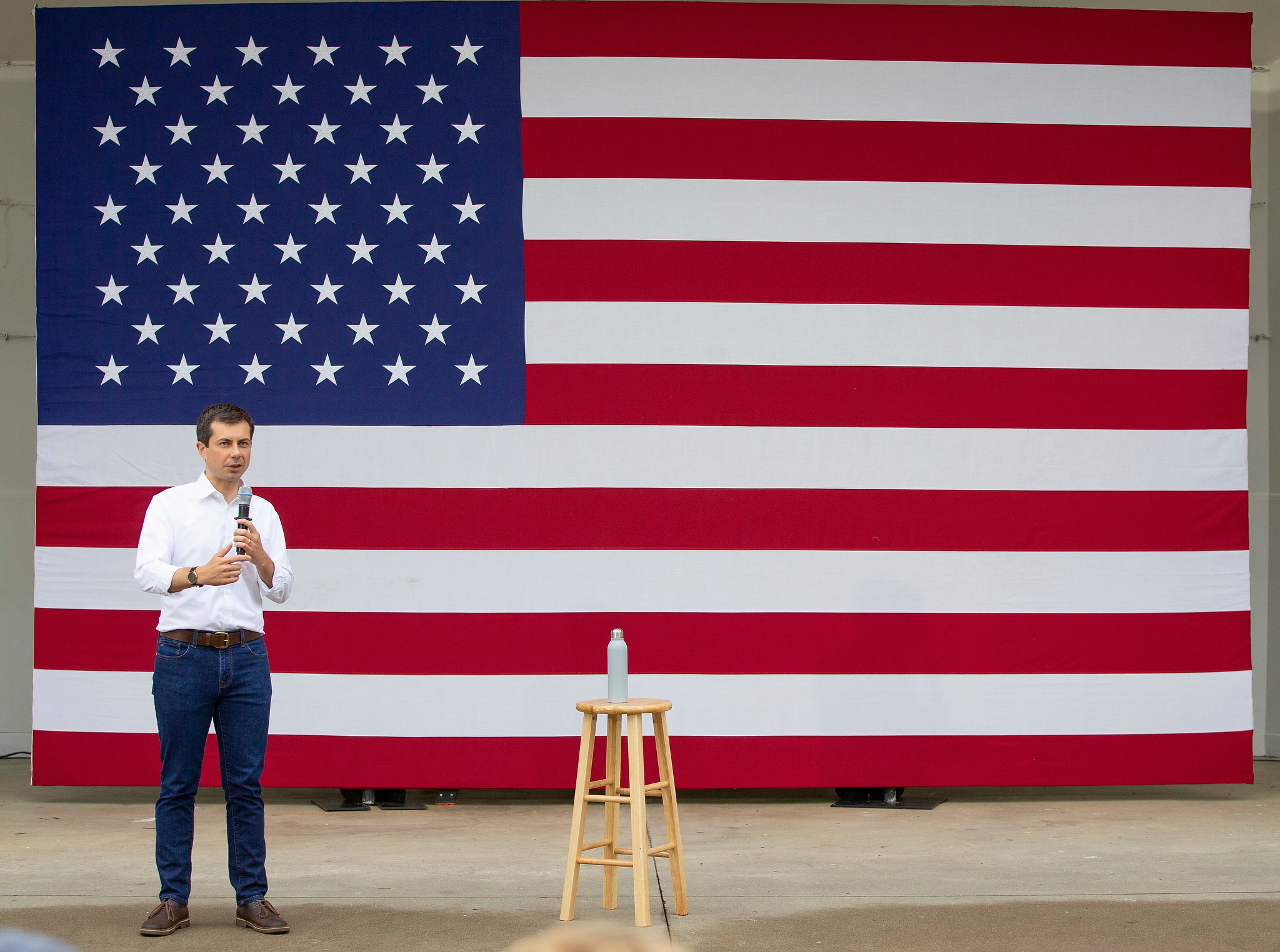 The thick leather belt and clunky desert boots seem a little granola on him. But the fitted jean with white shirt reads very youthful and fun. 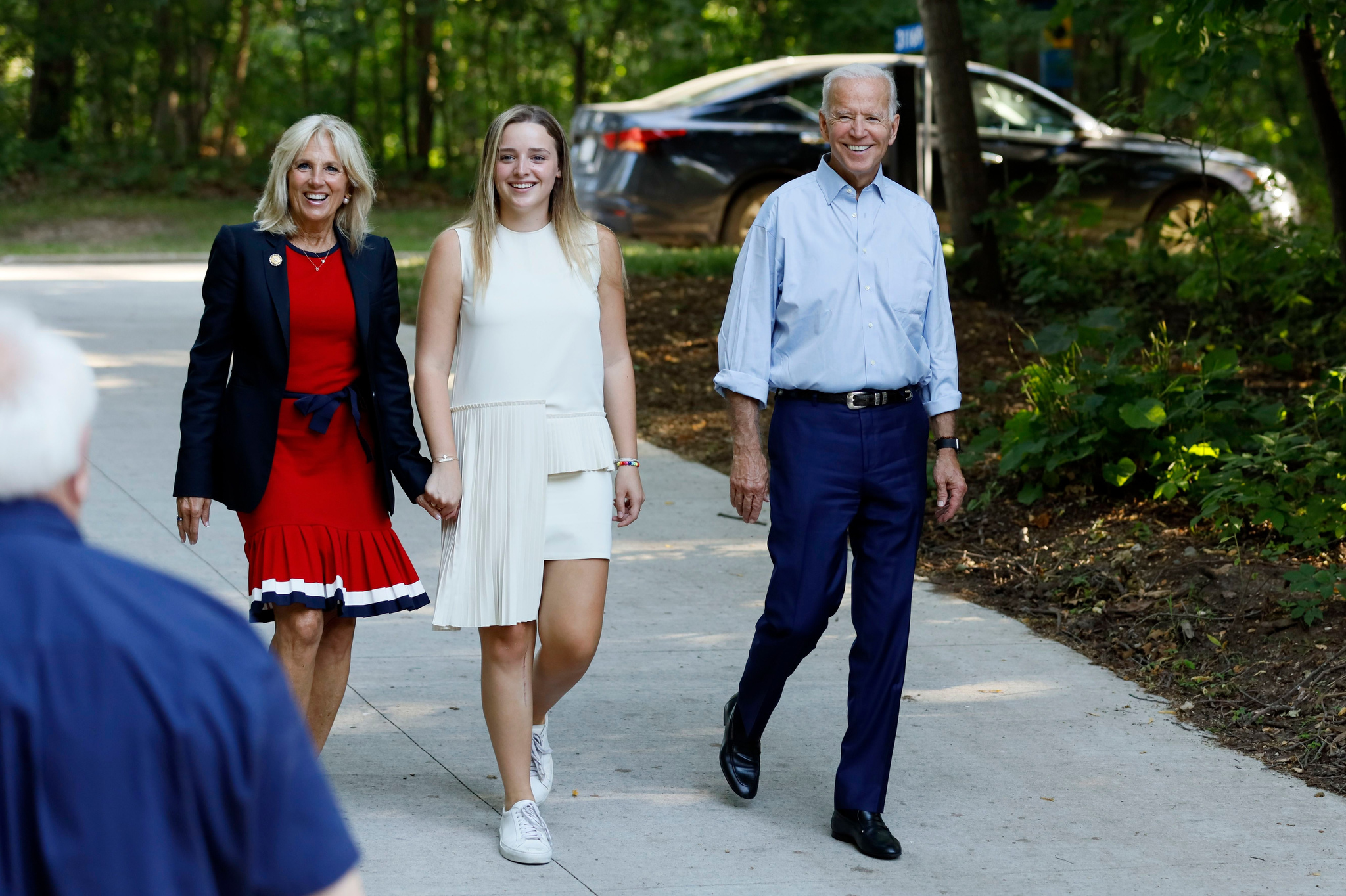 The light blue shirt and navy dress pant are basically politicians’ wardrobe staples. But Biden is spicing things up with a western belt and sleek loafers. If you pay attention, he’s wearing an Apple Watch with a bracelet next to it. He’s showing a dynamic side. 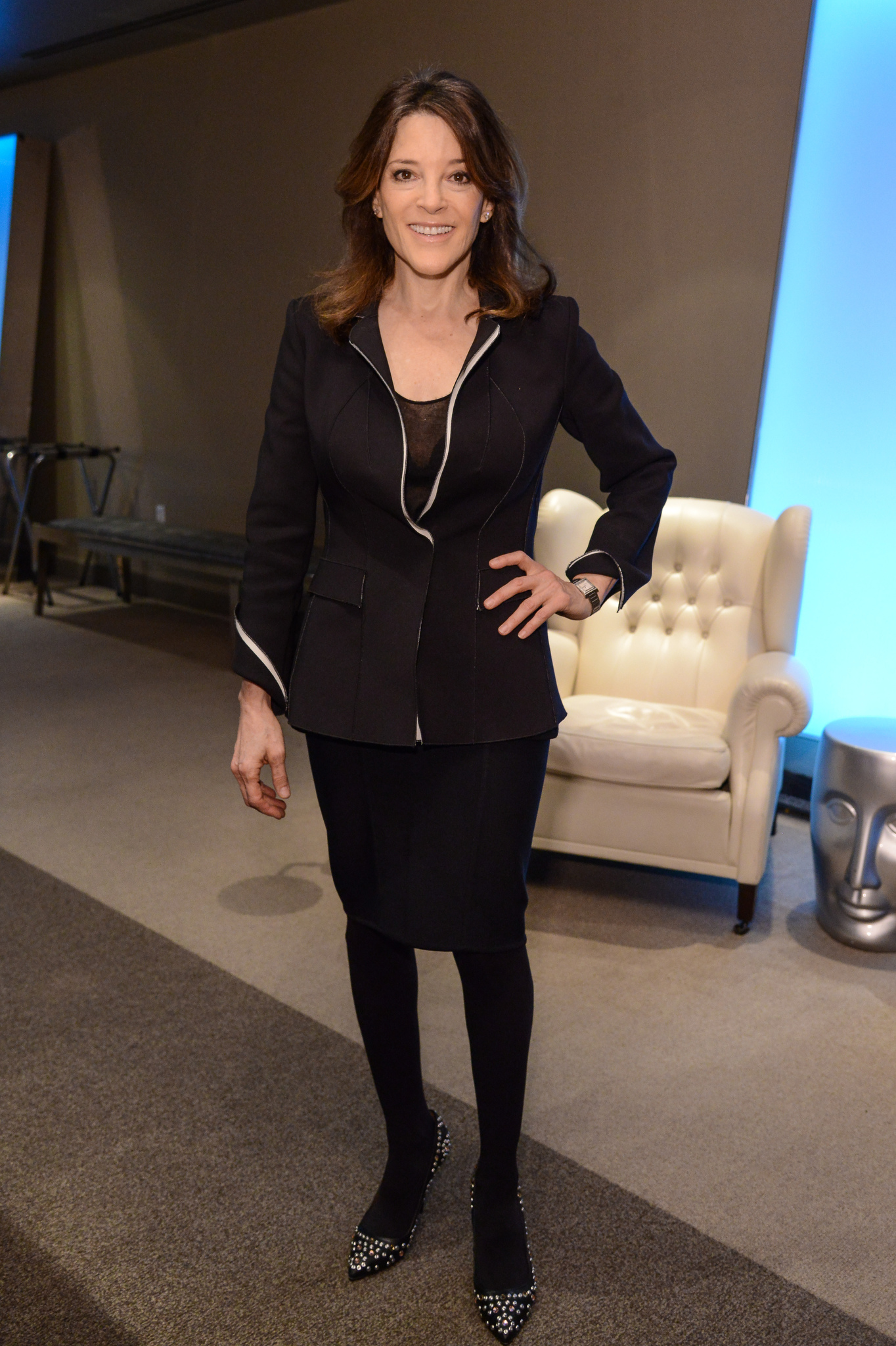 A black suit is a black suit, but the metallic detailing on the lapel gives it an edge. The ultra dark tights, though, look more like workout leggings. The studded pumps are a little intense. 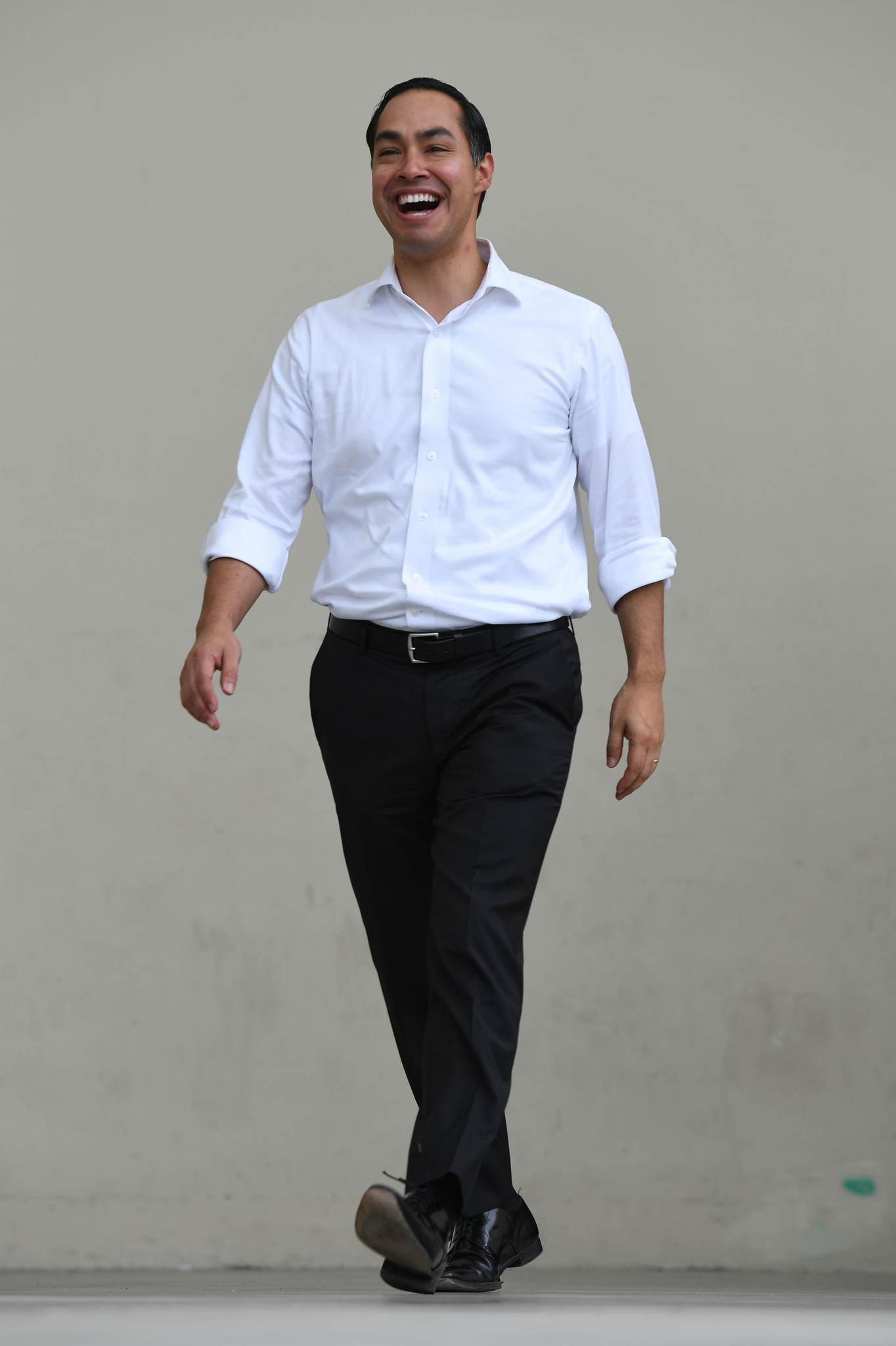 When wearing a simple white shirt and black pants, you risk being confused for a bartender. We’re about to ask him for a tequila soda.