In honor of "The Crown" returning this weekend — which introduces the Princess Diana character — a look at the royal's history-defining style.

By Leigh Nordstrom and Alex Badia on November 13, 2020

Breaking down Princess Diana’s fashion, as “The Crown” returns for season 4. 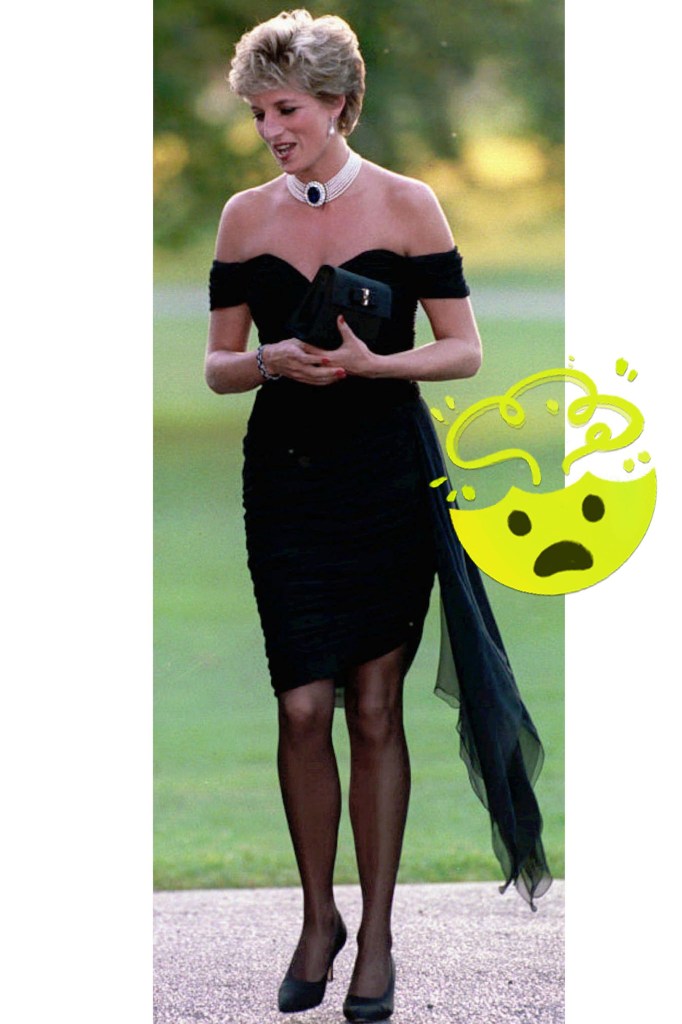 What became known as the “revenge dress” is one of the most iconic moments of Princess Di’s fashion history. The off-the-shoulder neckline and body-hugging silhouette showed a sexier side of the princess. This was not only a style moment but an insight into her understanding of the power of fashion. 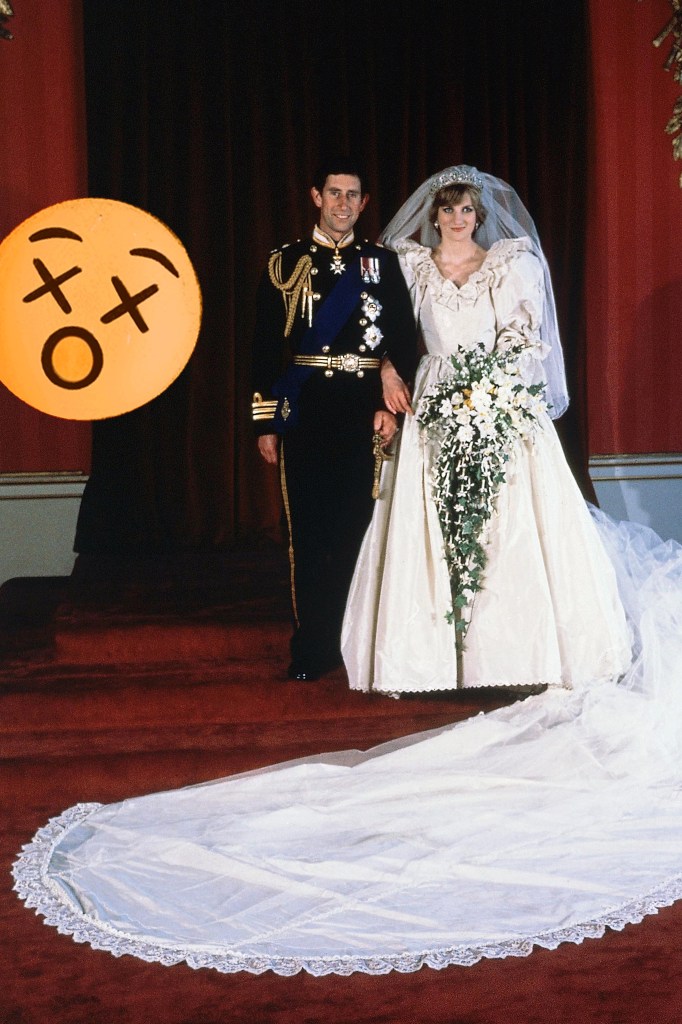 The gown at the center of the most-watched wedding of the last century exuded total Eighties vibes with the exaggerated voluminous sleeves, ruffle neck detail, a 25-foot train and stitched-on pearls numbering 10,000. If you’re going for the perfect princess wedding dress, this is it. 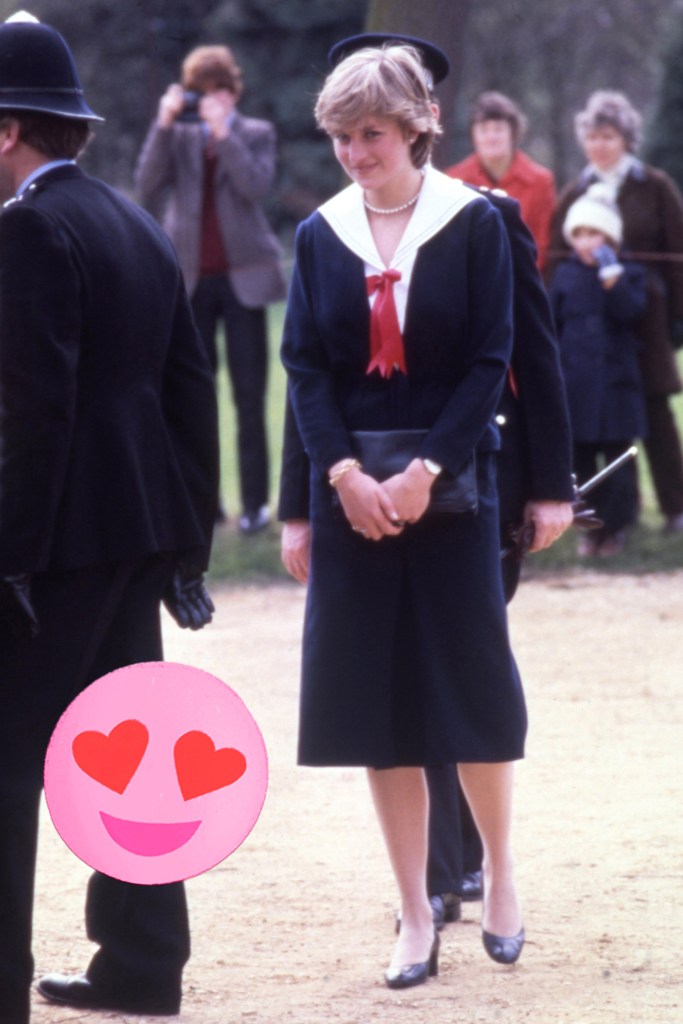 The youthful sailor-inspired ensemble really encapsulated Lady Diana Spencer’s fashion roots and enhanced her naivete. In those early days it was hard to tell she was going to become a global fashion icon, but one thing’s for sure: the whole world fell in love with her. 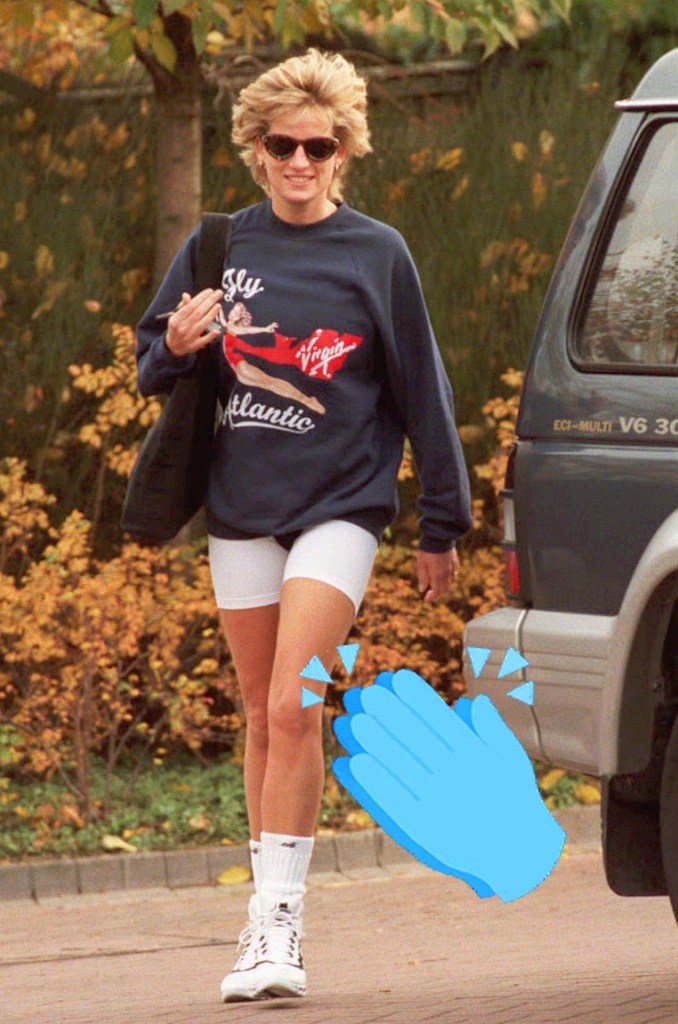 The Princess Diana, 1995. for her daily exercise session. An interview with the Princess on a wide range of topics will be broadcast by the BBC on Monday. (AP Photo by Adam Butler/PA)  Adam Butler/PA/AP

The working-out princess remains a total fashion inspiration today — especially during COVID-19 casual times. The Virgin Atlantic oversize sweatshirt paired with the white leggings, tube socks and sneakers is as strong a style statement as any of the head-turning red carpet moments. We all want to go to the gym channeling Princess Di. 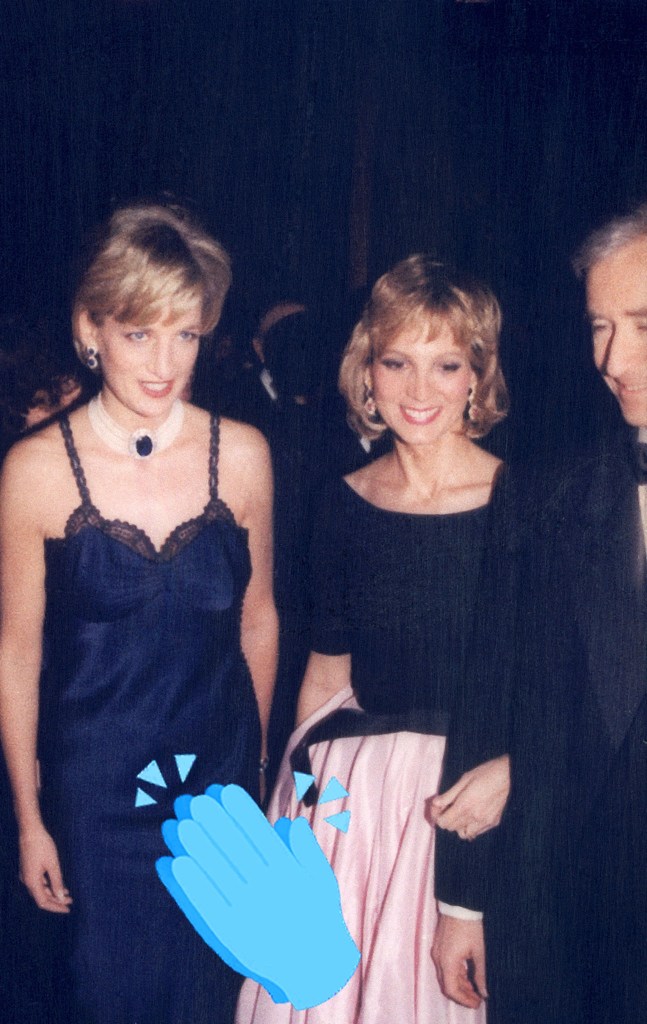 What’s not to love about a Nineties Dior slipdress? This was controversial then and still would be headline-making today if the younger royals wore this during an official outing. The incredible jewelry that Princess Di always mixed her looks with brought this Nineties statement into an iconic style moment. 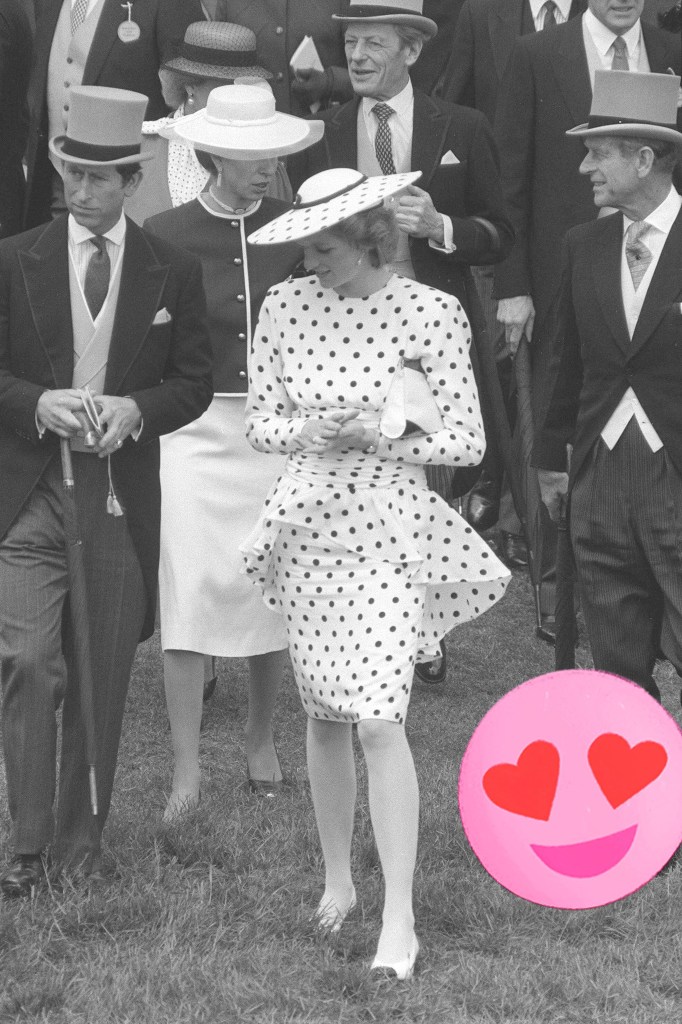 The 1986 polka-dot dress with matching hat and white stockings is major Eighties fashion, but it could look straight off a runway from one of the fashion-forward brands right now. Although at the time this look got mixed reviews, Princess Di made everything indisputably chic. 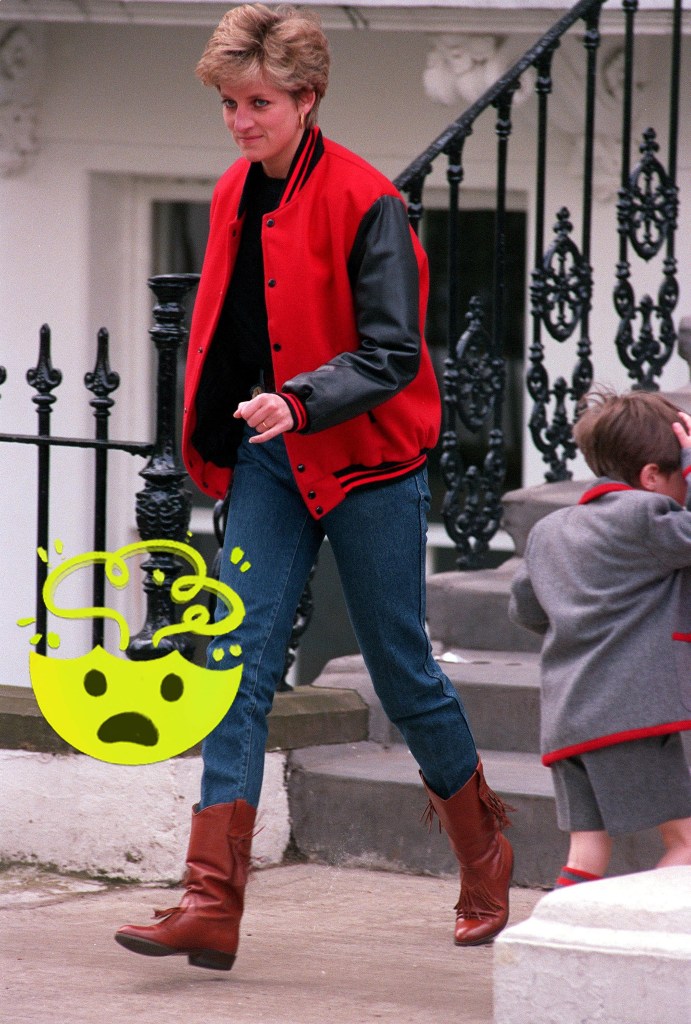 In this off-duty princess look, she shows her infatuation with American culture. The fringed Western boots, fitted denim and varsity jacket created the ultimate cool street style. This look is still amazing: picture it on any of the street-style blogs from Paris Fashion Week. 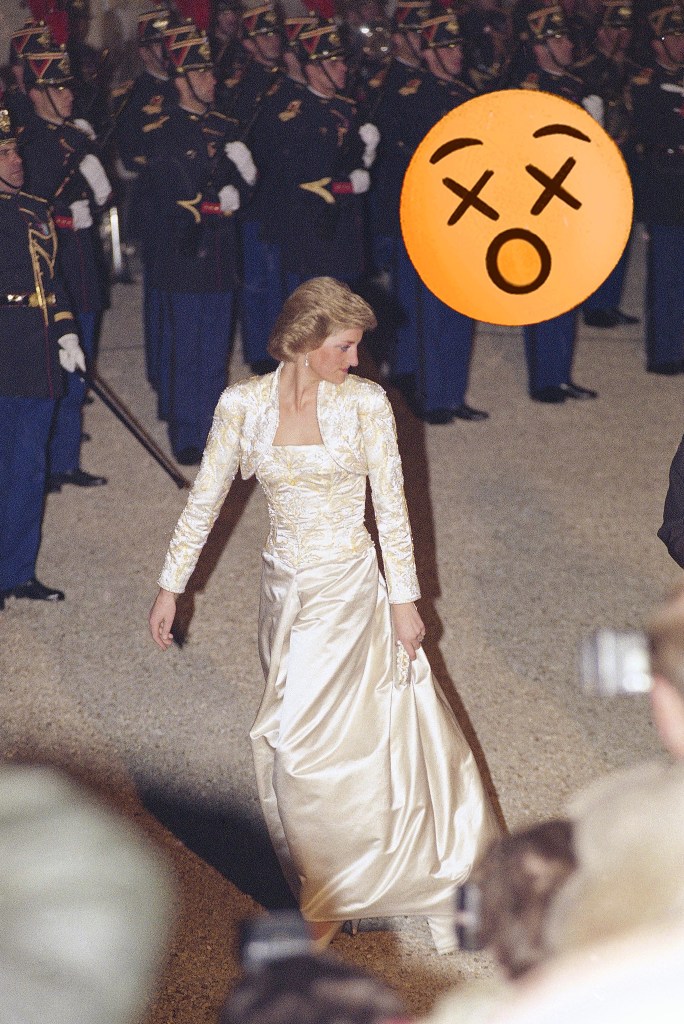 There is something incredibly royal about this ensemble, which would be the envy of every queen in the world — real or fictional. The ivory satin silk gown with the crystal-encrusted bolero jacket isn’t only timeless, it’s plain fabulous, too. We miss you, Princess Di.