WWD Report Card: The Most Memorable of the Decade

Meat dresses and puffer coat gowns: the 2010s get graded.

By Leigh Nordstrom and Alex Badia on January 2, 2020

Here, WWD chooses the iconic red-carpet moments of the 2010s: the good, the bad and the defining. It’s clear the most fun comes when celebrities take risks. And as the first red-carpet season of the New Twenties gets ready to kick off this weekend with the Golden Globes, here’s hoping there’s more bravery than blandness in the years ahead. 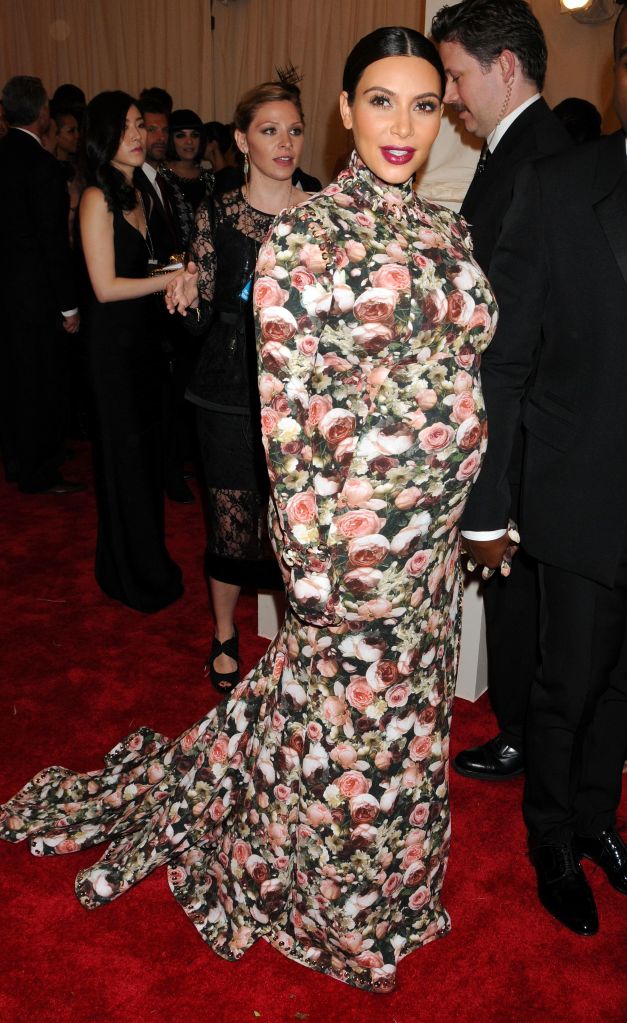 This has been the Kardashian decade without a doubt, and nothing solidified that like Kim’s debut at the Met Gala in 2013, wearing this Givenchy floral maternity dress. The Internet went crazy with memes of her being compared to a side table in a British countryside home — and we couldn’t agree more. 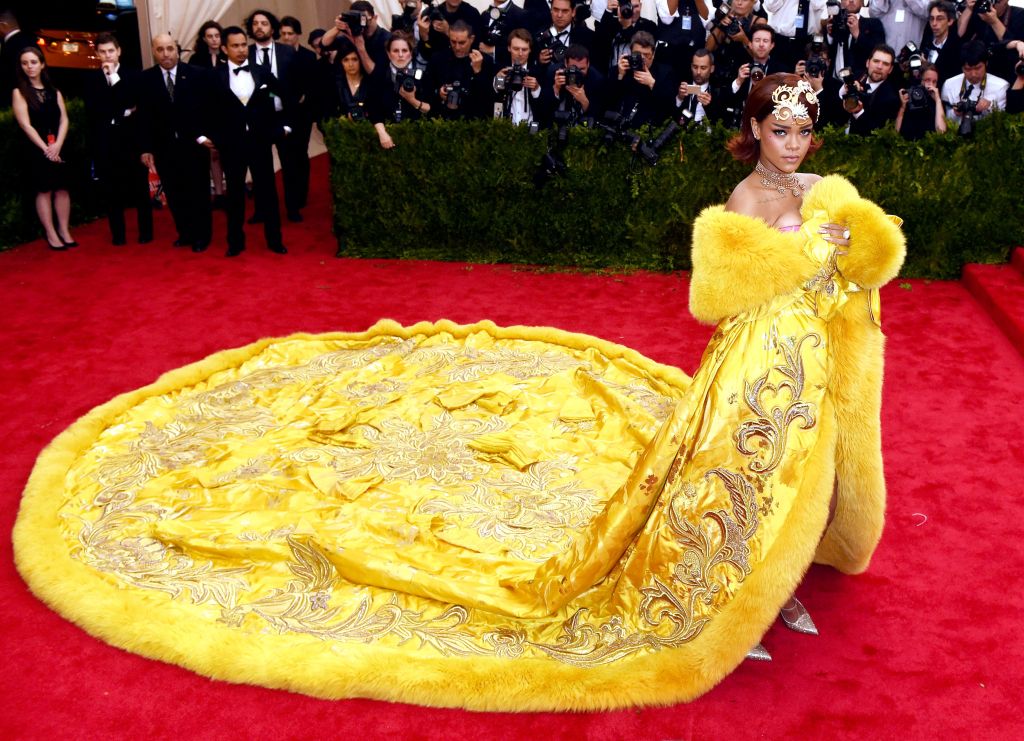 Rihanna became a leading player on the red carpet — and in fashion — with this moment. She introduced Chinese designer Guo Pei to the American masses with this trailing yellow extravaganza; although the masses joked about her likeness to an oversize omelette, we’d still order this off the brunch menu any day. 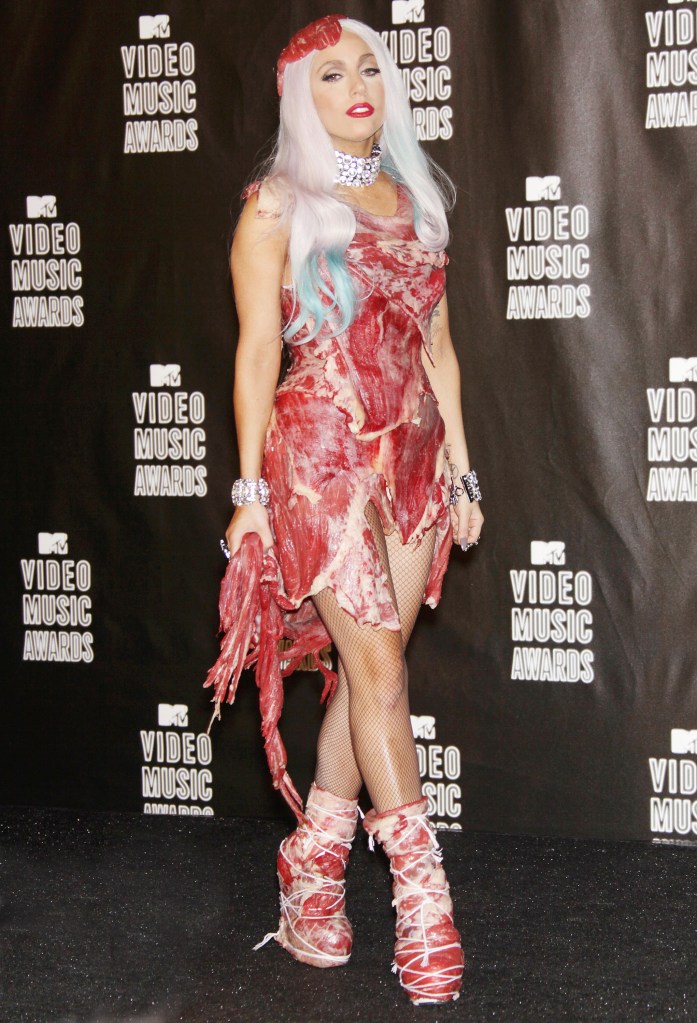 Vegans should stay home for this one. In 2010 this meat concoction caught everyone’s attention; today, this would be a bit of a faux pas. But there is no arguing that this was the beginning of Lady Gaga’s risk-taking red-carpet capers. 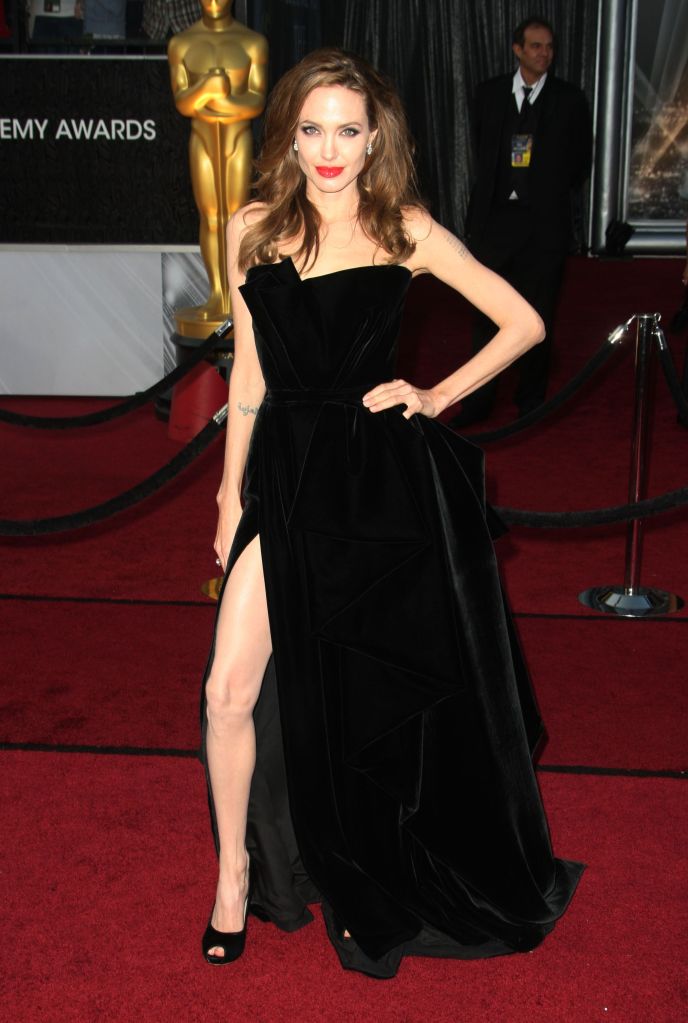 There is no shortage of great Angelina Jolie red-carpet moments, but what became known as the “leg dress” really created its own genre of red-carpet gowns (and posing). A lot of imitations have followed, but none like the original. 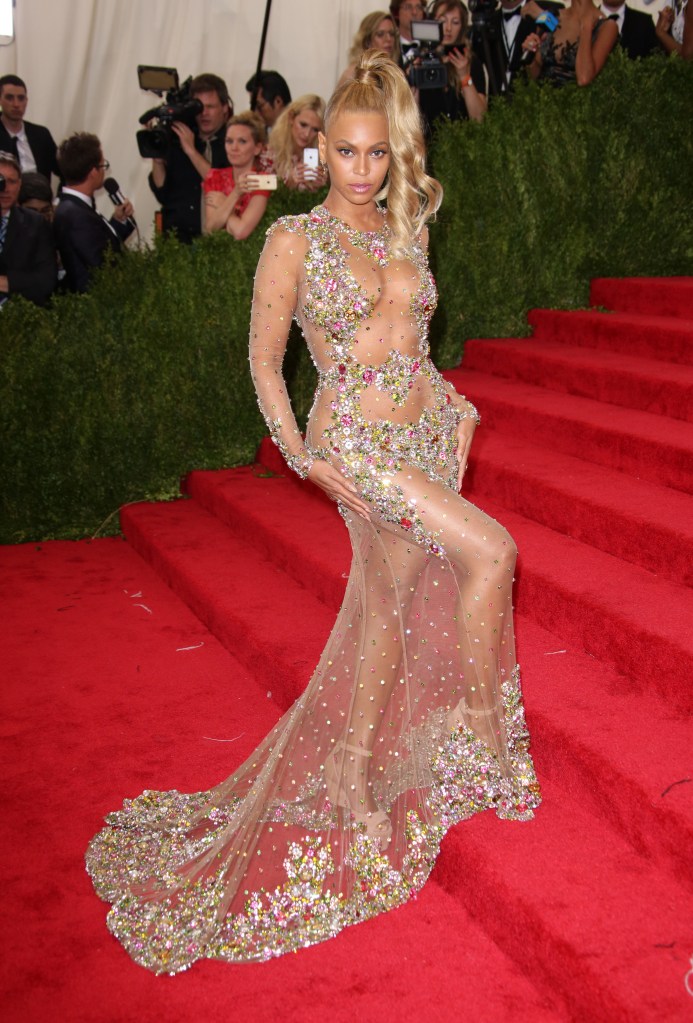 One of the defining trends on the red carpet for this past decade has been the naked dress. A lot of people have done it (and we mean a lot) but no one did it like Beyoncé in this Givenchy number. The play between embellishments and transparencies on the gown are not about being naked, but about showcasing the craftsmanship while enhancing the sensuality of the female form. 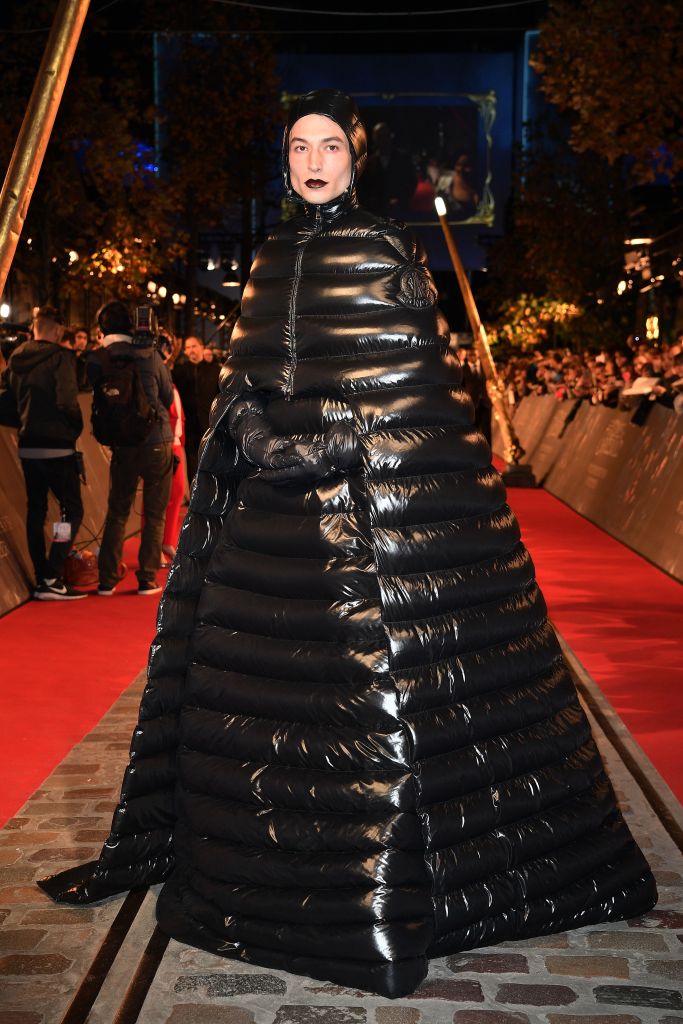 The 2010s were a decade when men started pushing the boundaries on the red carpet, and Ezra Miller was at the forefront of that. With this monastical, one-of-a-kind Moncler quilted coat gown, Miller’s fearlessness (and black lip) made it one of the iconic moments of the decade. 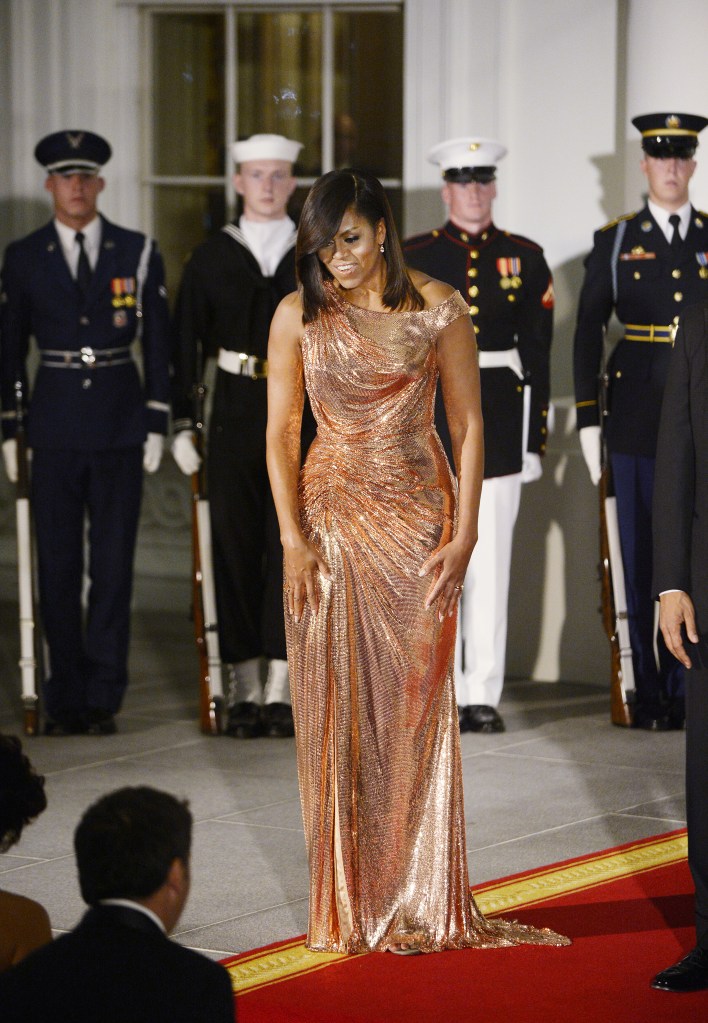 In her tenure as first lady, Obama really embodied how the partner of the most powerful leader in the free world can use fashion to empower and be modern. This gold Versace number is another example of timeless elegance, while remaining extremely cool and current. 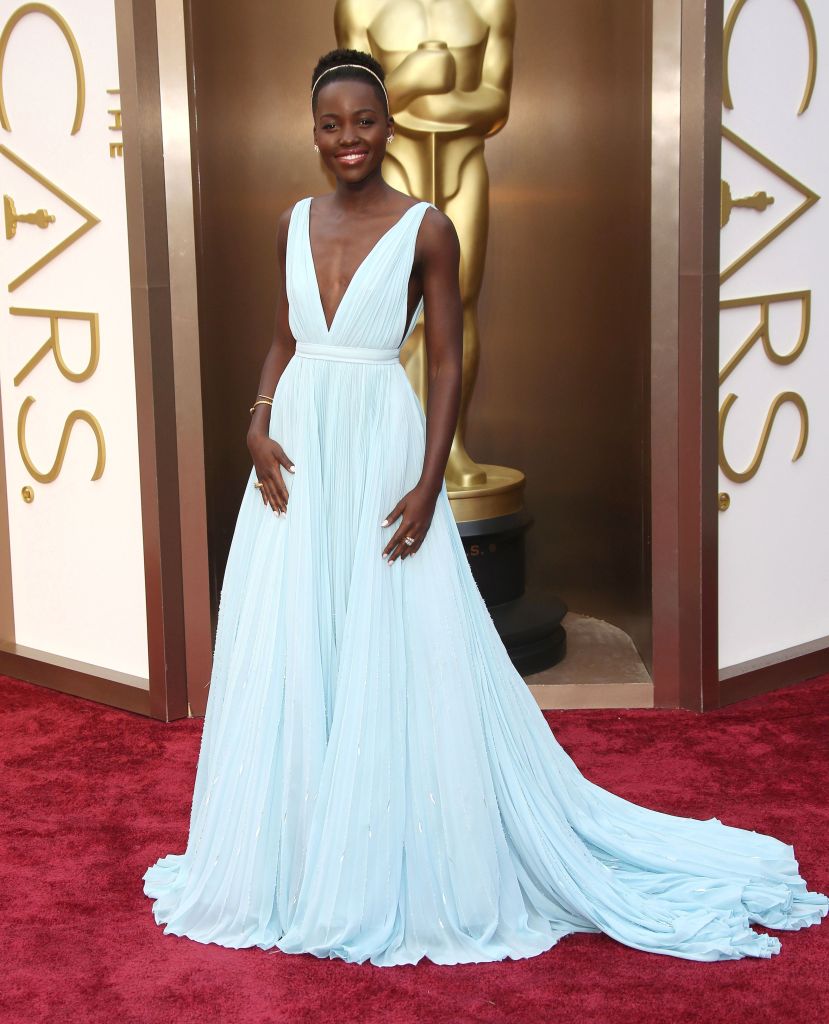 This is old-school behavior of using the red carpet to propel one’s career, and she’s done that the best in the last 10 years.