From her country days through pop and into the indie feel of “Folklore,” a look at Taylor Swift’s fashion career. 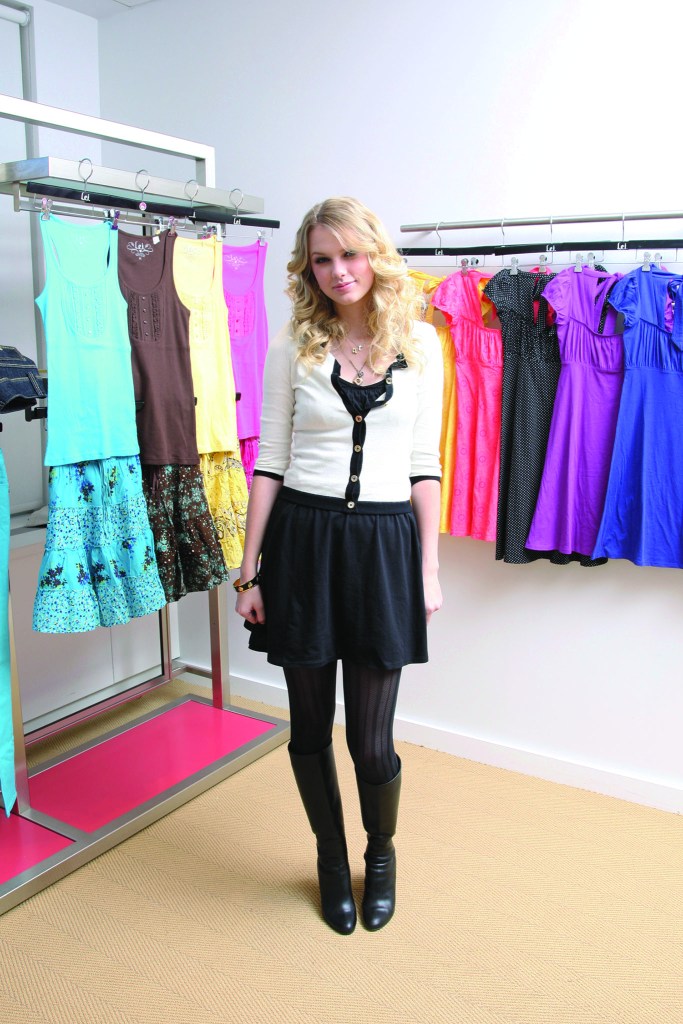 2009: B-
Here, she is starting to flirt with fashion in a Chanel-inspired cardigan and flowy, short skirt and high knee boot. There is a youthful innocence to it, but it shows the roots of her fashion instinct taking hold. 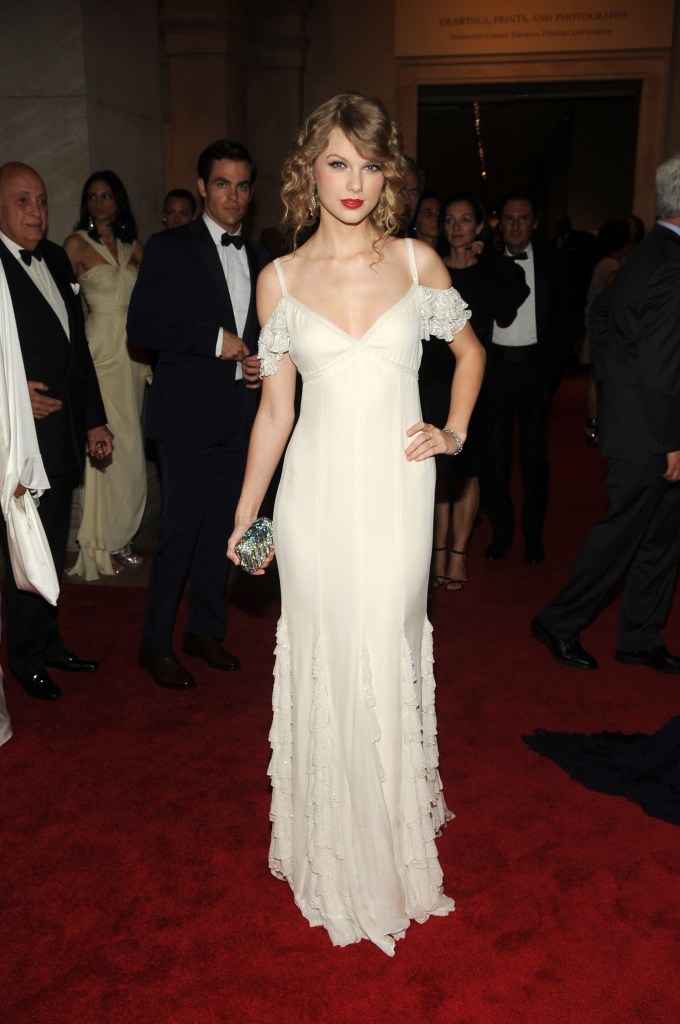 Met Gala, 2010: B
In 2010, Swift was in the midst of her crossover from country to pop with the release of country-pop album “Speak Now.” This white, off-the-shoulder Ralph Lauren gown exemplifies the transition: her trademark golden curls are pinned back slightly and she debuted her now-signature red-lipstick look. The beaded gown feels ready for a country music video. 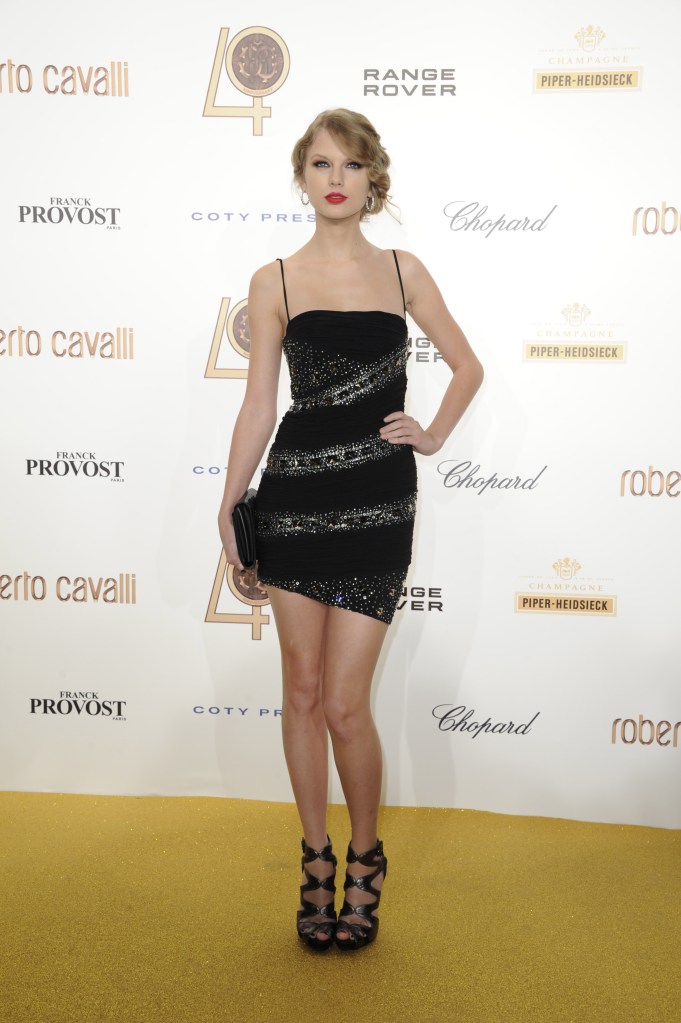 Roberto Cavalli’s 40th Anniversary Party, 2010: B+
There is nothing more fun than a black minidress, a platform sandal and red lipstick. This vampy ensemble showed an unexpected side of Swift — and we love it. 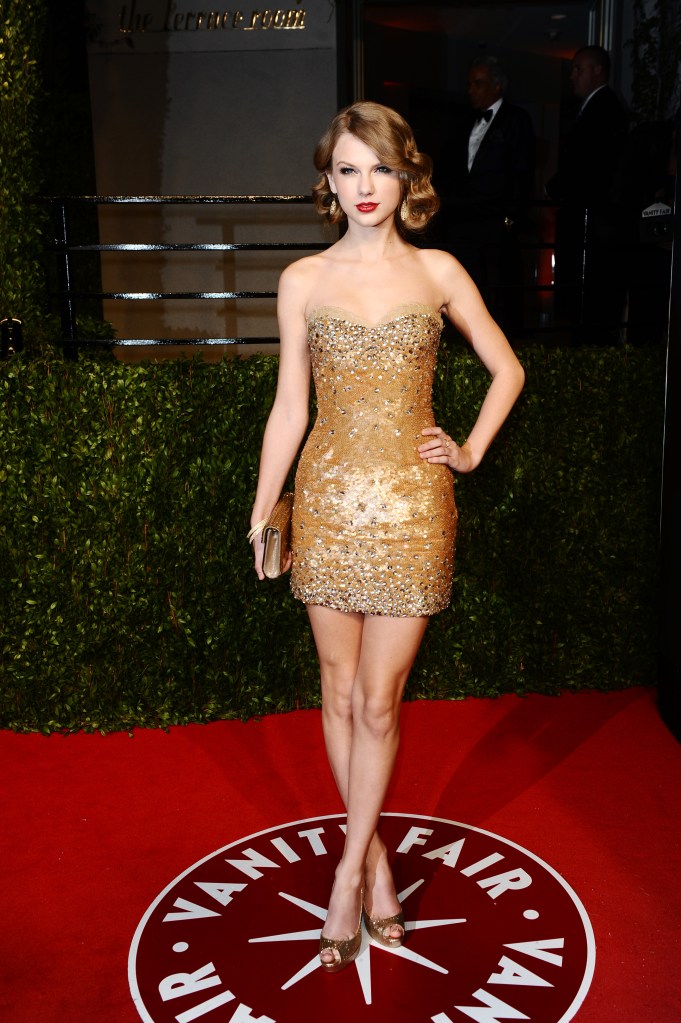 Vanity Fair Oscars party, 2011: B+
This sparkly minidress by Zuhair Murad paired with Jimmy Choo heels is very fun youthful night out. She looks like a Champagne bottle, and what’s not to love about that? 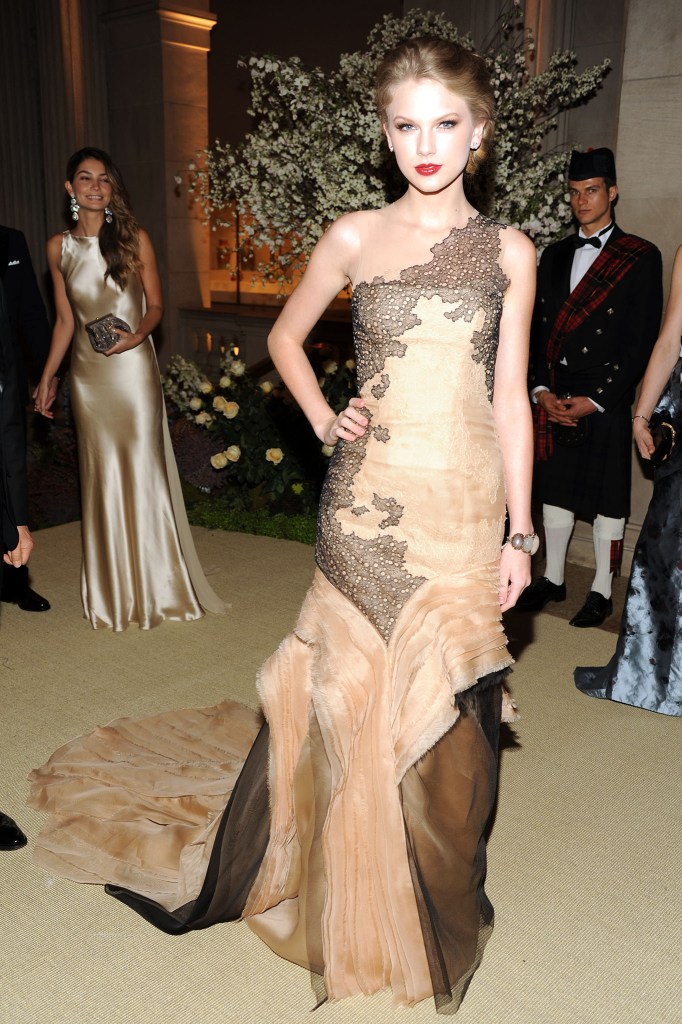 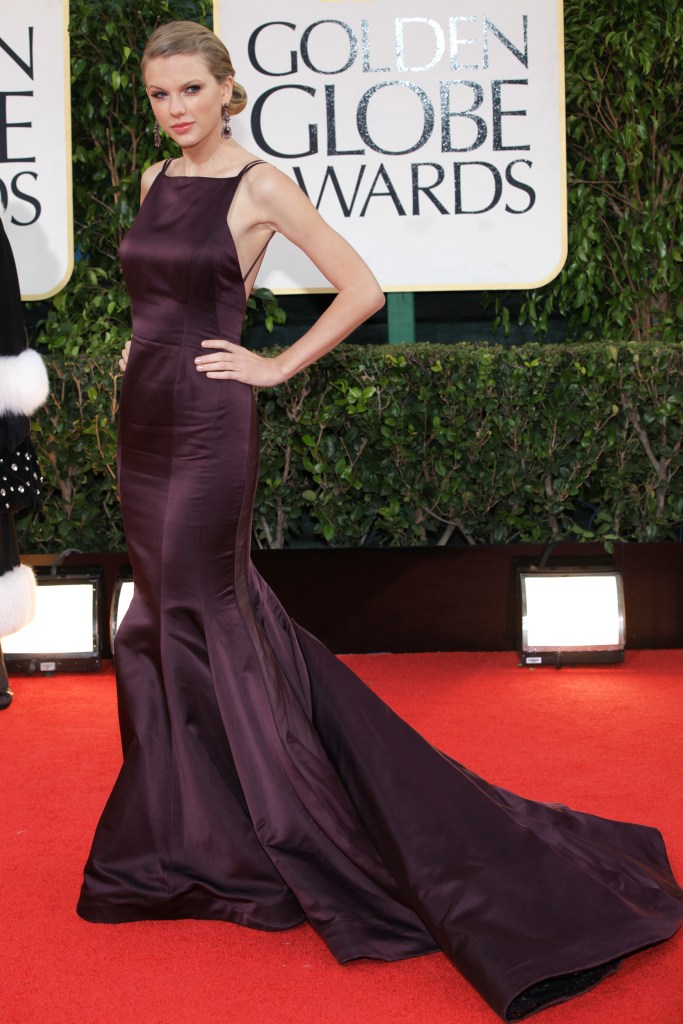 Golden Globes, 2013: B+
This is a very understated, minimalistic siren dress. Worn for the 2013 Golden Globes, this plum Donna Karan Atelier look portrays her as old-school Hollywood glamour. The hair completely pulled back and smoky eye are definitely glam moments, but they make her look much older than her 23 years. 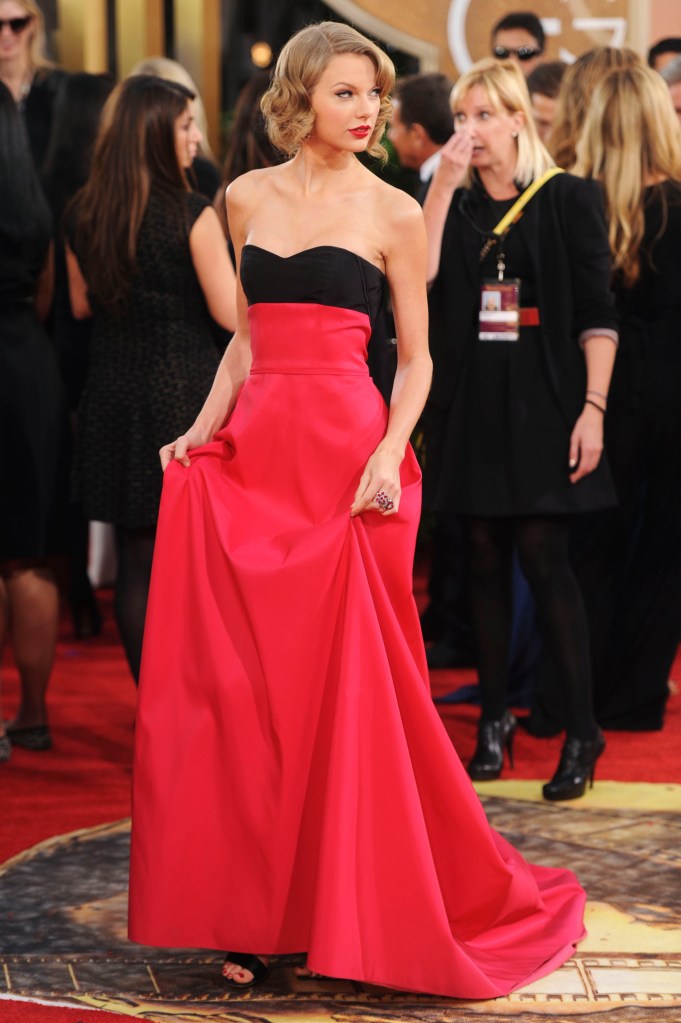 Golden Globes, 2014: A-
The following year at the Globes, she finds the perfect balance between glamour and youthfulness in a Carolina Herrera gown. The heart-shaped black bustier contrasted by the full pink skirt exudes Eighties vibes, but is still fun and upbeat. The wavy bob-length hairstyle is one of the best she’s done thus far. 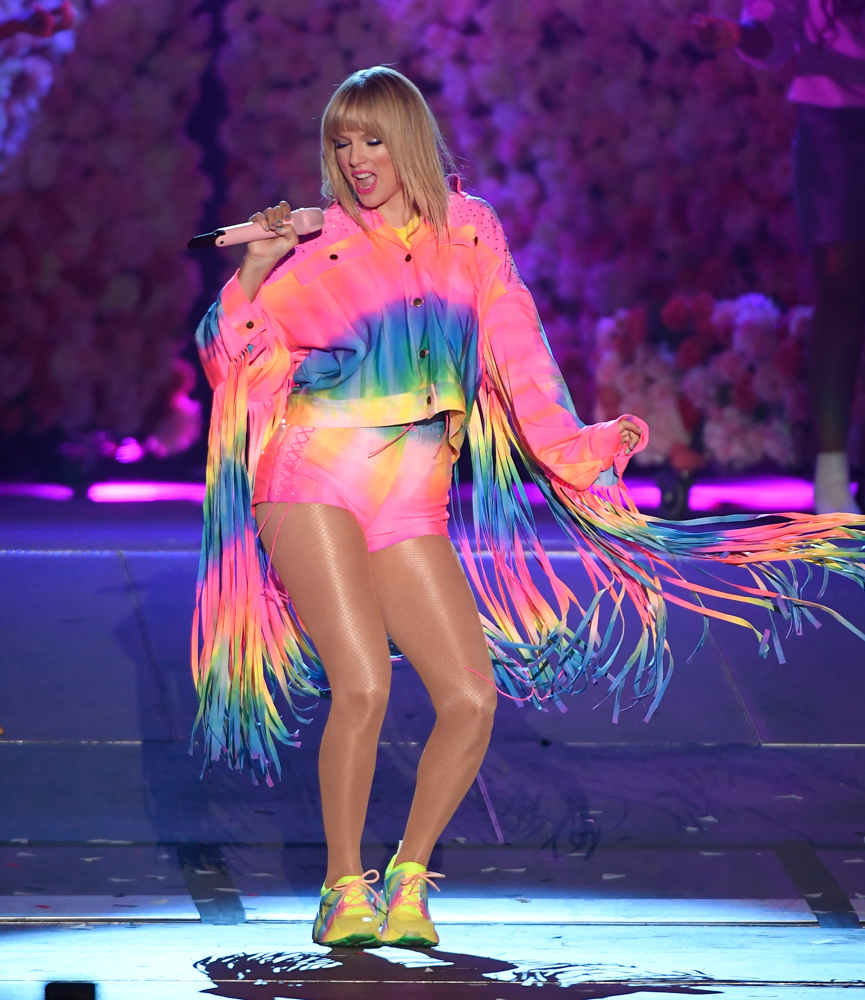 iHeartRadio concert, 2019: B
This is a super fun, carefree look that shows how confident she’s become over the years. It’s hard not to love tie-dye, psychedelic fringe.