The novelist, who broke out with her 2016 debut "Homegoing," talks the pressures of her second novel, "Transcendent Kingdom."

The making of Yaa Gyasi into one of the most discussed modern voices of American fiction came at a slow pace — the luxury afforded by a debut novel. The Ghanaian American writer took seven years to work on her first book “Homegoing,” which was published in 2016 and quickly became both a bestseller and a recipient of several literary awards.

Book two, then, came with expectations: people knew who she was, would definitely read her work, and would be expecting something as successful as the first.

“It was a bit intimidating at first to wrap my head around what it would mean to write a second novel after ‘Homegoing,’ especially since ‘Homegoing’ did as well as it did,” Gyasi says over the phone from her home in Brooklyn. “The pressure wasn’t external, thankfully. All of the people in my life who worked with me were really generous and weren’t telling me that I needed to have a book come out right away. But I think the kind of internal comparisons and intimidations were certainly present. Once I got into the hang of things and once I kind of just slowed down in terms of the public facing things that I was doing for ‘Homegoing,’ I think I was able to return to the quiet that I needed to write.”

What came was “Transcendent Kingdom,” two years in the making and published in September, which tells the story of Gifty, a Ghanaian American Ph.D. candidate in neuroscience at Stanford studying depression and addiction in the brain. Her mother, depressed and suicidal, comes to stay with her; her brother, a promising athlete, died of a heroin overdose years earlier. Gifty is interested in using her scientific studies to make sense of her family’s magnitude of losses, while also grappling with the evangelical faith in which she was raised.

Promoting her second book during the pandemic has obviously been drastically different from the experience with her first, though Gyasi notes some positives.

“People can attend from anywhere in the world. My launch event had people from all over, including people from Ghana. And that was really exciting,” she says. 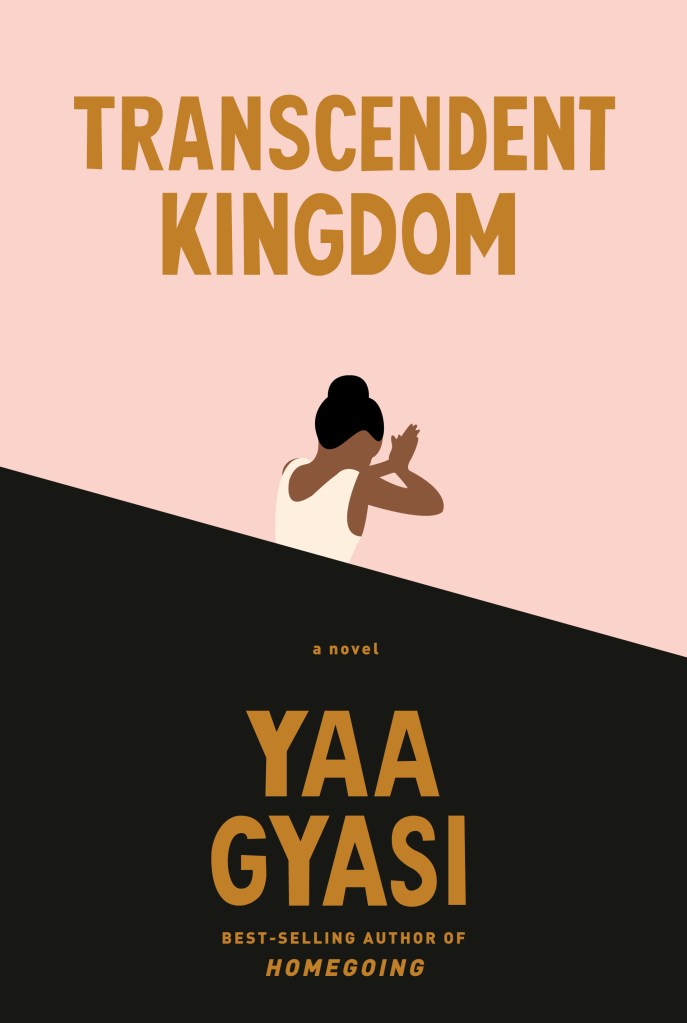 Gyasi got the idea while visiting a close friend in her neuroscience lab at Stanford, where she was studying the neural pathways of reward-seeking focused on addiction and depression.

“I wasn’t really thinking I was going to write about it at that point; I was just kind of curious about her work,” Gyasi says. “But as I watched her go about her work, I found it really fascinating and started to wonder if I could create fiction around it. It was the topic that seemed to lend itself really nicely to thinking about just human existence, to thinking about character, people’s lives. I think it almost felt like a writing prompt of a novel; if you were to sit down and have this prompt that said, ‘write a novel about a woman who studies addiction and depression.’ I think there are many different directions that you could go in, but it felt really kind of natural to map it onto this woman’s life in this way.”

As she went on, she became increasingly interested in exploring the ways culture interacts with mental illness, health care as an industry, the interpretations of mental illness and the way communities like the one in which she grew up respond to mental illness.

“There are a lot of angles that the book attempts to explore, like what it means to live with mental illness here in the States as a person who comes from somewhere else. I was interested not specifically in just a Ghanaian aspect, but also the religious aspect, and the stigmas surrounding mental illness and how these particular characters might combat that or reinforce that,” Gyasi says.

When her first book was released, she was repeatedly asked if it was part of a response to the Black Lives Matter movement, Gyasi says; she’s again met with the same questions in 2020 with “Transcendent Kingdom.”

“Unfortunately, the topic of racism is evergreen. I don’t think there’s ever a time that a book like this could come out where it wouldn’t be relevant. Even if the recent uprisings and protests hadn’t been happening, I think this book would still speak to the unrest that is just a continuous story in this country,” Gyasi says. “So to have the book come out now and have it be seen in this light, in conversation with this movement, is just kind of happenstance. I think the answer always is that there’s never a time when you could write a book that talks about racism in America, where that book wouldn’t be relevant.”