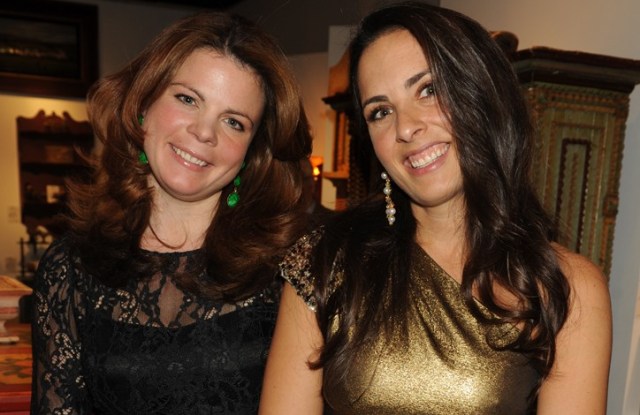 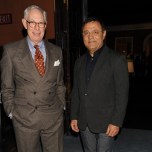 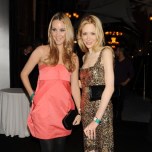 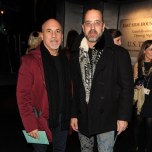 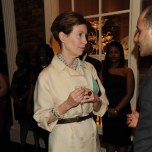 The phrase “antiquing” doesn’t generally conjure up images of sequin shifts and Louboutin heels, nor thumping hip-hop music and disco-inspired lighting, but such was the scene Thursday night at New York’s Park Avenue Armory for the Winter Antiques Show’s Young Collectors Night. As usual, the annual event drew a crowd of revelers, mostly between the ages of 25 and 40, that was eager to mug for social photographers near the furniture, oil paintings, jewelry cases and occasional suits of armor that might have once been found in the homes of their ancestors.

Whether buying or browsing, attendees happily shed their winter layers to reveal short, sparkly cocktail dresses, though most retained their snow-appropriate footwear throughout the evening, some to a Clydesdale-hoof effect. Event co-chairs Emily Israel and Courtney Booth wore Elie Tahari frocks (a nod to the night’s sponsor) and borrowed jewelry from one of the vendors present. Israel cooed over her ornate gold and pearl earrings before she enthused about the East Side House Settlement in the South Bronx, the night’s beneficiary.

“My mother was an antiques dealer, so I grew up going to this show, or shows like this,” Israel explained. “So there was that appeal, but the charity involved is so amazing. I’m a pediatric psychologist, and Mott Haven is the poorest community in the entire nation. It’s incredibly important how much education matters to the future of the children in these communities.”

Elsewhere, Wendy Goodman and Randy Kemper inspected a selection of rare books, including an original edition of “The Great Gatsby” marked at $168,000, while Nate Berkus snuggled up to friends and grooved to the strains of Cee Lo Green’s censored summer hit “Forget You.” Ari Kopelman, the Winter Antiques Show’s chairman, played host, circulating through the booths and leading guests to pieces of interest.

“We don’t do especially well, saleswise, at this event,” one jewelry vendor confided from a booth displaying a triangular-cut diamond ring priced at several hundred-thousand dollars. “But it’s really good exposure. Young people are more affluent than they were 50 years ago, so this stuff is of interest to them, and within reach. And it’s fun.”

As another vendor explained: “If we sell two pieces, it’s enough.”