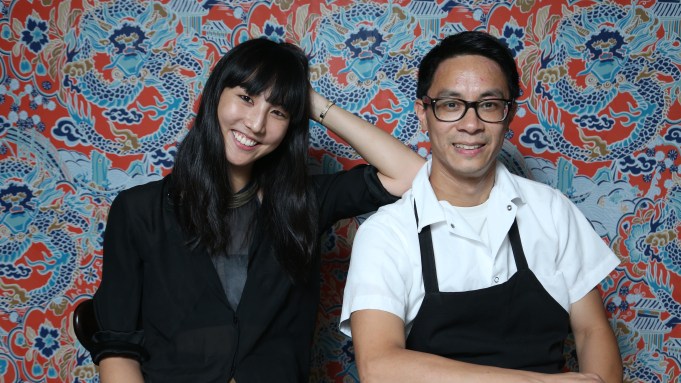 The Lower East Side Chinese restaurant from owner Erika Chou and chef Doron Wong formerly known as Yunnan Kitchen has been reimagined, and all in the course of a day.

Relaunching Thursday night as Yunnan BBQ, Chou and Wong are offering a more centralized menu with dishes designed to highlight the barbecued items. “Restaurants always have to evolve,” Chou explains of the new — er, re-imagined — project. “You always have to be trying new things, so that’s all it really is.”

While Yunnan Kitchen had its diehards — one couple has been coming from the Upper West Side every Sunday since it opened — fans will still be able to find their mainstays on the revamped menu. It sees items like tea-smoked duck with spring onion and toasted peanuts, Cha Shao pork ribs with chili honey and a banana leaf whole fish, a favorite of Chou’s.

“Yunnan Kitchen had more of a small plate aspect and this is more about having the barbecue as your main, and building around that,” Chou says.

Assembled around the comfort of barbecue, they will offer desserts to match, like gluten-free brownies with Sichuan peppercorn, as well as buckets of Chinese lager Tsingtao and “more booze-heavy cocktails to really be able to stand against the barbecue,” says Chou.

She and Wong began weighing the changeover this summer, but the idea had been there for a while. “Everyone loves barbecue, and so it made sense to shift our menu toward that,” she says. “Yunnan Kitchen was here for three-and-a-half years, and we just wanted to expand it basically.”

Chou was raised in North Carolina and has been in and out of New York for 12 years, with a stint in Beijing. A former fashion producer, she worked on campaigns for companies like Tommy Hilfiger and Bergdorf Goodman before deciding to leave that world and delve into her lifelong interest in food hospitality. “It really prepared me for a restaurant because it taught me a lot about production — you’re producing food,” she says of her transition. “When I left fashion I was like, you know, I should just try it and see if I can withstand the daily grind — so I started waiting tables and I really enjoyed it.”

Owning a restaurant was always in Chou’s mind. “I went to this one Chinese restaurant when I was in middle school, and it was just so well designed and so thoughtful, and it really sparked my interest,” she says.

She and Wong met through Danielle Chang of Luckyrice initially, but it wasn’t until a chance encounter on the subway that they connected. “I had my tennis racket, he was like, ‘You play tennis?’” she recalls. They started hitting together and eventually became friends. They’ve been business partners for about two years.

About a year after Chou opened Yunnan Kitchen in 2012, garnering a New York Times critics’ pick from Pete Wells, Wong came onboard. “He treats ingredients really lightly, which you don’t often get in Chinese cooking,” Chou says. “Everything here is market-driven.”

In Wong’s mind, this is the perfect time for reinvention. “We want to evolve our style of cooking,” he says. “Food now is becoming more and more casual, it’s more about ordering a bunch of stuff and having a feast. That is how Chinese people eat.”