Matt Abramcyk and Akiva Elstein have opened a bistro with French and new American influences. 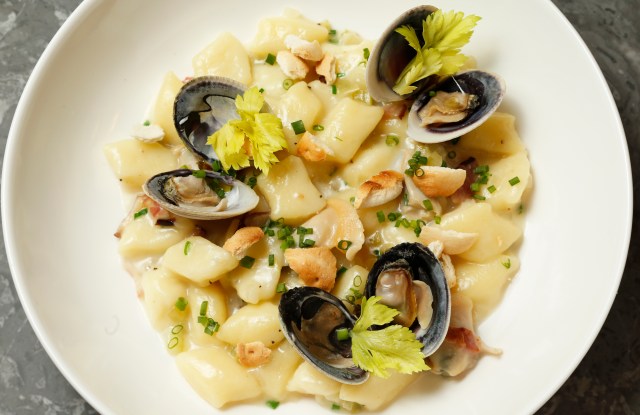 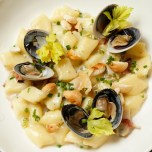 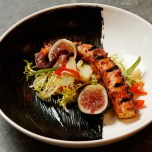 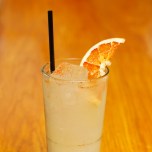 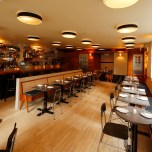 For their third restaurant, Yves, Matt Abramcyk and Akiva Elstein didn’t stray far from their first restaurant Smith & Mills — one door down, in fact.

“We’ve always looked next door and had a neighbor over here,” Abramcyk said of the location, a light-drenched corner space. “The landlord approached us on several different occasions to try and get us to build this restaurant. In one way or another, we’ve been having this dialogue for about five years now.”

During that time, the pair opened Navy in Manhattan’s SoHo, their second project together. Their relationship extends much further back than even their first professional collaboration, the speakeasy-style bar Employee’s Only. “We’re childhood friends,” Abramcyk explained. “We met in summer camp, when we were 10 years old. So we’ve known each other for a long time — a lifetime.”

For their new casual bistro, they brought in chef Daniel Berg, who has clocked many years of classic French and Italian cooking experience — working in the kitchens of Daniel, as well as several Andrew Carmellini restaurants (including Locanda Verde, conveniently across the street from Yves). Berg was brought in a full year before opening and was given creative freedom in creating the menu for Yves. “My approach to the menu is really just make food that can look elegant in a setting like this, which isn’t a white tablecloth restaurant, but still look elegant,” Berg explained.

That translates to elevated takes on classics, including a tweaked Niçoise salad, done with octopus instead of tuna and peppered with fresh figs, as well as his version of classic New England chowder, incorporating gnocchi.

“This is a nuanced, new American kind of restaurant that has many of the principles of a neighborhood bistro,” Abramcyk added. “But it has another layer of texture of updated inspirations.”

That influence extends to the airy, minimalistic dining room, which is surrounded on two sides by windows looking out on Greenwich and North Moore Streets. “It’s about having all of this light and being in this room that’s bathed in light,” he added of their approach to the room’s design. “We really felt a certain drive to make this room feel as open and simplified as possible.”

Yves will be open for breakfast, lunch and dinner seven days a week, and the team is hoping to make the restaurant an approachable neighborhood haunt, catering equally to the diverse mix of old school artists in the area, families that have moved into the area’s new developments, and TriBeCa elite.

“I think a successful restaurant has different types of people sitting in it,” Elstein said, adding that the shops and offices popping up nearby have added to the demand for an all-day bistro. “You can somebody sitting at the table ordering expensive Champagne, and then somebody next to them just having a burger.”