The springtime sale will also include furniture, paintings and silver from the late actress' Los Angeles home. 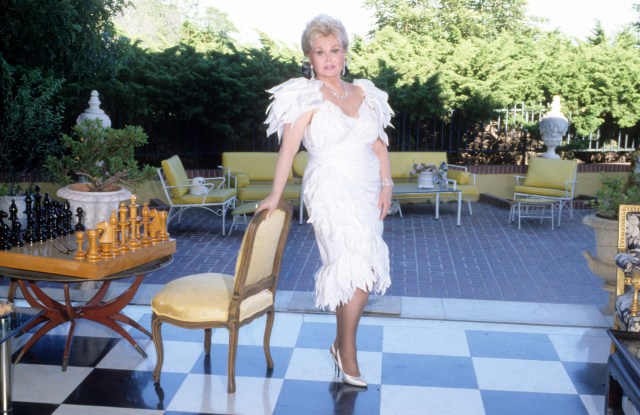 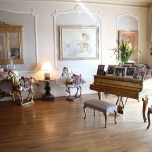 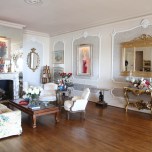 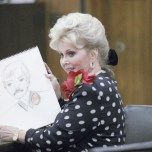 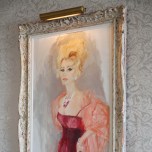 Owning a piece of Zsa Zsa Gabor’s estate will be simple, darling.

When the Hungarian-born actress and socialite died last year at age 99, she left behind a sprawling home filled with mementos of her glamorous life, many of which will be presented by Heritage Auctions on April 14 in Los Angeles.

“She had a small mountain of [monogrammed] Louis Vuitton luggage that she traveled the world with,” explained Carolyn Mani, a Heritage Auctions director overseeing the springtime sale, which will be held at Gabor’s historic Bel Air, Calif., home, which was once owned by Howard Hughes.

“There are about 425 lots comprised of designer clothes, costume jewelry, examples of mostly 18th and 19th century French furniture, decorative arts, fine arts and silver,” continued Mani of the catalogue that also includes a gilded Steinway piano previously owned by Gabor’s third husband, actor George Sanders. “They painted it gold after he won the Academy Award [in 1951 for “All About Eve”] and she got possession of it again after he passed away.”

Gabor reportedly left the entirety of her estate to her final husband, 74-year-old Frédéric Prinz von Anhalt, who is “pretty much divesting of everything,” according to Mani. “We tried to focus on the things that her fans would be most interested in [from] the house.”

Additional examples of Gabor’s over-the-top style will be represented by items from her extensive wardrobe including pieces by Chanel, Dior, Valentino and James Galanos along with several Hermès handbags. A consummate hostess, the “One Lifetime Is Not Enough” author would typically offer a glass of Champagne to guests upon entering her home. Fittingly, a large collection of the actress’ vintage bubbly will hit the auction block along with more recently discovered treasures.

“Just last week I found a two-handled silver horse trophy from 1907 that belonged to Reginald Vanderbilt, who was Gloria Vanderbilt’s father,” added Mani. “It was [hidden] in the bar surrounded by little plastic gold things and then all of a sudden here’s this fabulous sterling trophy.”

Items more personal to the Gabor family will include commissioned portraits by Hungarian artist Pál Fried and original artwork done by the late actress herself. A hand-painted, three-paneled, “Asian-inspired” screen will be offered along with a sketchpad Gabor used while on trial in 1989 for infamously slapping a police officer, a crime of which she was eventually convicted. “The pad is filled with drawings of people in the room including that police officer,” Mani added.

But in spite of Gabor’s expensive taste (she once quipped, “Diamonds are a girl’s best friend and dogs are a man’s best friend — now you know which sex has more sense,”) the auction may have something for everyone. Bidding will start at just $1 and all of the lots will be sold without a reserve. “The house is basically untouched since Zsa Zsa was there,” added Mani.