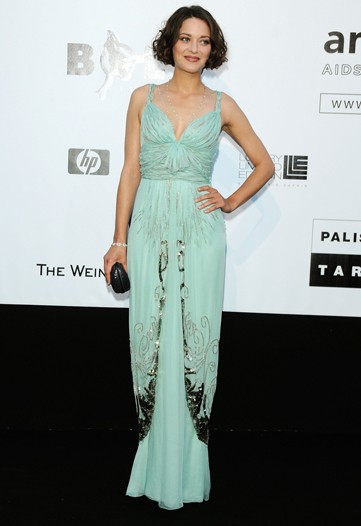 The red-carpet race has begun.

Nominees for the 67th annual Golden Globes were announced Tuesday in Hollywood, and the Jan. 17 ceremony at the Beverly Hilton, to be broadcast live on NBC, could shape up to be a quite fashionable evening.

Tom Ford’s directorial debut, “A Single Man,” scored three nominations, for best actor (Colin Firth) and best supporting actress (Julianne Moore). Ford has previously dressed his leading lady for appearances tied to the film, so it won’t be surprising if he outfits her throughout awards season.

Designer favorites Penélope Cruz and Marion Cotillard received nods for best supporting actress and best actress, respectively, for “Nine.” Their co-star, Daniel Day-Lewis, was placed in the best actor category. And both Jessica Lange and Drew Barrymore were nominated for their roles in the fashion-fave made-for-television movie “Grey Gardens.”

Overall, there weren’t too many surprises (hello again, casts of “30 Rock” and “Mad Men”), but a few fresh faces were thrown in the mix. Best dramatic actress contenders Carey Mulligan (“An Education”) and Gabourey Sidibe (“Precious”) have been busy making the rounds in Hollywood and New York, but the Globes will be their most significant red carpet to date.

Not so for George Clooney, whose “Up in the Air” led the pack with six nominations. And both Sandra Bullock and Meryl Streep were nominated twice — Bullock for “The Proposal” and “The Blind Side” and Streep for “Julie & Julia” and “It’s Complicated.” But don’t expect either star to make a midshow costume change.

Best Performance by an Actor in a Mini-Series or Motion Picture Made for Television
Kevin Bacon, “Taking Chance”
Kenneth Branagh, “Wallander: One Step Behind”
Chiwetel Ejiofor, “Endgame”
Brendan Gleeson, “Into the Storm”
Jeremy Irons, “Georgia O’Keeffe”

Best Performance by an Actor in a Supporting Role in a Series, Mini-Series or Motion Picture Made for Television
Michael Emerson, “Lost”
Neil Patrick Harris, “How I Met Your Mother”
William Hurt, “Damages”
John Lithgow, “Dexter”
Jeremy Piven, “Entourage”