A Mighty Heart with Charlotte Ronson

Charlotte Ronson followed up her L.A. bash with a fete in her hometown of New York City on Thursday night. 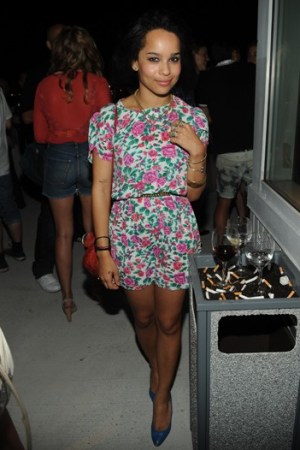 After she hosted a bash for her “I [Heart] Ronson” line for J.C. Penney at Los Angeles’ Chateau Marmot back in April, Charlotte Ronson followed up with a fete in her hometown of New York City on Thursday night.

A gaggle of PYTs, including Mischa Barton (in town filming the “The Beautiful Life”), Olivia Thirlby, Zoe Kravitz, Eva Amurri, Sophia Bush and Hilary Duff filed into the Lighthouse at Chelsea Piers for the summer-themed event, which featured campy touches such as an indoor beach volleyball court, cotton candy machines and hot pink barbeque grills.

Ronson’s mom, Ann Dexter-Jones; brother, Mark Ronson and sisters, Samantha Ronson and Annabelle Dexter-Jones, were on hand to lend their support. “I love you, Charlotte,” Mark yelled to the crowd before British band The Rumble Strips took to the stage.

The biggest attraction of the evening was Charlotte’s Closet, a pop-up boutique stocked with pieces from Ronson’s line, for which each guest received a coupon at the door good for one free item. “I’m just going to show them my ticket and say, ‘I designed this entire collection so give me one of everything, please,'” declared Charlotte Ronson with a laugh.