Mireille Guiliano is now tackling aging with “French Women Don’t Get Facelifts: The Secrets of Style and Attitude.” 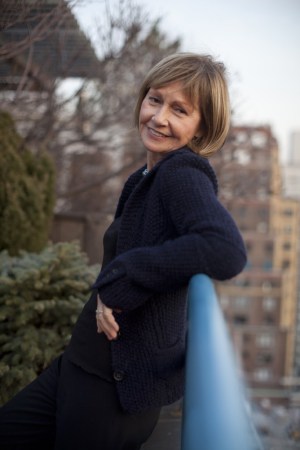 Here’s another thing French women say they do best: They don’t sweat getting older, favoring skin-friendly foods, chic style and a confident attitude.

Consider the formidable example of Catherine Deneuve, one of France’s most famous movie stars, now 70 and still preferring to be called “Mademoiselle.”

“When she was young, the picture was different: longer hair, higher heels, often dressed in YSL. Today, when you see Catherine Deneuve, you still can’t help but go ‘Wow,’” Guiliano writes. “She is a little rounder, but seems to be saying comfortably: ‘Who cares? I am the whole package, not an aging neck.’”

Among the flurry of books in its wake were ones tackling parenting — “Bringing Up Bébé” — and romance — “French Women Don’t Sleep Alone” and “What French Women Know: About Love, Sex and Other Matters of the Heart and Mind.”

Guiliano credits the “magic title” for the global success it spawned. “Of course, the title is tongue in cheek…un clin d’oeil, as we would say in France, as obviously there are some fat women everywhere including in France, ditto for facelifts,” she says.

Yet her new book springs from a truism: Attitudes towards aging in France differ greatly from those in America.

“French women seek a more natural look and feel, opting for creams and scrubs,” Guiliano writes. “OK, perhaps a few partake in a little Botox and look to what they eat and wear before the surgeon’s scalpel.”

Happily in her 60s, Guiliano lives in Manhattan with her American husband Edward Guiliano. She also calls Paris and Provence home and travels the world to lecture to all sorts of groups, from bookstores to medical centers. She has a soft spot for Elie Saab’s designs in complexion-flattering shades of soft pink and light purple — “refinement and understated elegance,” she enthused — and dresses designed by her friend Béatrice Ferrant.

“The difference is the U.S. is a ‘youth’ culture, France is not. Literally, here you are old after 30 and not in France. There is still respect for women in their 50s,” she says. “I feel young in Paris for the obvious reasons. Men still look at women my age and try to flirt, have humor, low-key, but seduction nevertheless. And what woman is not sensitive to it?” she explains.

Here are some other nuggets of wisdom from “French Women Don’t Get Facelifts”:

On skin:
For women in France, moisturizing is a religion. It is a country of creams, treatments and facials. “When I settled in Manhattan, people looked at me strangely when I asked where they went to get their facials. In France, it was like going to the dentist — okay not exactly — but it was considered required maintenance,” Guiliano writes.

On style:
Staples of French wardrobes include cardigan sweaters in neutral colors, the little black dress, white blouses with high collars, tailored jackets, well-cut and fitted pants, a classic raincoat and scarves. Fabrics are key. Generally, French women favor what’s soft and warm, such as cotton, flannel and cashmere. Abide by one of the book’s rules: “Comfort, yes; casual/sloppy, no. Not on the plane, not in the streets. Not anywhere.”

On “face-friendly” food:
Oysters, honey and mushrooms (possibly with a glass of bubbly) help put off those dreaded facelifts. Guiliano also lauds the benefits of green veggies, yogurt and blueberries without forgetting to mention chocolate, bread and an occasional glass of wine. Her antiaging recipes include “beet millefeuille with ricotta and honey” and “chocolate soufflés with piment d’espelette.”