Albert Wolsky on ‘The Heiress’

At 81, the award winning costume designer says he’s only now becoming comfortable with the notion of turning down work. 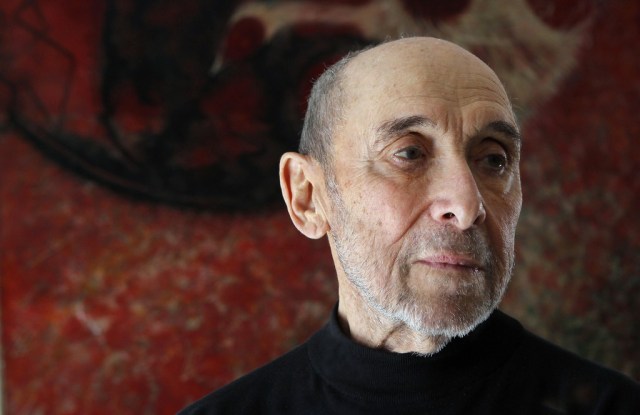 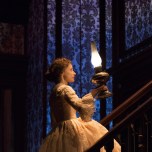 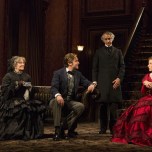 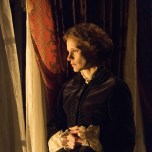 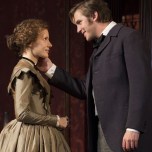 At 81, after winning two Oscars, a TDF/Irene Sharaff Lifetime Achievement Award for Costume Design, and many other accolades, costume designer Albert Wolsky says he’s only now becoming comfortable with the notion of turning down work. That’s partly, he says, because his current project, a production of “The Heiress” on Broadway, starring Jessica Chastain, David Strathairn, Dan Stevens and Judith Ivey, was so much fun to do.

The play, written by Ruth and Augustus Goetz, is based on Henry James’ 1880 novella, “Washington Square.”

Research, Wolsky notes, is integral to the process of doing a costume drama. “You always have to do research, even if you know the period,” he says. “It was set in 1850, which is a tricky period, just before all those big hoop skirts.” He was very eager to work on “The Heiress,” because he had never designed for that era before. He prefers doing costume dramas, in fact, to outfitting films set in the present, he says, because, on the former, the actors don’t say to him, “I wouldn’t wear that.” His classic response to that remark: “I wouldn’t, either — it’s a costume.”

How did he research “The Heiress?” “There were an amazing amount of photographs,” Wolsky says. “There was so much photographic research.” He admits, however, “I love research; I could research forever and not design.”

Fabric, he notes, is also a passion for him, and it’s key to getting any historical moment right, particularly that of, say, the Thirties or Forties. He won his second Oscar for 1991’s “Bugsy,” which is set in the Forties. (His first was for 1980’s “All That Jazz.”) Wolsky says that receiving such an award is always a surprise; the only film he regrets not being nominated for is Sam Mendes’ 2002 “The Road to Perdition.”

“The Heiress” is on a limited run, ending Feb. 10, at the Walter Kerr Theatre. Wolsky says he enjoyed working with Chastain, who trained at Juilliard, and plays the title character, Catherine Sloper. “She has no vanity, and her mind is very focused, and she always looks for things she can use,” he explains, noting that he added a top to the cherry red dress she wears early in the play because “that was something that she needed as an actor.” One major difference between Chastain the person and Catherine the character, of course, is that the actress is lovely looking and Catherine is meant to be very plain. Wolsky says she had told him that her friends kept asking, “‘How can you play this? You’re so beautiful.’”

One key to the look of 1850 onstage was that it was “a period that was very trimmed, with the same material ruched up on sleeves and on edges,” he says, adding that he made use of that fact particularly in dressing Molly Camp, who plays Catherine’s flirtatious younger cousin, Marian Almond. The dress Chastain wears in the final scene, which is a very pale pink frock she bought in Paris, is intended “to show some movement on her part, that something is different.” The women in the cast of the play were all wearing corsets and layers of petticoats, although Chastain, who is small, wore fewer of the latter than the others. Wolsky says that hoop skirts, made of metal or whalebone, came into fashion as a substitute for the multiple layers of petticoats, which had become too extreme.

“Fashion always goes crazy,” he says. “Women were fainting or getting caught in fires.”

With hoops, a woman only had to wear one petticoat, and her skirt still had a great deal of volume — the desired effect.

The character of Catherine’s overbearing father, Dr. Austin Sloper, played by Strathairn, “was a black figure for me from the beginning,” Wolsky says. He wanted Stevens, who plays Catherine’s suitor Morris Townsend, to be “a bit of a dandy” in the first scenes, then later, “to look as if he really fell into harder times.”

Wolsky was born in Paris, where his father owned a travel agency that catered to the affluent. “When the war came, it meant a lot of running,” he recalls. The Wolskys — Albert, his parents, Boris and Luba, and his younger brother, Gilbert — actually got on a boat that was turned back, and the family was put in an internment camp for a time, but his father was eventually able to find them passage on another craft.

Wolsky attended City College, went into the U.S. Army, then worked for his father for five years at the travel agency he had founded in Queens. Albert left it to work for a costume shop owned by Helene Ponz, and in 1963 started his career as a theater costume designer by working as an assistant to Ann Roth on “A Case of Libel.” His first credit as a solo costume designer on Broadway was on “Generation” in 1965; he says he was “very brash” when he was working on it. When he started working on Broadway, he recalls, “[It] supposedly was dying, but they were doing 75 shows a year.” His brother Gilbert became a physicist, a softwear developer and head of the physics department at Tufts Unversity.

Working on “The Heiress,” he says, “solidified my thinking.”

He explains what has changed by saying, “I loved being in a costume house, watching talented people sew and cut and do all those things. It made me feel that, [if I work], it has to be something I care about. If it isn’t, I’m not doing it.”