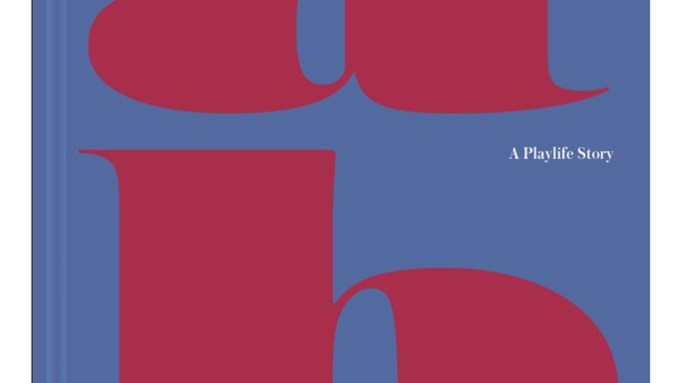 He may be heir to one of Italy’s largest fashion groups, but Alessandro Benetton has never courted the press, shying away from glitzy events and keeping details of his personal life under wraps as much as possible. Until now.

Benetton’s autobiography, titled “AB. A Playlife Story,” will hit stores in May, published by Mondadori Electa. Proceeds from the sale will go to the Unhate Foundation.

The graphically innovative and colorful coffee-table book unveils personal photographs, thought nuggets and mementos, and highlights Benetton’s passions. His family takes center stage, as well as the Veneto region where he was born and raised and where, he says, he could ride his bicycle and “play with marbles in the fields.” Also close to his heart are sports and motor cars, including his successful venture in Formula 1 racing, and his school days in Boston. The entrepreneur has a Boston University degree and an M.B.A. from Harvard. His experience at Goldman Sachs in London as a mergers and acquisitions analyst and his determination in creating private equity fund 21 Investimenti in 1992 are also explored.

Pivotal to the book are Benetton’s personal fashion sense and style, his taste for flea market shopping and old cowboy boots, his L.L. Bean jackets and Maine hunting shoes, and his first raincoat — which was from Hackett.

Sitting in the shade of the garden bar at Rome’s exclusive Hotel de Russie, Benetton explained how, aiming to revamp the fashion group’s historic Playlife brand, he went through his own clothes and memorabilia. Collected and assembled in a folder, those belongings morphed into the book.

“It all happened by chance, the idea was to start with a small project first and I could tell Playlife had a hard time taking off within such a big group. I didn’t want to see it fade away, and I realized I needed to be actively involved,” said Benetton, looking fit in jeans and a white shirt and blue blazer. He became chairman of the Benetton Group last year, succeeding his father and cofounder Luciano. Also in 2012, the group’s parent company Edizione Srl delisted from the Milan Stock Exchange.

“I went home and pulled from my closet those objects that had stories to tell and that were part of me,” he said of those items that he identified as potential inspiration for Playlife.

“I would never have thought that I would have written a book at 49, but I felt it was a way to help bring energy to the company, to show that things happen when you take action,” said Benetton, adding that he felt he had succeeded in his goal once his mother and brother said about the book: “This is you.”

Asked how he felt after looking back at his life, Benetton said he had “the sensation of having forged a nice human and personal path.” He also discovered “you do things as an adult in a conscious way that before you did instinctively,” but said he could “see a cohesive logic” throughout.

The book was presented in Rome last week at the newly revamped Playlife store, a multibrand concept conceived like an apartment. In addition to historic Benetton labels such as Jeans West and Killer Loop, which are being rejuvenated by Alessandro Benetton, anything in the store can be sold, from Puma and Nike shoes, to books, sofas, beds and kitchen equipment.

“This is all strongly influenced by Alessandro Benetton, who would never buy skis or denim under the same brand,” explained Giovanni Peracin, director of the Playlife Business Unit. The executive said that 15 stores in Italy have already been remodeled over the past year or so “with incredible results, as like-for-like sales have doubled with this new concept.” Peracin did not disclose sales volumes for Playlife.

“The dynamic and fresh visual change has triggered increased loyalty in customers, who consider the Playlife stores locations to meet and regroup,” said Peracin.

Italy now accounts for 70 percent of sales, and Playlife will start expanding in Europe with the fall season, mainly in Germany, the Benelux countries, Denmark, France and Scandinavia, with eight new units outside Italy by the end of the year. There are 130 stores in Europe with the old concept and the company is moving away from a mostly franchised structure towards directly operated stores. In 2014, there will be a strong focus in northern Europe, said Peracin, as well as the launch of the Playlife e-store.

“The idea is to ink a string of licenses or buy other brands, too,” he said.