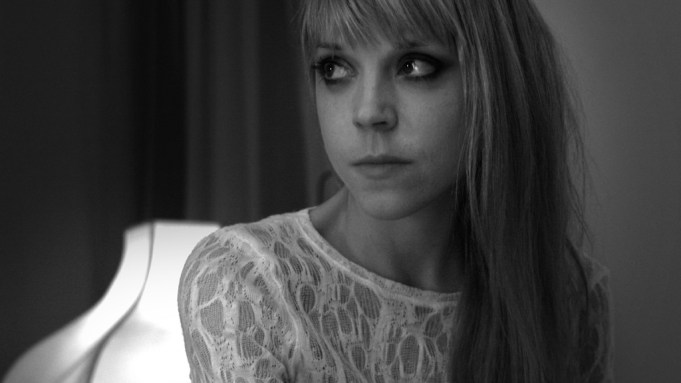 In the new film “Lotus Eaters,” Antonia Campbell-Hughes plays an ex-model and struggling actress, but her day-to-day existence is quite the reverse.

Currently in Rome shooting a Ridley Scott-directed pilot about the Vatican for Showtime, the lithe thespian headlined “Kelly + Victor,” which made its debut at SXSW. Next up, she is set to star in the German drama “3,096 Days” about the real-life kidnapping of Natascha Kampusch, who was held for eight years. Contrary to the standard model-turned-actress scenario, Campbell-Hughes hasn’t totally abandoned one job for the other, though she “would never describe herself as a model.” Cerebral and outspoken, the 30-year-old said, “I just think it’s kind of irrelevant. Even in terms of my acting, the decisions I make are very personal,” noting her acting career began with BBC period dramas like “Blackbeard.” “When I went into fashion, I thought it was an industry run by artists, creatives and good souls,” she said. “But every industry has other areas dictated by finance.”

Named one of Screen International’s Stars of Tomorrow in 2011 and the Berlinale Shooting Star award winner in 2012, Campbell-Hughes still models for the French label Devastee and does the occasional other gig. She was featured in “Submission,” the short film that Bella Freud recruited BAFTA-winning director Martina Amati to direct. Demonstrating Brazilian jiu-jitsu, Campbell-Hughes, along with Abbey Lee Kershaw, Olympia Campbell and Susie Bick, roll around on wrestling mats in Freud’s designs using their opponent’s strength to vanquish them.

“A huge part of the [fashion] industry that I love is editorial and photography,” said Campbell-Hughes, who in the past six months was shot by David Bailey for GQ, Rankin for U.K. InStyle and Perry Ogden for a store campaign she declined to name. “These collaborations I hope to do many more of.”

All in all, the modeling industry can be quite a dangerous one. “It can be very difficult. You spend a lot of time alone and it’s very insular and lonely. When you work, you work — and when you don’t, you don’t,” she said. “It is a very altered spectrum of reality.”

In her role as Alice in “Lotus Eaters,” Campbell-Hughes appears not to be just another PYT. More of an observer than a party girl, she is as stylish as the rest yet removed from it all. (Her character was not the one to drop the “wedges make your ankles look fat” line.) Styled by Ruth Higginbotham, the black-and-white film makes up in clothing what it lacks in plot. “My clothes in the film are from wonderful designers. From great little Chanel jackets to John Rocha, who I’m a huge supporter of. And now [Rocha’s daughter] Simone is in the business, too,” Campbell-Hughes said. “I like designers who are so true to their visions and that never go off the path.”

Born to an Irish mother and English father, Campbell-Hughes grew up in the U.S., Germany and Switzerland. When not on set, she frequents New York, London and Dublin, where she can be found “reading constantly or watching TV. I’m obsessed with historical books, biographies and biopics. It’s a great schooling,” she said. “There are so many great women who have proven that every day can give you a lesson in life.”