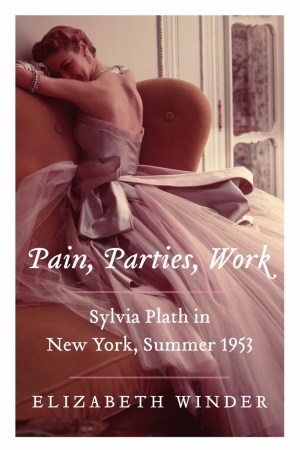 It’s been 50 years since its publication and Sylvia Plath’s searing, semiautobiographical novel, “The Bell Jar,” is still a must-read for a certain brand of angsty coming-of-ager. But Elizabeth Winder’s new book, “Pain, Parties, Work: Sylvia Plath in New York, Summer 1953,” published by Harper and out today, delves into the less gloomy facets of Plath’s life and the experience that inspired the author and poet to write her sole novel: a summer internship at Mademoiselle magazine in Manhattan.

“There are a lot of biographies and critical studies of Sylvia’s work, but I felt that so little space has been devoted to this one month in her life,” Winder says. “A lot of them are very reductionist and oversimplistic — there’s a lot about her suicide and suicide attempts. But when I read her journals and letters, I see someone who loved life and was very engaged in the sensory world.”

The book offers a new perspective on Plath’s life courtesy of Winder’s exhaustive research. Peppered throughout the book are interviews with Plath’s fellow interns, most of whom lived with Plath in the all-girl Barbizon Hotel during that sweltering June. Their recollections of the late Plath vary — some look back at her fondly, while others, like Carol LeVarn, who bears a suspiciously strong resemblance to the novel’s promiscuous character Doreen, allude to a tinge of bitterness.

Among the topics Winder explores at length: Plath’s love of fashion.

Winder uses guideposts to inject some sartorial context into the narrative. Bordered boxes separate from the text contain the history of various trends she references. It’s this history of that fashion moment, and the way in which Plath typified it, that Winder finds most fascinating.

“Post World War II, there was a celebration of luxury, with a very nipped in waist, stockings and full skirts because they had the material now. It was a luscious, lavishly feminine look, and it lended itself well to fashion journalism,” Winder says. “All the changes that happened in the Sixties were starting to happen in the Fifties. Models had been older and were styled to look older than they really were, but Mademoiselle, which was on the cutting edge of those changes, had much younger models. They were much more gamine, with a wide-eyed freshness that set the standard for today. Casual daywear became a thing. Very soon, it would be OK to wear bare legs.”