The Museum of Modern Art took a trip to the dark side Tuesday night when it paid tribute to Tim Burton alongside fans like Johnny Depp and Brooke Shields. 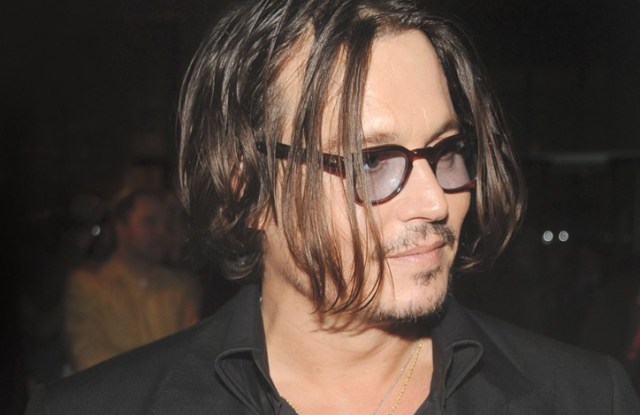 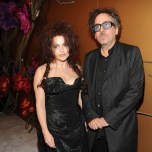 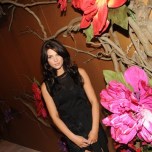 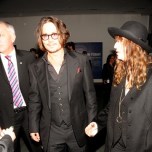 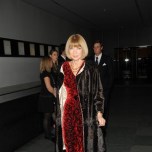 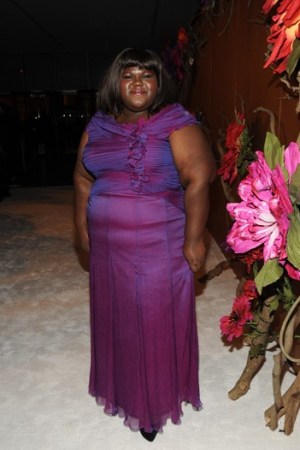 The Museum of Modern Art took a trip to the dark side Tuesday night when it paid tribute to Tim Burton at its second annual Film Benefit. A crush of paparazzi and Burton fans flanked the 53rd Street entrance, including a man on stilts dressed as Edward Scissorhands. Inside, an autumnal backdrop stood in for a mundane step and repeat, where guests such as Brooke Shields, David and Julia Koch, Rachel Roy, Agnes Gund, Danny Elfman, Gabourey Sidibe and Rose Byrne took turns posing.

“There’s Johnny Depp! Wow, what an entrance,” said a star-struck Byrne as Depp appeared with date Patti Smith in tow. Byrne had no plans to introduce herself, though. “I’m completely shy,” she blushed.

Depp didn’t do much talking, either, skipping most of the press line to join Helena Bonham Carter in the museum’s theater for a special presentation honoring Burton, whose highly anticipated “Alice in Wonderland” is slated for spring.

“I welcome you not only to MoMA, but to Tim Burton’s universe, because that really is what this evening is all about,” said honorary co-chair Marie-Josée Kravis. “I have to say that having seen Tim Burton’s movies — ‘Batman’ or ‘Beetlejuice’ or ‘Planet of the Apes’ or ‘Sweeney Todd’ or many other movies — I myself always felt that he was not a person making movies, he was a person creating these astonishing worlds.”

Longtime Burton friend Danny DeVito served as the host and gave Kravis a ribbing in his remarks.

“Now, we’ve done three movies together. We did ‘Batman Returns,’ which — where is she? — you left out when you were up here. ‘Mars Attacks!’ which you also left out, and ‘Big Fish,’ which you also left out,” he said to much laughter. “We’re all molded by our upbringings, as they say. Tim grew up in Burbank, Calif., where he was baked by the blistering sun and who knows what happened to his brain. It was fried when he was a little boy, but by the end, all of this manifested itself in his work,” he continued, showing some early Burton clips including “Doctor of Doom” and “Hansel and Gretel,” as well as the little-seen DeVito-directed “Hoffa,” in which Burton plays a corpse.

“I really want to thank everybody. It’s just such a special honor for me to have this and Danny and everyone, and I’m just a bit overwhelmed and thank you very much for coming,” he said before returning to his seat.

Afterward, guests filed into the museum’s second-floor atrium for a seated dinner where DeVito received a special birthday cake (he’s 65) and Depp gamely signed autographs for the swooning women in attendance.

“One woman came up to me and said, ‘You have to introduce me to Johnny Depp. My two fantasies are Marlon Brando and Johnny Depp and one of them is dead,’” laughed Kravis.

As dinner wound down, many headed to the third floor to check out MoMA’s exhibit, which includes 700 drawings and objects from Burton’s vast archives.

Even the filmmaker’s paramour and longtime muse Bonham Carter seemed overwhelmed by her partner’s boundless creativity.

“It’s an honor to be so featured in Tim’s imagination. I don’t put any energy into being a muse,” she said. “Cooking and feeding him — that’s a different thing.”