Chelsea Clinton surprised her father by presenting him with a Father of the Year award. 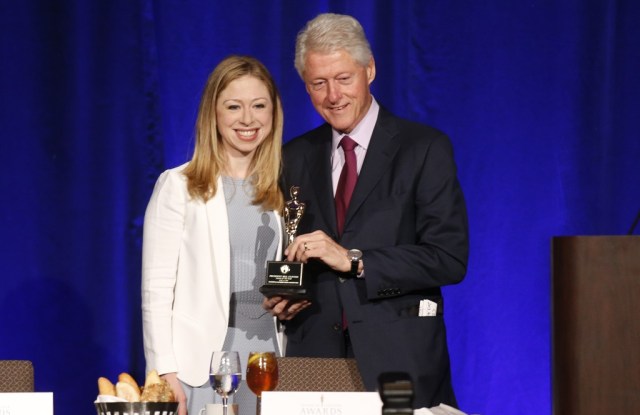 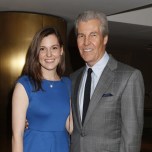 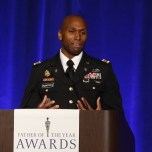 Fathers and daughters have always had a special bond and it was never more obvious than when Chelsea Clinton stepped into the ballroom at the Grand Hyatt Hotel in New York Tuesday afternoon and surprised her father by presenting him with a Father of the Year award.

She told the crowd that in an attempt to increase her popularity in preschool, she said her father was a “fry guy at McDonald’s” instead of the Governor of Arkansas. Her reputation soared until her teacher intervened and said her parents needed to teach their daughter to tell the truth. With her “mea culpa” the next day, her popularity plummeted, she recalled. Nevertheless, she said that throughout her life, her father has been a constant source of support, from helping with her algebra homework to brainstorming with her on the most serious decisions in her life. “He set the bar very high for my husband,” she said, noting that her father always provided her with “a safe place to land and a hard place to launch.”

After giving his daughter a bear hug, former President Bill Clinton said he’d received a text from his wife, Hillary, before the luncheon, saying: “Congratulations, you deserve it — in our family, that’s a very big deal,” he said, drawing a laugh from the sellout crowd.

Clinton went on to recall the night his daughter was born and said that from that day forth, Chelsea “is the greatest thing that ever happened to me.” He also singled out Save the Children, the charity partner for the event, saying the work they do “helps people live better lives around the world.” And he said that regardless of where people reside, their lives can be happy if they have “a coherent family life.”

Similar sentiments were expressed by Terry J. Lundgren, chief executive officer of Macy’s Inc., who was presented the award by his daughter Tracy, who is graduating this month with a master’s degree in education from Drexel University. “She’s been teaching on the side and interviewing,” he said. “I couldn’t be more proud to be her dad and her sister’s dad.” Lundgren said that his other daughter, Jessica, also followed her dream, merging her love of animals with her family heritage in retail by working for Petco.

Tracy read a letter from her sister saying that their father taught them some valuable lessons including “honest hard work,” that women can be just as successful as men and that they should “speak up when you believe in something.”

She said that in order to achieve his goals, their father “worked, worked and then worked some more,” but it showed his tenacity and that he “does not give up — ever.” She also relayed the best advice she’d ever gotten from her dad: “Bloom where you’re planted.” Although that has been a tough lesson to learn, it’s been invaluable, she said, as it “motivated me to find my own path. He taught me optimism, perseverance, humility and, most important, to believe in myself.”

“It’s great to hear those words in public, with witnesses,” Terry Lundgren said. Calling his daughters “the two lights of my life,” he said, “nothing is more special than seeing my daughters turn out so well.”