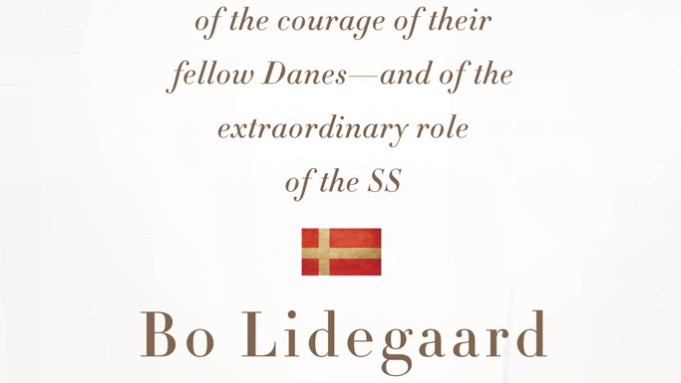 Many people know that, during the Second World War, Denmark somehow managed to save almost its entire Jewish population from being deported to camps and murdered. But few know how this was accomplished. Now Bo Lidegaard, a Copenhagen journalist and former diplomat who is currently the editor in chief of the top newspaper Politiken, has written a book that explains this episode, “Countrymen: The untold story of how Denmark’s Jews escaped the Nazis, of the courage of their fellow Danes — and of the extraordinary role of the SS” (Alfred A. Knopf). The key word is the first part of the title: “countrymen.” Danes regarded their fellow citizens who happened to be Jewish as citizens first, who should not be singled out on any basis. The revulsion against identifying Jews, penalizing them or rounding them up was universal throughout all levels of Danish society, from the least to the most privileged circles.

Denmark was occupied during the war by Germany, but it was a relatively benign occupation. There weren’t many German soldiers stationed in the country, and Denmark exported substantial amounts of farm produce to Germany, something that its recipients considered important to their war effort. Danish members of the shadow government managed to convince the Nazis that, if they acted against the Jewish part of the population, the rest of the Danes would rebel, creating a hornet’s nest in what they regarded as a peaceful protectorate. Among those who believed that a roundup would be contrary to German interests were the Nazis in charge in Denmark, Werner Best and Georg Duckwitz.

“Best was not by any means a good guy,” said the author, who was in New York partly to give talks at the Museum of Jewish Heritage and at Scandinavia House. “He was a committed Nazi, and he had been involved in some actions in Eastern Europe. But he just didn’t think that deporting the Danish Jews was worth the effort.”

At the end of September 1943, Duckwitz actually warned the leader of the Social Democrats, Hans Hedtoft, that the Germans were planning an action against the Danish Jews. Some didn’t find this warning credible, but soon, Jewish Danes across the country had gone into hiding and were trying to get to neutral Sweden. Thus began to unfold one of the most remarkable stories of the war.

Sweden had promised to take in the Danish refugees, but the Jews themselves and their helpers had to figure out how to get them there. At first, a few fishing boats were willing to make the trip. But before long, trains to the rural part of the coast, which were usually almost empty, were filled with dark-haired families carrying their luggage. The German authorities ignored this obvious exodus, since, at the time, no one was doing anything illegal. For their part, ordinary Danes in coastal villages organized networks and took contributions to pay for passage. The intent was that the wealthier passengers would pay for those who could afford little or nothing.

The stories are surprising — in contrast to the response elsewhere in Europe, almost every Dane seemed willing to take in and hide Jews on the run, even if they had just encountered them when they knocked on their doors. In the end, only 472 were captured in the German action — a far cry from the 7,000 who had been expected.

The Danes were not saints. They took in very few refugees from other countries before and during the war, and allowed Danish Communists to be caught and imprisoned during the occupation. But the few Jewish refugees who had managed to get through customs in Denmark were also among those taken to safety in Sweden.

The exceptional status of the Danish Jews continued after the German roundup. The Jews who had been captured were sent to Theresienstadt, which was a transit camp, rather than a death camp. And there they remained. Most of them were actually released before the end of the war, since the Swedish Red Cross had made a deal with Heinrich Himmler, who delusionally believed that doing so would help put him in a position to run Germany after the war. Denmark’s shadow government had put continuous pressure on the Germans to ensure the safety of the Theresienstadt Jews, and also tried to get them to return half-Jews and Jews married to non-Jews who were part of the group, since they had managed to induce Best to sign a paper saying that he wouldn’t deport them.

The Danish authorities stymied the Nazis, who wanted to install a puppet government, by using the Germans’ obsession with legalities and procedures against them. At one point, angered by German insistence on reinstating the death penalty, which had been outlawed in Denmark, the whole government resigned as a group. But King Christian refused to accept their resignations, claiming that the Nazis had taken the authority from him to do so. So the government, including foreign minister Erik Scavenius, continued to govern unofficially from the shadows. “The king was, of course, part of the alliance with Danish society to stick to the foundations of democracy,” Lidegaard says.

The most famous story which concerns Denmark’s Jews, in fact, involves King Christian. When he was told that Jews in his country had to wear a yellow star, he was said to have ridden through the streets of Copenhagen wearing the star himself. That part of the tale is apocryphal. A cartoon, however, shows him chatting with the Danish prime minister, Thorvald Stauning. Stauning asks, “What shall we do, Your Majesty, if …our Jews also have to wear yellow stars?” The king’s answer, “Well, then we’ll probably all wear yellow stars.” This exchange is mirrored precisely in notes in the king’s diary. “So,” Lidegaard says, “the anecdote has a real root.” In the end, no one in Denmark had to wear the yellow star.