The literary and social sets, from Rachel Roy to Nora Ephron to Nancy Kissinger, tell WWD what they are reading now. 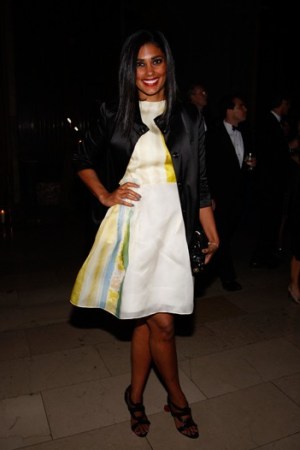 “When You are Engulfed in Flames,” by David Sedaris.
— Rachel Roy

“The Seven Mountain-Travel Books,” by H.W. Tilman. “Tilman was an active mountain climber in the mid- to late-Twenties.”
— Honoree Annie Proulx

“The Hemingses of Monticello: An American Family,” by Annette Gordon-Reed. “It’s about the slave children fathered by Thomas Jefferson.”
— Susan Fales-Hill

“God Is a Bullet,” by Boston Teran.
— Bryant Gumbel

“Free for All: Joe Papp, the Public and the Greatest Theater Story Ever Told,” by Kenneth Turan.
— Nora Ephron

“The Trump Card,” by Ivanka Trump; “It’s Your Time,” by Joel Osteen and “Our Choice,” by Al Gore. “They’re all on ‘The View’ this week.”
— Barbara Walters

“I’m, like, totally not reading anything right now, which I know sounds really stupid. I got ‘The Road Less Traveled’ for my birthday and loved it.”
— Leighton Meester

“The Search for Modern China,” by Jonathan Spence.
— Henry Kissinger