Jane Gilmour talks to WWD about her new title, "Colette’s France: Her Lives, Her Loves." 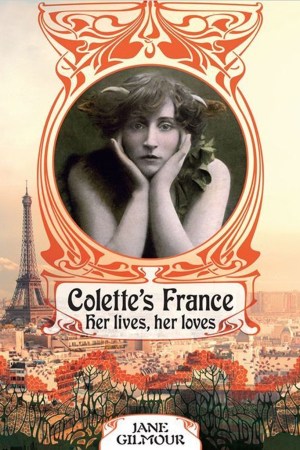 “I had the idea of doing a book about Colette’s life through the places where she lived,” says Jane Gilmour, who has written “Colette’s France: Her Lives, Her Loves” (Hardie Grant Books).

“The book was intended to rely a lot on quotations from Colette. But the quotations turned out to break the flow.” However, “I had seen it from the start as a very visual book.”

She even took many of the landscape photos which are intended to capture the beauty of the countryside that Colette identified with so strongly, with her passion for gardens and animals, particularly cats and dogs. Colette grew up in a small town in Burgundy, and, when she was 20, married an older writer, Henri Gauthier-Villars, known as Willy, who took her to Paris.

When Colette told him stories about her school days, he encouraged her to write about them, taking care to add additional saucy details. These became the Claudine series of books, which launched her career as a writer.

The photos in “Colette’s France” are beautiful, particularly those that show Colette as a girl with very long braids, a slender figure and a piquant, intelligent face. There is also a wonderful shot of her mother Sido at 45. “The Colette Study Centre was very generous, allowing me to use a lot of their material,” Gilmour says.

The biographer’s favorite Colette novel is “Cheri,” which is set in the world of kept women and spoiled, rich young men during the Belle Epoque, and concerns the romantic, ultimately tragic relationship between one of the latter and his much older lover, a courtesan. It’s a view many critics share. “I think that it captures the sense of loss and disillusionment after the war,” she says. “I think it’s a wonderful book, just how alive the dialogue is.”

Great speech, in fact, is something she believes distinguishes Colette’s books from those of other writers: “The dialogue is what carries the story, the reflective part is so much in it.”

And she adds, “She has the most fantastic capacity to reveal the inner depths of human emotions, the writing shows the deepest things about what people are feeling and experiencing.” There is some of that even in the early Claudine books, in “the description of Claudine and her husband making love, in which she talks about the massive form over her.”

Gilmour doesn’t want to depict Colette as a saint and “great earth mother,” as she is often shown. In fact, she is fascinated by Colette’s flaws, too. She was notably ungenerous to her first two husbands, to her mother and her daughter. She gained enormously, for instance, from her close relationship with her mother, who really was an earth goddess. But their close relationship could also be suffocating, and Gilmour feels that Colette didn’t visit her mother often enough after she became old and ill. Sido’s letters are full of pleas for her to come and see her, requests that didn’t usually achieve the desired response. And Colette had a poor relationship with her own daughter, Bel-Gazou, who frequently found herself left alone by parents who were both considerably more interested in their work than they were in her. Then there was her liaison with Missy, the Marquise de Belboeuf, a wealthy cross-dressing lesbian with whom she got involved after leaving Willy. She never gave Missy as much love as she would have desired, instead taking advantage of her and more or less appropriating Rozven, a Brittany villa, from her after they split up. “It was at a time when lesbians were accepted in French society, but not accepted to the extent that they wore male clothes,” Gilmour notes. In fact, Missy wore them all the time, something that set her apart. “It was not an affectation,” Gilmour says.

Gilmour got involved with Colette years ago, studying her first at school and then doing a Ph.D. in literature on the writer at the Sorbonne. “For me, Colette succeeded in making the abstract become real, using the physical world of the senses to reveal the inner world of the mind,” she says.

“‘Between the real and the imagined,’ [Colette] wrote, ‘there is always the place taken by the word, magnificent and larger than the object.’”

Some have criticized Colette for remaining in Paris during the German Occupation in World War II, and continuing to write and publish. But she said that she had to make a living, and she found that the books she wrote at that time hit a chord with Parisians, who were hungry for escape. “Gigi,” set in the same Belle Epoque world as “Cheri,” became a bestseller because it took place during a glamorous time that, when she evoked it, had the power to sweep her readers away from their everyday concerns of wartime shortages and danger.