The Aussie singer and her backing band, the Banging Rackettes, released their first record this month. 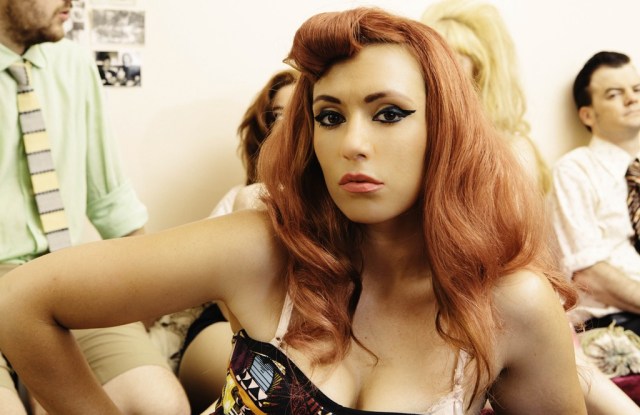 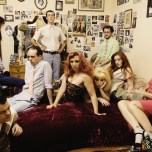 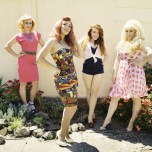 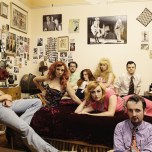 In the era of Auto-Tune and prepackaged pop stars, Australian band Clairy Browne & The Bangin’ Rackettes is a refreshing dose of real, raw talent, plus showmanship skills to boot.

Lead singer Browne’s sassy performance style, accented by the backup Rackettes, a curve-hugging wardrobe and signature fringed gloves, has earned a following Stateside after a 27-show tour that began at South by Southwest and wrapped at Los Angeles’ Troubadour last month. The band’s debut record, “Baby Caught the Bus,” out this month from Vanguard Records, combines soul, blues, jazz and R&B in an appealing collection of songs that bid listeners to shimmy and croon along, or at least to wish they possessed Browne’s low, powerful voice, which recalls Amy Winehouse.

“We just wanted to bring back showmanship and do something that was more participatory, and also involved all of our musical influences from old R&B to rock and roll,” said the flame-haired singer of the musical collective that began three-and-a-half years ago as a one-night event at the club Jelly Roll in her native Melbourne, Australia. “So we gathered up friends like stray dogs and rehearsed in an abandoned coffin factory in the suburbs.”

Their catchy single “Love Letter” last year was used in a Heineken ad campaign called “The Switch” that garnered over a million YouTube views. The five-piece male band provides a strong musical foundation, while Browne’s voice and the synchronizing stylings of her backup troupe provide the old-school entertainment.

“The outfitting is really important. Instead of looking at four dudes in black skinny jeans play music, we wanted to engage people visually, so we take inspiration from John Waters and Fellini films. It’s like trashy Americana meets classic Italian vamp,” said Browne of the ladies’ looks (the men stick to black suits). Other influences include the voguing ballroom scene of early-Nineties New York City, the film “True Romance” and Prince’s look in the movie “Purple Rain.” Many of her frocks are custom-made by Aussie designer Alice Edgeley, who previously worked with Christopher Kane. Others are DIY jobs or flea market finds.

As for the songs, “They’re inspired by the common themes of love, loss, broken hearts, revenge and retribution. I am deeply romantic and grew up having a good old cry to some great songs. Everybody knows how that feels.”