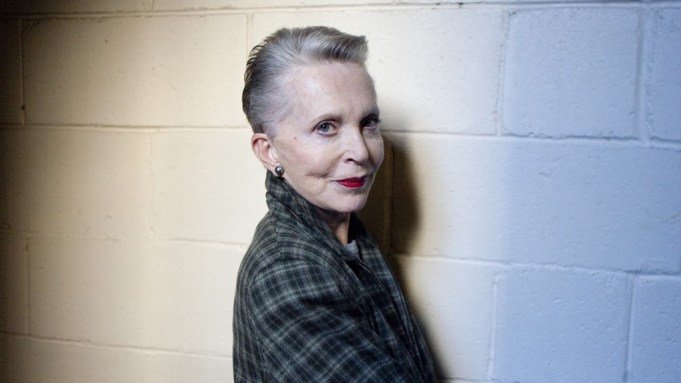 On a crisp morning, Connie Silver lingers in the lobby of New York University’s Silver School of Social Work, scanning a painting of herself with husband Martin hung over the mantle of the room’s imposing fireplace.

“That’s when I was a redhead,” the 72-year-old recalls, running her fingers through her now-ashen pixie cut.

The couple, together 55 years and counting, donated $50 million to the institution in 2007 — the largest private gift to a school of social work in the U.S. to date, according to the university. Hence the portrait’s placement and the school’s name. Yet in a town with no shortage of conspicuous philanthropy, the Silvers maintain a relatively low profile. Martin Silver made his fortune as a founder of the company that would later become plasma collection firm DCI Biologicals. His wife has quietly taught at the school for more than 20 years, since it was still going simply as the School of Social Work. In fact, when Silver was offered a lofty top-floor office overlooking the park, she opted for a small nook in the basement comparable in size to most standard cubicles.

“Well, that’s where all the students are, their lounge is down here,” Silver explains. “I wanted to be near the kids.”

Silver’s modesty can be bewildering. She doesn’t indulge in designer garb (“I work in the world of intense poverty. Someone paying $15,000 for a pocketbook is just absurd to me, but to each his own.”) The subway is her go-to mode of transportation. She outfitted her office with discarded furniture found at “the boneyard,” the school’s term for the alley on the side of the building.

“All the furniture people don’t want winds up there. It’s like the giveaway spot.…Can you believe no one wanted this stuff? I think it works well with the art,” she says, surveying her digs.

Yes, the art. Hung on the walls of her quarters are the fruits of her most recent labor — vibrant paintings that feature a jumble of contorted, cartoonish, albeit smiling, faces. Usually the faces form linear, treelike structures. The pursuit grew out of her tradition of painting watercolors for holiday cards for friends and family. Five years later, working under the professional pseudonym McSilver (an amalgamation of her maiden name and her married one), Silver’s watercolor and acrylic paintings have landed her a spot at Art Basel Miami Beach, where her exhibition “People Treed” opens today in the Red Dot Tent.

Silver has a wicked sense of humor, one that’s conveyed in her creations.

“Oh, look at her. I love her,” she says, flipping through photographs of her pieces (nearly all have already been shipped to Miami from her studio in Connecticut).

“She’s got the fun hair and the big boobs,” she says, pointing to a voluptuous figure in a piece titled “Birds of a Feather.”

“Oh, and him,” she excitedly points to another character in the tableau, this one donning a grand chapeau, an enormous feather sprouting out of it. “If that’s not a fashion statement, I don’t know what is.”

Silver’s process is organic and, for lack of a better word, rudimentary. She demonstrates the initial step with a pen and paper. “I put my pencil down on a point and then I don’t look at all, I look away,” she says, squiggling away blindly across the page, creating a series of loops and coils. “Then I fill in. I look at it and I see what I’ve got. Like, right off the bat here, I have a great face here and a funny little nose there. I can put some teeth here,” she says, sketching in the empty space. “It just develops. I just sit down and it flows.”

At NYU, Silver plays tour guide like a proud mother; she gets animated when discussing curriculum and is clearly well versed on the subject. She pops into offices, greeting staffers with an unfeigned familiarity and almost familial affection. It’s apparent that Silver’s involvement with the school is not simply monetary but rather she genuinely considers the place home.

True to form, all of the proceeds of Silver’s Art Basel sales will go directly to bolster the Silver School’s financial aid programs. “Every dime of every single thing that I sell,” Silver says. “That’s the whole reason I’m doing this. Isn’t that how it should be?”