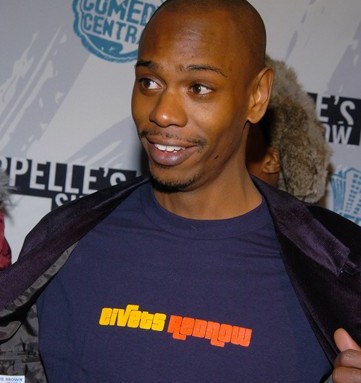 Out of sight, out of mind? Hardly. If we can learn anything from South Carolina governor Mark Sanford’s South American jaunt and subsequent (red) hand-wringing, it’s that no one is ever really just “hiking the Appalachian Trail.” Here, some of the most notorious and notable no-shows, disappearing acts and AWOLs in pop culture history.

Jeremy Piven claims a case of “mercury poisoning” to explain his absence from the Broadway show “Speed-the-Plow” late last year. Few buy the excuse, including the play’s producers, who eventually sue the
hard-partying actor.

Whitney Houston pulls out from performing at Liza Minnelli’s 2002 wedding to David Gest, which leaves the bride-to-be reportedly crying into the phone when she hears the news. Houston was slated to sing “Greatest Love of All” as Minnelli walked down the
aisle.

Dave Chappelle vanishes from the set of Comedy Central‘s “Chappelle’s Show” while filming the third season in 2005, walking away from a development deal worth a reported $50 million. He resurfaces a few weeks later in South Africa, telling Time magazine, “People got to take inventory from time to time. That’s what this [coming to South Africa] is for.”

Helmut Lang skips the 2000 CFDA Awards, a serious slight considering he was nominated in all three top categories: women’s wear, men’s wear and accessories. He ends up winning for accessories.

Greta Garbo leaves John Gilbert waiting at the altar when she goes AWOL on their Sept. 8, 1927, wedding day. Six years later, they reunite — if only on-screen — in the film “Queen Christina.”

Modeling’s holy trinity — Naomi Campbell, Linda Evangelista and Christy Turlington — are no-shows at the “Model as Muse”-themed Costume Institute gala this year at the Metropolitan Museum of Art. While Campbell cites her allegiance to supposedly snubbed designer Azzedine Alaïa as the reason, some wonder if the women’s bruised egos are the culprit, as cochairing duties were awarded to relative newbie Kate Moss.

Amy Winehouse is curiously absent from the video of her and Mark Ronson’s 2007 hit “Valerie.” The troubled singer’s lines are lip-synched by women done up in Winehouse’s trademark retro style, fueling rumors that she was too far gone for the job. In 2008, after a string of canceled appearances, she decamps to the Caribbean island of St. Lucia, reportedly to dry out.

Bob Dylan disappears for months after a July 1966 motorcycle accident near his home in Woodstock, N.Y. Rumors fly that he’s disfigured, in a coma or dead.

Oscar de la Renta stirs up drama for the Metropolitan Opera when he threatens to boycott its opening gala in 2008. The reason? He was insulted that no American designers were asked to create the costumes for star Renée Fleming. Come show night, however, peace is negotiated and he makes an appearance.

John Galliano fails to show at Savannah College of Art and Design’s graduate show in 2008, where he was slated to receive the André Leon Talley Lifetime Achievement Award. (The incident pales in comparison to when he stood up Queen Elizabeth II and then-French president Jacques Chirac for a royal state dinner at Buckingham Palace in 1996.)

John McCain bails on a September 2008 appearance on “Late Show With David Letterman” mere hours before the show. “This is not the way a tested hero behaves,” said Letterman. “I think someone’s put something in his Metamucil.”

Fashion darling Miguel Adrover disappears from the industry radar after closing his business in 2004, only to return in 2008 as creative director of Hess Natur, an eco-conscious German mail-order business. The time in between, he says, was spent traveling, driving a horse taxi in Egypt and opening a coffee shop in his native Majorca.

Where in the world is Jil Sander? That’s what the fashion set is wondering after she falls into obscurity following her abrupt exit-comeback-exit from her label in 2004. This March she announced her long-awaited (second) comeback: Sander is taking over the creative reins at retailer Uniqlo.

When Sen. Hillary Clinton pulls out of a cover shoot and story for Vogue’s February 2008 issue, reportedly for fear of appearing “too feminine,”
Anna Wintour strikes back in her editor’s letter, taking the presidential hopeful to task for her outdated notions of femininity. (The rest is history.)

And the Oscar Goes To…

The Academy Awards are not immune to celebrity no-shows. Here, some of the most memorable.

1934: Nominated for her role in “Morning Glory,” Katharine Hepburn snubs the Academy by declining to show but wins her first of four Oscars, none of which she would be present to accept.

1959: First-time nominee Paul Newman (“Cat on a Hot Tin Roof”) skips the ceremony because he’s starring in the Broadway production of Tennessee Williams’ “Sweet Bird of Youth” and refuses to miss any performances.

1973: In protest of Hollywood’s ill treatment of Native Americans, Marlon Brando sends Sacheen Littlefeather in full Apache regalia to the ceremony, where she declines his Best Actor award for “The Godfather.”

1978: Woody Allen opts to perform with his jazz band in New York City on the night “Annie Hall,” which is nominated for five Oscars, wins four, including for Best Picture, Best Director and Best Original Screenplay.

2002: Filmmaker Roman Polanski, who fled to Europe in 1978 after pleading guilty to “unlawful sexual intercourse” with a 13-year-old girl, wins Best Director for “The Pianist,” but does not attend the ceremony for fear of being arrested by U.S. authorities.