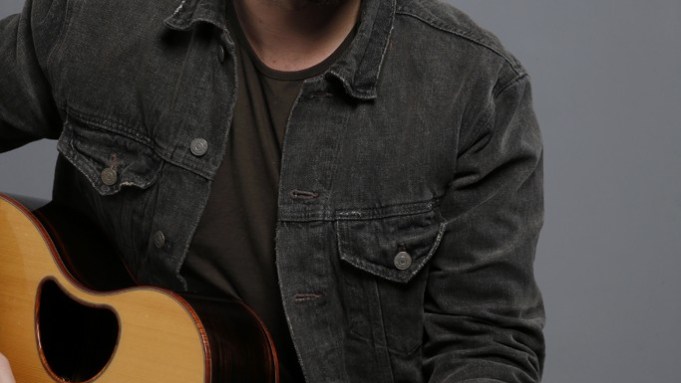 The 22-year-old singer-songwriter is the son of Rhett Akins, a country singer who had a string of hit singles in the Nineties. But following in his father’s footsteps was not inevitable. “My dad didn’t want me to be a singer,” he says, “and neither did my mom.”

After pondering careers in everything from kinesiology and business to construction, he turned to music. “I hated college with every ounce of my being,” he says. So he laid hardwood floors and worked on his uncle’s farm in Georgia and realized, “I hated manual labor too. And I’m not a 9-to-5 job guy either, my brain is too scattered. I have to do something at all times, so I figured I’d do something in entertainment.”

Rhett had been dabbling in the music business his whole life and even had a punk rock band in middle school. “We recorded our record in my dad’s living room,” he says with a laugh. But it wasn’t until his songwriting skills got noticed that he and his parents got fully on board. Jason Aldean selected one of his songs, “I Ain’t Ready to Quit,” for his “My Kinda Party” album, the best-selling country album of 2011, and Rhett was on his way. He signed with Valory Music Co., a division of Big Machine, which also boasts Tim McGraw, Taylor Swift and Reba McEntire on its roster.

Since signing with the label in late 2011, Rhett has charted two singles — “Something to Do With My Hands” and “Beer With Jesus” — and he knows he made the right career choice. His latest single, “It Goes Like This,” is being released to radio on Monday. “Whether as an artist or a songwriter, I was born to do this,” says Rhett, who last month hit a milestone when he opened for Aldean at Madison Square Garden, which he said was “the most amazing thing I’ve done in my life.”

He currently has a five-cut EP featuring his two singles as well as three other songs, and he continues to write new material as Valory prepares to release his first full-length album. Although a date has not been set, it’s expected to be released this summer.

Rhett is also in the spotlight for penning the newest single for Aldean — “1994,” a tribute to another Nineties singer, Joe Diffie — as well as Lee Brice’s latest song, “Parking Lot Party.”

Rhett says that most of the time it’s not hard for him to decide to give up a song to another artist. “I work a lot with cowriters, and I can’t look at them and ask if they’d mind whether we hold a song two years until I cut my own record. Unless I’m really dying for it, I give it away.”

One of those cowriters is his father, who often travels with him on the road. Rhett said that although he makes no attempt to distance himself from his father, he decided against using his last name professionally. “I’ve always been called Thomas Rhett,” he said. “It’s a Southern thing to use two names. Thomas Akins sounded like what I’d put on a test paper in high school, and part of it was also separation between me and Dad.”

Their styles are also different. Akins was more traditional country, while Rhett’s musical tastes incorporate rock, hip-hop and rap. Since signing his record deal, Rhett has been honing his image, one that includes a baseball hat worn backwards, “jeans that are too tight and a megaphone.” When he performs, Rhett uses a camouflage-print megaphone that a former guitarist picked up for him at Radio Shack. “You have to brand yourself,” he said. “Jason [Aldean] always wears a cowboy hat, a short-sleeve button-down shirt and Wrangler jeans, and Eric [Church] wears sunglasses. I dance and I’m an idiot and have fun.”

In terms of his fashion choices, Rhett said he’s partial to Diesel jeans, “tight-fitting cool old rock ’n’ roll T-shirts,” denim or leather jackets and cowboy boots. “And I always wear [knee] socks with different designs.” When appearing at awards shows, he opts for John Varvatos suits. “My body’s weird,” he said. “I have long legs and not a very big rear. I need pants that are like a push-up bra for women.”

Looking to the future, Rhett hopes that one day he will headline a show at Madison Square Garden. Until that time, he’s prepared to stay on the road, write and learn. “I’ve been on the road a full year, and I’ve learned a lot about what I want to do and what kinds of fans I want to attract.” He’s also married, and he and his wife, Lauren, who met in the first grade, are working to figure out “how to deal with my being on the road.”

But even when they’re not together, Lauren can find a photo of her husband at her breakfast table every morning. Big Machine has teamed up with General Mills to put its artists on specially marked cereal packages to benefit the Outnumber Hunger initiative.