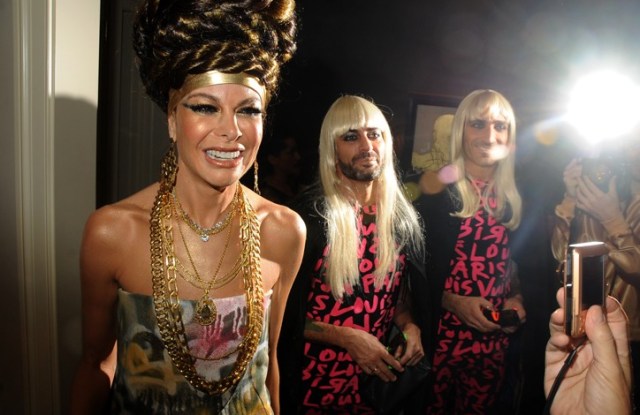 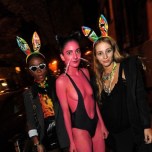 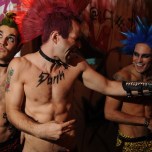 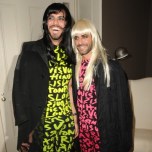 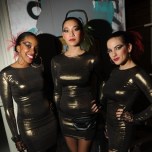 Human cans of Krylon spray paint, “Like a Virgin” Madonnas and Boy Georges filled her home, which was transformed into a Lower East Side dance club where pop-and-lock performers, Marc Jacobs, Jill Kargman and Gloria von Thurn und Taxis cut a rug to The Bangles, Cyndi Lauper and The Cure.

“My version of the Eighties was a lot more tame than this,” said the hostess, who was in high school during the heyday of Danceteria and Jean-Michel Basquiat.

Fabiola Beracasa and boyfriend Jason Beckman arrived as Prince Charles and Lady Di, respectively, on their wedding day. “We knew we wanted to be an Eighties power couple,” explained Beckman. “But I told Fabiola it would be lame unless I went as the woman.”

Chris Benz also went to great lengths, spending hours in a salon chair to achieve his Adam Ant get-up. “I’m going to look so weird at the gym tomorrow with these extensions in,” he laughed.

Some had an easier time of it. “I just had this lying around in my closet,” said Jacobs of his Stephen Sprouse onesie.

And then there was Valentino, who arrived as himself. “I don’t like to wear costumes at parties,” explained the designer. “It’s just not my style.”