Avant-garde photographer Deborah Turbeville typically exhibits in galleries where space is tight, and that’s just fine with her. 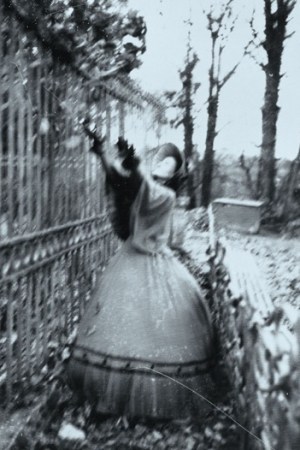 Avant-garde photographer Deborah Turbeville typically exhibits in galleries where space is tight, and that’s just fine with her.

“I like to cram things,” like an artist obsessively fills every inch of a notebook with sketches, she says. “I don’t work in such big spaces.”

So exhibiting in the 15,000-square-foot penthouse of Ralph Pucci International at 44 West 18 Street in New York triggered a different approach, causing her to make larger prints than normal and clustering them into collages or visual stories, to be sold that way.

For the exhibit at Pucci, she’s reinvented much of her groundbreaking work from the late Seventies and Eighties. “They’re really remade from prints of years ago, when you had all this marvelous paper that doesn’t exist anymore,” Turbeville said. Though the prints are digitally reproduced and available in a limited run, she feels they capture all the imperfections, haziness and tonality of the originals, even the masking tape she used to cover tears. “I scratch and do a lot of things with my photographs,” culminating in a distressed look of antiquity and ambiguity.

Turbeville’s show at Pucci, entitled “Silent Film,” launches Thursday night with a party. “Whether it’s mannequins, art, sculpture or photography, there’s clearly a thread that runs through all of it. Deborah’s vision is consistent with ours,” Pucci says.

About half the photos are set in and around Versailles, France, but she exposes the behind-the-scenes Versailles, those musty back rooms and storage spaces off-limits to the public. There are even photographs shot in Marie Antoinette’s little-known theater, not far from the palace, where private performances for the king and his inner circle were held. Her treatment of sculptures kept in storage by the Louvre museum evokes “kind of a seance,” she says. “They are not all [shot] straight on. It’s a tracking shot, like a mini film.”

They’re all taken from her “Unseen Versailles” series abetted by Jacqueline Kennedy Onassis, who helped Turbeville gain access to the royal palace. Other photos on display were shot in Saint Petersburg, Russia, where she spends three to four months out of each year lecturing and photographing, and in Venice for carnival.

More photo artist than fashion photographer, Turbeville is inspired by the great silent film directors from France, Germany, Russia and Japan, including Jean Cocteau and Rainer Werner Fassbinder. Her subjects are treated in unexpected ways amid offbeat locales she discovers, like an old wine distillery in Bercy, outside Paris, or the underbelly of a royal palace. “I tend to like very classic things. I focus on the face,” but there’s as much to the composition in the scene she sets and the story behind it that can only be imagined.

“I find personalities, look for interesting faces and do pictures in locations suggestive of the rest of the work,” explains Turbeville. “I combine clothes, people and place to make a story….I like strange places.”

She has a new book, “Past Imperfect,” published by Steidl. It’s available in Europe and soon to be in the U.S. In about a month, she’s off on assignment in Poland and Russia for Italian Vogue, L’Uomo Vogue and Casa Vogue. As far as the subject she’ll tackle, she says simply, “I have no idea.”

It’s another voyage of discovery.