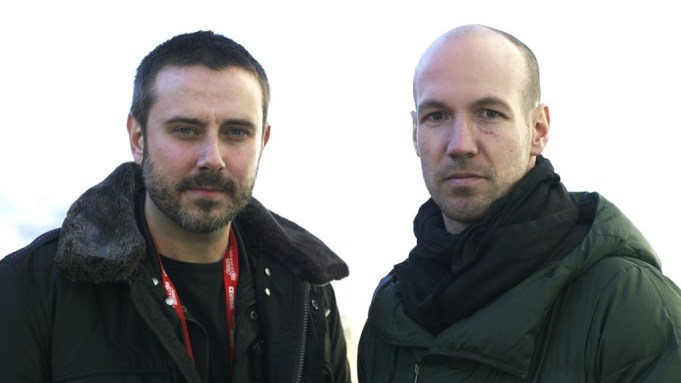 Journalists are trained to keep themselves out of the story, but some can’t help become a part of it. In one of the most well-received documentaries at the Sundance Film Festival, “Dirty Wars,” Jeremy Scahill is both narrator and subject of one of the most incendiary stories in recent history. Directed, shot and edited by fellow war journalist and filmmaker Richard Rowley, “Dirty Wars” follows Scahill, national security correspondent for The Nation, as he reports on the U.S.’ covert war on terror, which according to the film has seen thousands added to the U.S. military’s “kill list,” and elite forces that operate in the shadows.

The gravity of the topic was not lost on Park City, Utah, audiences. In one screening, the credit reel rolled in silence, followed by a unanimous standing ovation that nearly moved the filmmakers to tears. The film was picked up by IFC Sundance Selects two days after its premiere and is slated for a late-summer release. Rowley won the cinematography award at the festival’s closing ceremony, and Scahill’s book “Dirty Wars: The World Is a Battlefield” will be released April 23 by Nation Books.

“The Iraq war destroyed a lot of journalists internally,” said Scahill, who spent years reporting on the fighting in Baghdad with Rowley and Rowley’s wife, Jacqueline Soohen (a filmmaker herself and a producer on the film). “It was a horrifying scene, but we became very close because we experienced it together, so coming out of that we decided we wanted to work on a major project together.”

RELATED STORY: The Girls of the Sundance Film Festival >>

They earned extraordinary access through decades of war reporting experience and long-cultivated source relationships. Rowley and Scahill, both 38, are steely nerved Midwesterners with earnest manners. In 2009, Scahill was beginning a new assignment in Afghanistan. “We had a sense there were two wars going on: the big conventional war that gets covered, and the other war hidden within it of night raids and secret operations,” he said.

Seated next to Rowley and screenwriter David Riker on a sofa in a rented Park City condo, Scahill spoke emphatically, but when silent his body visibly contracted inward, and he bent his head down toward his knees and put his hands over his face several times.

It’s clear their reporting experience had a profound effect on Rowley and Scahill. Said Rowley: “A moment came when we were talking to villagers whose entire village had been wiped out by a U.S. cruise missile, where I was filming Jeremy and we both realized that there were two stories: this meticulously reported exposé about the rise of covert war and the internal story about how this was changing us, and Jeremy, on-camera. JSOC [Joint Special Operations Command] is now operating in over 70 countries, and these wars turn places like Somalia and Yemen into terrifying places. These units operate without any Congressional oversight; there is no public debate and disclosure about them; they can assassinate and execute Americans without trial. It became clear that we need to tell both those stories.”

About a year ago, Scahill and Rowley wrapped up reporting and called upon their friend Riker to help them create a narrative script, a process that required him to pore over outtakes from hundreds of hours of footage and conduct hours-long handwritten interviews with Scahill.

“The stories themselves are so devastating that it’s almost too much to take in. And then there’s the story behind it of these young men who have already spent half their lives in war zones. I saw my job as to see whether we could experience what they were discovering along with them,” said Riker.

Parts of the film shot in New York capture Scahill writing his upcoming book, publishing articles and dealing with the blowback. He is harangued by an Army general and a State Department official on television, has his computer hacked and receives a threatening phone call from a senior Joint Chiefs of Staff aide.

“We became war reporters because the wars on terror in Iraq and Afghanistan were the most important things happening in our generation and they were not being covered,” Rowley said. “Hundreds of thousands of people have been killed, and we have a right as Americans to know about the wars being fought in our name. We made this film as an attempt to make the invisible visible.”

They are equally committed to making sure their subjects see the film.

“A Yemeni tribal leader we interviewed called and told me that he had heard the film was going to Sundance,” said Scahill. “After he Googled ‘Sundance’ on his BlackBerry, he asked, ‘Is Robert Redford going to see this film?’ The possibility that someone like Robert Redford would know the story of the 46 people that were killed there means something profound to them.”

Rowley, Scahill and Riker already have plans to work together again, this time in the feature realm.

“We’ve come across some surreal stories in the course of making a real-life film that we believe would have a huge audience globally, and that’s what the three of us are going to work on once we get a night of sleep,” said Scahill.