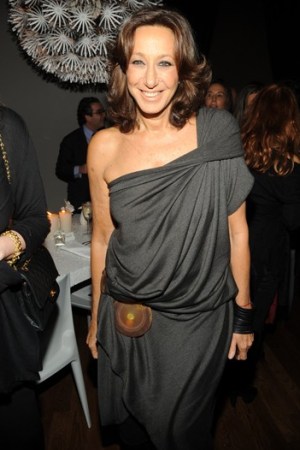 Donna Karan hosted her 14th annual ACRIA holiday dinner Wednesday night with InStyle, Bob Colacello, Francisco Costa and the Herreras. The evening honored the late Claudia Cohen, a staunch supporter of the organization which benefits AIDS research. Her daughter Samantha Perelman accepted the award, while Samantha’s father Ron proudly looked on. “She’s got Claudia’s sparkle, Claudia’s spunk, Claudia’s energy, Claudia’s good naturedness, Claudia’s toughness and Claudia’s generosity,” he said. Did she inherit anything from dear old dad? “She’s a pain in the ass,” Ron added. “She’s focused and she’s smart. So was her mother. Her mother and I had a lot of similar qualities. Fortunately, Samantha’s the best of both of us.”

The event, held at the Urban Zen Center at the Stephan Weiss studio, raised over $300,000 for the cause and was seen by several guests, including Gabby Karan de Felice, Helen Schifter, Jason Wu and Allison Sarofim, as a lovely affair. However, the centerpieces—cauliflowers painted black and white and sprinkled with glitter—did start to smell by the end of the night.