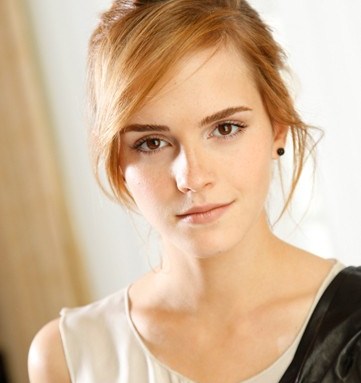 The “Harry Potter” film series might weave box office magic, but it’s hardly the stuff of style trends, unless wizard robes are your thing. That hasn’t stopped Emma Watson, who’s portrayed character Hermione Granger for nearly a decade, from blossoming into a full-fledged fashion industry favorite off-screen. Shedding Hermione’s sensible cardigans, Watson’s real-life wardrobe includes frocks from such heavy-hitting brands as Chanel, Proenza Schouler and Burberry, for which she is the latest celebrity face. It’s a surprising transformation for a girl who was fresh off the school field hockey pitch when she started the series, but Watson swears she doesn’t want it to distract from any cinematic achievements. “I really don’t want fashion to overshadow my career — that’s my worst nightmare,” she says. “First and foremost, I’m an actress.”

Before “Harry Potter and the Half-Blood Prince” hits the big screens Wednesday, the 19-year-old Brit sits down with WWD to discuss red-carpet choices, celebrity endorsements and her decision to head to college.

ON BURBERRY: Watson first met creative director Christopher Bailey at last year’s Burberry and Vanity Fair party at London’s National Portrait Gallery. “We just really hit it off,” remembers Watson of that night. Cut to Bailey calling to ask her to be in the house’s latest campaign, shot by Mario Testino. “I was really excited,” she says. “I’ve done a bit of modeling over the past year so I had practice.”

“I felt very strongly that she would be perfect to hold the whole campaign,” says Bailey, who cast her alongside five boys. “I loved the idea of Emma being surrounded by these young, cool British guys.”

ON RED CARPETS: “You feel like you’re gearing up for a marathon,” says Watson, who often pulls premiere night looks herself. (The starlet works occasionally with a stylist “friend” whom she declines to name). “I’ve really enjoyed having personal relationships with designers. It’s amazing to be able to go to them directly,” says the actress, who also looks to younger talents like Christopher Kane and Phillip Lim. Off-duty, she hits high-street brand Reiss to find blazers that “aren’t massive on me,” which the dainty star pairs with T-shirts, jeans and clunky All Saints lace-up boots.

ON CELEB FASHION BRANDS: Unlike many of her famous peers, Watson says she has no plans to do her own line. “I’m really not interested in doing it for my own ego. I’m not a designer,” she says matter-of-factly. “If someone asked me to do something that was beneficial to a cause, then maybe I’d consider it, but not just [to be able to say] ‘Look at me! I’ve got my own line!’”

“[It’s] gotten so ridiculous,” she continues. “The idea of making my own perfume makes me want to vomit.”

ON COLLEGE: “The whole reason I’m going is to try and be normal for a bit,” says Watson, who plans to come Stateside to study English literature or art but won’t say where (rumored schools include Yale and Columbia). Her refusal to divulge where she’ll be studying come September has created a minor tabloid frenzy about her usually under-the-radar-life. “I’m wondering if it was a mistake not to talk about where I’m going,” she sighs. “Maybe it would have been better if I’d just said.”

LIFE AFTER POTTER: Only two more installments of “Harry Potter” remain, but Watson, despite having devoted nearly all of her professional acting life to the franchise, isn’t worried. “I’m really relaxed,” she says. “I’m not desperate to take on a really adult role. I’m happy to work on whatever comes along.”

Besides, she points out, “At college, you get five months off a year. That’s loads of time to do projects.”