The film will make its debut at the Tribeca Film Festival in New York on Friday. 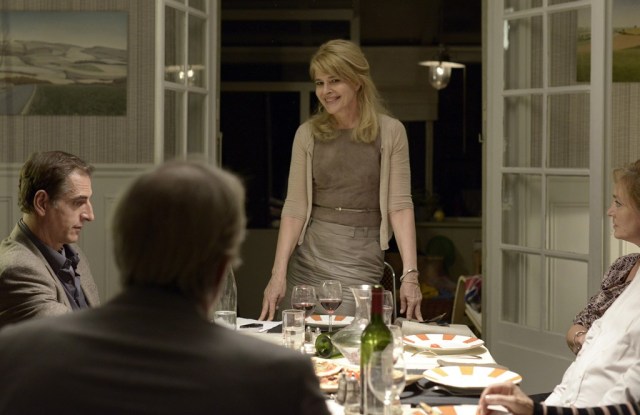 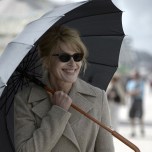 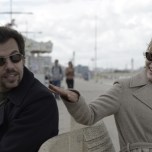 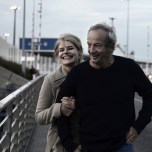 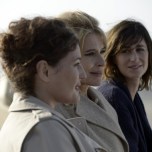 French actress Fanny Ardant has appeared in more than 50 films. At 65, she is probably best known to American audiences for playing the seductive title role, Mathilde Bauchard, in 1981’s “The Woman Next Door,” directed by François Truffaut, which made her a major star. Her other movies include 1983’s “Confidentially Yours,” also directed by Truffaut; 1996’s “Pédale douce,” directed by Gabriel Aghion, for which she won a César award, and 2002’s “Callas Forever,” directed by Franco Zeffirelli.

Now her latest, “Bright Days Ahead,” directed by Marion Vernoux, will make its debut at the Tribeca Film Festival in New York on Friday. In the movie, the actress, best known for her roles as a brunette, is blonde; otherwise, she seems to have changed relatively little in the intervening years.

In “Bright Days Ahead,” which also stars Patrick Chesnais and Laurent Lafitte, she’s Caroline, a dentist who has recently retired, and who is married to another dentist (Chesnais), with two daughters and grandchildren. Retirement has left her at a loose end, and one of her daughters gives her a membership to a senior center, Bright Days Ahead. When she learns it offers computer classes, she begins attending them, since she has been having trouble with her home computer. Before long, she’s involved in an extramarital affair with the 40-ish computer consultant (Lafitte), and taking all sorts of risks.

“I love the character,” says Ardant. “We are not completely conventional, conformist. She has a good husband and good daughters; she is not poor or desperate. But she still decides to have a life of her own. And then she realizes that the old life was good.”

The actress was born in Saumur Maine-et-Loire in France and grew up in Monaco, where her father was a military attaché. But he was no authoritarian. “He was the contrary of a military man,” she says, explaining that knowing him made her realize that a person’s career doesn’t define him or her. “He was very open-minded, a very sweet man, with great humanity. For me, authority has to be sweet, and he had anyway a kind of authority, always with cleverness to make you understand what he wanted.

“It was very [anxiety-provoking] to choose this job, because it is always uncertain,” she continues, speaking of her acting career. “He said to me, ‘Go to university and get a job, and after if you still have this desire [to act], do it, but you will have a job.’ I said OK. I chose political science just because it was the shortest. I succeeded, and I said, ‘Ecco, I now have my passport for freedom.’” It was a great loss for her when her father died in 1976.

In 1968, when she was in college in Aix-en-Provence, the French government almost came to a standstill amid student and union protests. “When I think about this time in university, it’s a time when you read, when you speak, when you want to make change,” she says. “It’s like food for later life, because it’s a time when you can open any kind of learning. I had great, great conversations. I loved that time, even if the world is still the same.”

Ardant is an avid reader. Aside from Russian novelists, her favorites include American writers such as Raymond Carver; Jay McInerney (“J’adore ‘Bright Lights, Big City.’”); Joan Didion, and Donna Tartt, who just won the Pulitzer Prize for “The Goldfinch.” In 2011, Ardant appeared at Paris’ Théâtre de l’Atelier in a French translation of the play based on Didion’s wrenching 2005 memoir, “The Year of Magical Thinking.” “Once you love foreign books, you love the country,” she says. “French literature is not so good in this moment. All over Europe, [funds for] music, cinema, books and paintings are being cut because of economic problems. But the only thing that saves humanity is art.”

The actress lives in Paris, and says that she prefers cities to the country. “More and more cities are similar,” she explains. “The countryside in India or Asia is more interesting than the cities. You find the same way of life, the same shops, only the architecture is different. But to suddenly stay for a long time in the country would cause a kind of anxiety, because I love shops, streets and life around me. [From her apartment window] I can see a huge, huge, big tree, so to me the green is always around me.”

She has three daughters, one each by actor Dominique Leverd, Truffaut and producer-cinematographer Fabio Conversi; none is an actress. “It’s a terrible job, you have to leave a lot family and house,” Ardant says. “It’s not an easy time. My oldest daughter [Lumir Leverd] has two children, a boy and a girl. I love very much the company of small children. You can play the fool, the idiot, joking…the company of children makes me feel secure.”

Ardant was Truffaut’s companion for several years before he died unexpectedly at 52. “I love life very, very strongly; that way I am not afraid of death,” she says. “I live completely intensely, and since I was very, very young, I lost people from my family. It was always a flirt with death; death is at every table, so the love of life is completely shared with the expectation of death. Even oldness; I never hide myself from oldness. I don’t care about magazines that say how hard it is to keep young. Life is too interesting to worry about staying young. You have one life; don’t start to make sorrows about inevitable things.”