Fashion Folks Back in Class 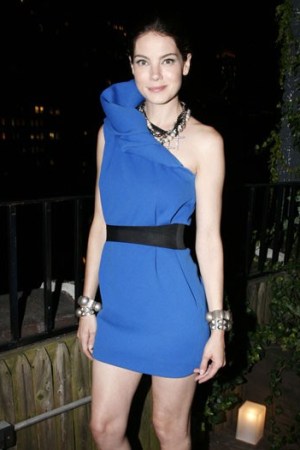 Like kids returning to school after summer break, fashion folks streamed into Tuesday night’s party to celebrate the opening of the new Fenton Fallon jewelry store nestled on Freeman Alley.

“I feel like I’m at a reunion,” said one stylist as he mingled in the boutique’s outside courtyard.

“I’ve always had a weird shocking pink fetish, but I’m always afraid to wear it,” said the line’s designer Dana Lorenz of her theme choice. She also clearly appreciates the Eighties: outside, a live pianist did classical renditions of the decade’s hits, while inside her shop “Working Girl” played on a silent loop.

“Sigourney Weaver’s townhouse [in the film] was the inspiration for my store,” explained Lorenz, pointing out a Biedermeier desk identical to one in Weaver’s fictional home.

As guests admired the spiked bracelets and layered necklaces on display, the evening’s co-host Shalom Harlow made a late arrival with Michelle Monaghan, and remained vague about her Fashion Week plans.

“I take it as it comes,” shrugged the mannequin. “There’s a lot to see, lots of air kisses to be had.”