Fashion’s DJs: They’ve Got The Beat 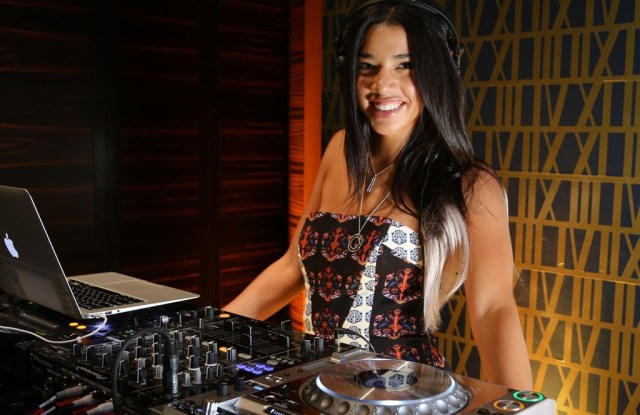 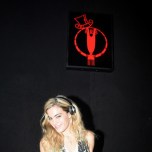 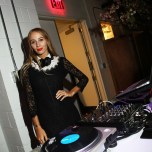 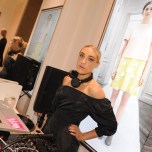 One of the more glittering parties during New York Fashion Week was the launch of Estée Lauder’s Modern Muse fragrance at the Guggenheim Museum, whose famous rotunda emitted a phosphorous glow from the James Turrell light exhibition on display. Against this backdrop was a performance from The Dolls, the DJ duo of Mia Moretti and Margot, the latter playing virtuoso riffs on an electric violin to Moretti’s seamlessly blended beats, all supplemented by a string quartet.

For the fashion crowd, Moretti and Margot (whose real name is Caitlin Moe) have become star attractions in their own right. The acutely stylish duo have DJ’d recent events for Cartier, Versace, Christian Dior, Bulgari and Prabal Gurung—a long way from the grungy East Village bar where they met as budding music makers.

The Dolls are among a growing coterie of designer-clad DJs who consistently receive star billing at stylish soirees—and sit front row at runway shows when not manning the turntables. The rise of DJ culture over the past decade—with stars like Calvin Harris, David Guetta and Avicii regularly topping global music charts—has made it near mandatory for party planners to secure a marquee record spinner for any event aiming to generate buzz. Among the current favorites are beat maestros like Harley Viera-Newton, Chelsea Leyland, Hannah Bronfman, Brendan Fallis and the design duo of Timo Weiland and Alan Eckstein. Even bona-fide celebrities like Solange Knowles and socialites such as Marjorie Gubelmann have gotten into the game, all treading in the path blazed by earlier turntable personalities like The Misshapes, Paul Sevigny and siblings Mark and Samantha Ronson.

Spinning records—or playing digital downloads off a laptop—at fashion parties isn’t only trendy, it’s become highly lucrative. The manager of several in-demand DJs tells WWD that fees for a three-hour event usually range from $1,500 to $6,000, while some large-scale extravaganzas can reap $10,000 for the night. Another agent, who manages a different stable of stylish spinners, put his clients’ fees at $5,000 to $25,000 per gig.

“It’s gotten competitive. Everybody is calling themselves a DJ,” says Bruce Starr, a partner at BMF Media Group, which manages The Dolls and Timo Weiland, among others.

Carol Lim, one-half of the design duo behind Opening Ceremony and Kenzo, sees DJs as an elemental part of today’s fashion world. “For us, music is super important in creating the atmosphere of a show or event. If the music is slightly off, it can really change the entire mood,” she observes.

British-born Leyland, who sports sultry eyebrows bold enough to give Cara Delevingne a run for her money, has worked with clients like Chanel, Valentino, Fendi and Naeem Khan. But she doesn’t want to be known as just a pretty face. She DJs on old-school Technics turntables and disdains software programs like Traktor that can turn DJing into an amusement for dilettantes. “I think the fashion world can look at things on the surface. Don’t just hire someone because of how they look in a dress or have a great surname. Let’s not forget the music part. Let’s appreciate the craft,” proclaimed Leyland, over dinner at quaint hipster hangout The Smile. Fallis—who was a professional ski instructor in Canada before moving to New York and landing DJ gigs for Vogue, John Varvatos and Stuart Weitzman—recognizes the marketing value in the demand for camera-friendly DJs. “I think DJs are another way for brands to leverage press and social media from their events,” he reasons.

Like many of her fashionable DJ peers, Viera-Newton got her start playing New York bars and clubs, including Gallery Bar, Lit and the infamous Beatrice Inn, before segueing into the fashion circuit. That career course, marrying music and fashion, may have been genetic: Her father is president of Columbia Records Group and her mother is a partner in the Tom Binns jewelry company.

“I’ve always loved music and DJing was a great way to pay the bills. I used to work retail, but once I started DJing, I thought, ‘This is amazing. I don’t want to go back to retail ever again,’” recalls Viera-Newton, who once worked at Paul Smith “pinning suits” and the Curve boutique in SoHo. Now her client roster includes names like Diane von Furstenberg, Marchesa and Saks Fifth Avenue.

“You have a ton of power in a room. You are creating mood and atmosphere. It’s like nothing I’ve experienced before,” says Bronfman, daughter of Edgar Bronfman Jr., the former chief executive officer of Warner Music Group and Seagram Co. “My whole family is musically inclined so I guess the apple doesn’t fall far from the tree.”

Bronfman earned her stripes DJing at the local bar while attending Bard College in upstate New York. She garnered her first big fashion gig for Dolce & Gabbana through a family friend. She unapologetically acknowledges her prominent last name has been a leg up, but insisted that can only take a beverage heiress so far: “You have to prove yourself, no what matter what your name is.”