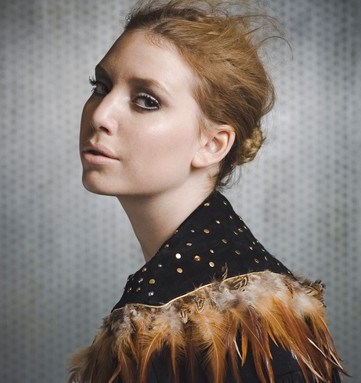 With simple lyrics, catchy melodies and a knack for stagecraft not seen since the days of Abba, a flock of Swedish songbirds is kick-starting a new musical taste for all things Scandinavian. With musical styles ranging from Sixties revival to Eighties electro-pop — all sung in flawless English — these artists are flying up the charts at home and abroad.

Here, WWD provides a primer on the emerging stars.

About her: Named best-dressed by Swedish Elle, Lykke Li, who sports a signature hair bun and mixes Chanel and Louis Vuitton with vintage looks, released her debut album “Youth Novels” in 2008.

Up next: A second album, slated for a 2010 release. She’s also touring the U.S. and Europe with shows set for Los Angeles, New York City and Chicago this summer.

About her: Perhaps the least known of her peers, singer-songwriter Hyvönen’s third album, “Silence is Wild,” made its North American debut last year. Her unconventional lyrics tackle tough political and social topics such as feminism and marriage, while Hyvönen accompanies herself on the piano.

Hot track: “I Drive My Friend”

Up next: She’s touring Scandinavia this summer before heading to the Moseley Folk Festival in Birmingham, U.K., in September.

About her: Andersson — one-half of electronic music duo The Knife, which she formed with her brother Olof Dreijer — started singing under the alias Fever Ray as a side project. A self-titled debut album came out earlier this year and has been winning accolades for her mixture of graceful electronica with deep, distorted vocals.

Hot track: “When I Grow Up”

Up next: The notoriously shy Andersson — known for hiding behind masks and other theatrical accessories on stage — has plunged into a European and North American tour this summer and fall. Catch her rare appearances at New York City’s Webster Hall on Sept. 28 and 29 and at the Henry Fonda Theatre in Los Angeles on Oct. 7.

About her: With music inspired by Nina Simone, Bob Marley and Sweden’s Cornelis Vreeswijk, Ternheim’s 2004 debut album “Somebody Outside” earned her Best Newcomer at the Swedish Grammies. The awards kept coming: Her 2006 sophomore effort, “Separation Road,” racked up two more Swedish Grammies for Best Female Artist and Best Lyricist, and this year’s release, “Leaving on a Mayday,” won Best Album of the Year.

Up next: Ternheim arrives Stateside this fall to tour following the August 11 U.S. launch of “Leaving on a Mayday.”

About her: American TV fans might recognize her voice from Showtime’s “Weeds” and ABC’s “Grey’s Anatomy,” which both featured Miss Li’s first single, “Don’t Try to Fool Me.” Her sound mixes the Kinks, Kate Bush and Tori Amos as well as Balkan cabaret and gypsy pop.

Hot track: “Stuck in the Sand”

Up next: A German and Scandinavian tour in support of her fourth solo album, “Dancing the Whole Way Home,” which came out in April.

About her: A cross between Blondie and Amy Winehouse, Jenssen found fame as a runner-up in Sweden’s 2007 “Idol” competition, which landed her a record deal. Last year’s debut album “Killing My Darlings” hit number one on the Swedish charts.

Hot track: “Do You Love Me”

Up next: Her latest single, “Greetings from Space,” is all over the air waves in Sweden, where she plans to tour this summer. A second album is scheduled for this fall.