British actress Tamsin Egerton and model Robert Konjic were on hand to fete the opening of the pop-up Emporio Armani Caffe at Saint Martins Lane Hotel. 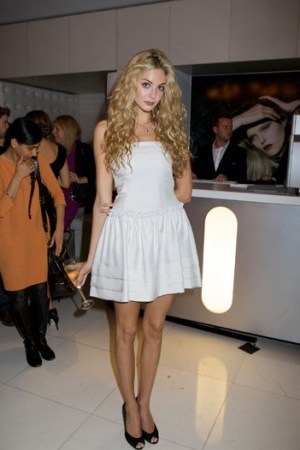 Egerton, who said she is filming a movie called “4321,” which comes out in January and co-stars Emma Roberts, admitted she’s a sucker for comfort food. And there was more than enough of it making the rounds: Guests grazed on canapés of Parma ham with figs, char grilled roast vegetables, riso al salto giallo, and vodka-based cocktails. The space remains open until Sept. 22.