With the royal baby watch in full swing, the timing is perfect to launch a medieval miniseries about the heir to the British throne. 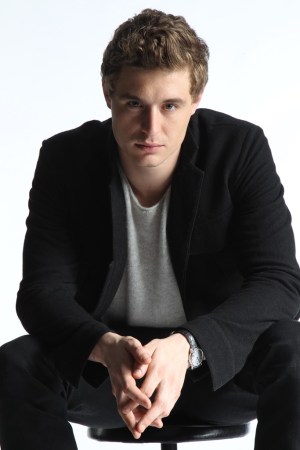 With the royal baby watch in full swing, the timing is perfect to launch a medieval miniseries about the heir to the British throne.

“The White Queen,” which airs Aug. 10 on Starz, features Max Irons as Edward IV of England, a reckless and impulsive king who falls in love with a commoner, marries her and throws into jeopardy everything for love. Adapted from the historical novel series “The Cousins War” by Philippa Gregory, which includes “The White Queen,” the year is 1464, one of the most dramatic and turbulent times in English history. A BBC coproduction, Starz bills the drama as a “sizzling” tale of “love and lust” that follows the fortunes of three women “who seduce their way onto the English throne.”

Irons, a teen heartthrob whose films, including “The Host” and “Red Riding Hood,” have been aimed at a young-adult audience, says he learned a lot about being a Royal by observing Prince William.

“It’s the people around you that make you a king by the way they respond to you,” says Irons. “The first time I met Prince William was at a function. I remember him coming across the room…I was starstruck. It wasn’t his posture or demeanor that made him larger than life, but in fact, it was the way everyone was posturing to him.”

Irons — whose father, actor Jeremy Irons, plays Pope Alexander VI in the historical fiction drama series “The Borgias” on Showtime — believes this could be his breakout role.

“I was pretty excited to play King Edward IV. It was such a fast-paced and dangerous time in history. A lot of research is tainted or it was later destroyed by the Tudors, and there are two schools of thought about him — he was impulsive and irresponsible, but at the same time he was a modern king, a unifier who ended the War of the Roses,” Irons says. “I don’t know if he was a rock star, he was a young boy and a man at the same time….And he did have a good time at court with the ladies. I believe he was irresponsible, but he could deal with his reckless decisions because he was so politically skilled. He learned a lot from Lord Warwick, ‘The Kingmaker [played by James Frain].’”

The big romance between the king and his queen, Elizabeth Woodville (Rebecca Ferguson), is ignited by her boldness in a century where women were meant to be seen, not heard.

“Women didn’t have rights in those days, so it’s very interesting to see the skill and subtlety they had to use to survive and prosper. He met her on the side of a road, and she begged him not to sell her land. She stood up to him in a bold way, and she could of had her head cut off for doing so. He was heavily influenced by Elizabeth Woodville. She was a survivor, determined and ambitious,” Irons says.

But he notes that finding an actress with the right “chemistry” to play Woodville was a challenge.

“We had chemistry tests for this part. A lot of people didn’t get the subtle line of manipulation, the politics, intelligence and sexuality,” says Irons.

The series, which is halfway through its 10 episodes in the U.K., is being sexed up for its U.S. debut. Two separate takes of torrid scenes in the king’s bed chamber show actors partly clothed in the BBC version, while actors appear nude in the Starz rendition.

Irons puts it this way: “There’s the BBC cut and the Starz cut. You get a lot more [skin] in the Starz version — the cameras kept rolling after the BBC stopped the scene.”