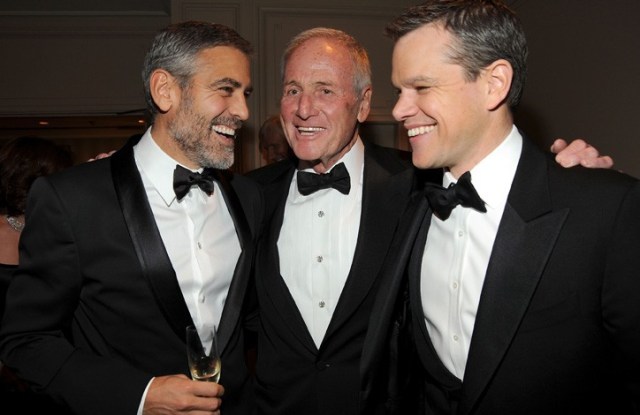 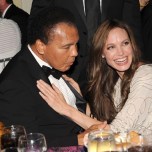 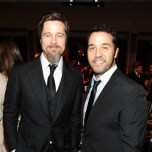 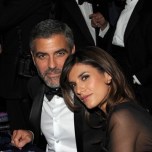 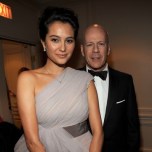 You know you’re at the oldest of old school-Hollywood shindigs when George Clooney refers to himself and pals Brad Pitt and Bruce Willis as “ingenues.” But such was the case at Thursday night’s Unicef Ball honoring legendary music (Elvis, The Carpenters, Franki Valli & The Four Seasons) and movie (“The Right Stuff,” “Ocean’s Eleven”) producer Jerry Weintraub for his philanthropic work.

The evening brought out Weintraub clients and friends such as Dustin Hoffman, Joan Collins, Barbara Davis, the aforementioned “Ocean’s Eleven” cast and their significant others (Matt and Luciana Damon, Bruce and Emma Willis, Pitt and Angelina Jolie, Clooney and Elisabetta Canalis, Ellen Barkin) as well as Valli, Tony Bennett and Paul Anka, who all sang tributes to Weintraub. (Anka serenaded the 72-year-old producer tableside with his rendition of “My Way,” which he jokingly changed to “Your Way,” in the absence of another Weintraub pal, Frank Sinatra.)

Weintraub didn’t wait til the end of the three-hour gala to address the crowd, getting up on stage at the start of the evening, announcing, “I know it’s not politically correct to come on before the end, but I’ve never done anything correct in my life.” Before he could finish his speech, he was interrupted by his old friend Muhammad Ali, who came on stage to give him a hug.

So while the crowd could easily have slipped out by 10 p.m. (the unofficial cut-off time at events for both the young and old), they stayed to see who would appear next. Those old enough to remember Weintraub’s wife, 88-year-old singer Jane Morgan, in her heydey were treated to her rousing performance of songs she made famous such as “Ten Cents a Dance” and “Big Spender”—very a propos, as the evening set records for the amount of money raised by any Unicef Ball. “When it comes to charities, nobody guilts it better,” quipped Clooney.