The costume designer has an unusual story about how she first found her métier. 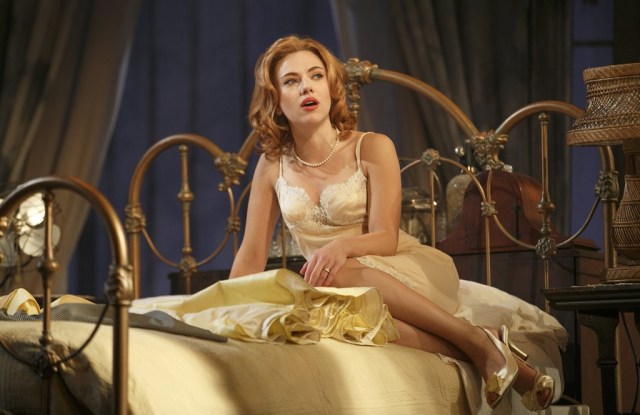 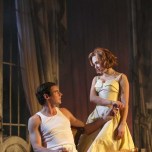 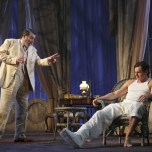 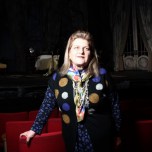 Scarlett Johansson strides across the set of Tennessee Williams’ “Cat on a Hot Tin Roof,” currently playing on Broadway at the Richard Rodgers Theatre through March 30. Onstage, the actress, playing Maggie the Cat, has come inside to change her outfit, since one of her “no-neck monster” nieces or nephews has dirtied her lace dress. A yellow-and-white frock to replace it is laid out on the bed. Designer Julie Weiss created it and the rest of the costumes in the play. Johansson, who also appeared as Janet Leigh in the recent movie “Hitchcock,” for which Weiss designed, too, is “very bright,” the costumer says.

“Scarlett knows Maggie,” Weiss says. “Scarlett is in a yellow dress: something that represents that level of failed radiance and hope. Hope is very important. The peach slip came from Scarlett. When she was back opening the drapes [on the set], you know that she’s been in this terrain before.”

The play, directed by Rob Ashford, also stars Ciarán Hinds as Big Daddy; Benjamin Walker as Brick, and Debra Monk as Big Mama. It received mixed — and quite varied — reviews, with some writers impressed by Johansson’s, Hinds’ and Walker’s portrayals, and others unmoved by one or another of them.

Do other members of the cast get involved in costume decisions? “Boy, do the actors have a say,” Weiss responds.

Weiss has extensive credits, including, in film, “Twelve Monkeys” (1995), “American Beauty” (1999) and “Blades of Glory” (2007); in theater, “The Elephant Man” (1979) and “Macbeth” (1982); and in television, “Little Gloria…Happy at Last” (1983), “The Dollmaker” (1984) and the miniseries “A Woman of Independent Means” (1995), for which she won an Emmy. But the costumer sees few differences between working in any of the three mediums. One distinction, however, is that in the theater, there is no such thing as dressing an actress for a close-up and ignoring the shoes. One of Weiss’ favorite things on any project, she says, is “watching words come alive.” It’s a process that “doesn’t have to be lonely,” she says.

The designer has an unusual story about how she first found her métier. She was studying at Berkeley “at a time of political theater” and doing various theatrical projects as a sideline when one of her professors asked to talk with her. He brought her into a room where two of his colleagues were sitting. It turned out that the trio wanted to tell her that she should become a costume designer, and also that she should enroll in a special program at Brandeis, where she could study to do so. Weiss then asked what she should do if she didn’t get in. The professor revealed that she had already been admitted to the program. She started to cry.

“I’ve been very lucky, when I was beginning my career and life as a costume designer, to meet actors who had gone through many processes and found them willing to share what they knew,” Weiss recalls. “When I first met people like Bette Davis, they were willing to sit down and say, ‘Look again; look again.’

“I’ll go anywhere, whether it’s in TV, film or the theater,” she adds. “The examination of the character is no different, and the response of the audience.” With a play, however, “the cast walks into an empty theater and becomes part of something.”

Before the show opened, Weiss continued to be a part of “Cat on a Hot Tin Roof.” She was heading to the Richard Rodgers almost daily: “I can’t stay away,” she says.