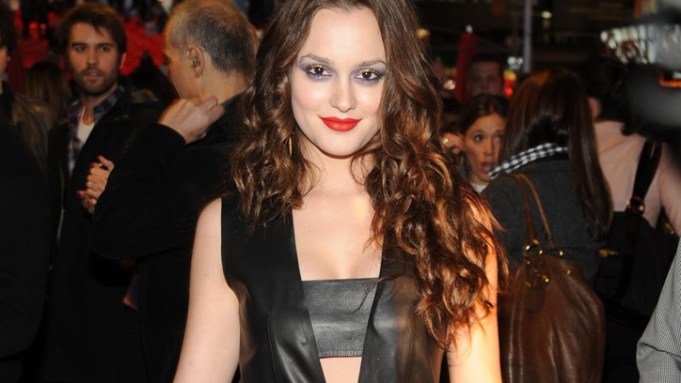 She may be a “Gossip Girl” by day, but Leighton Meester took on the role of pop star on Tuesday night when she performed at the opening bash for the American Eagle Outfitters store in Times Square. In front of an audience that included “Gossip Girl” castmates Jessica Szohr and Michelle Trachtenberg, the actress bopped around the stage in a black bandeau bra and belted out several singles from her upcoming solo album, slated to hit shelves early next year. Among them were “Somebody to Love” and the not-so-subtly-titled ditty “You’re Not as Cool as You Think You Are.” “This song is dedicated to someone I wish it wasn’t dedicated to,” Meester told the crowd. “This guy is called a douche bag….This douche bag’s name is Rick.”