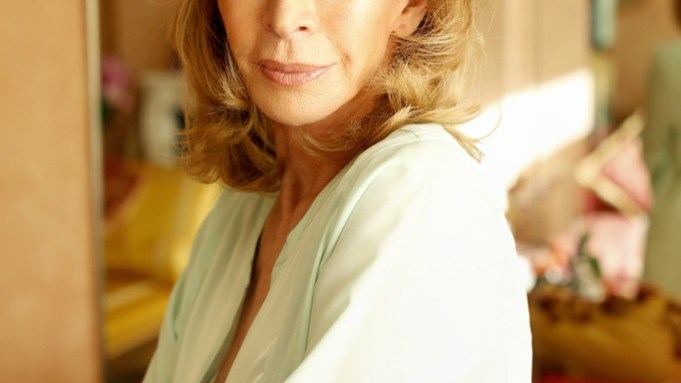 “Well, I’ve been told it’s husky,” Yanna Avis says, settling into her persimmon wraparound sofa, the centerpiece of the drawing room of her apartment on Manhattan’s Upper East Side that overlooks Central Park. “I don’t know how I feel about it, but I guess it’s a good thing?” Avis’ voice is husky. It’s textured and smoky, harkening back to the quality of lounge singers of yore who sucked down cigarettes between sets.

“I love the music of the Thirties and Forties, the glamour of it,” she says. “I try to get that glamour into my act.”

Avis has been doing cabaret since 1992, when she made her debut at Eighty-Eight’s in Greenwich Village, and she’s kept things local since then. “I’ve covered almost every spot in New York, from downtown to all the way uptown,” she says. “And now I’ll be performing on the next block.”

The songstress’ next stop is at Café Carlyle, a block away from her uptown abode, where she’ll start a string of shows on Thursday, repeating them on Friday, then May 16 and May 17. “I’m terribly nervous since I have so many friends coming,” she says.

While she has been a singer for the last 20 years, her roots are in theater, having studied at the National Conservatory of Drama in Paris.

“I was a stage actress in Paris and then I met my husband, that was it,” she says in her lyrical French lilt. Avis did as most theater students do, pursing modeling as well as acting. She met her late husband Warren, founder of Avis Rent a Car, at a cocktail party in Acapulco while on location for a modeling gig in 1978. “That is where my start was, on stage. So my presence is very important to me. I consider myself a chanteuse because I’m not someone who was a singer her whole life. I think of myself as more of an entertainer.”

Avis croons in French and German as well as in English, slipping into each when the moment strikes. She exudes the persona with choreography, gliding across the stage languidly à la Bob Fosse.

“I like to move during my performance. I’ll come down into the audience for some numbers,” Avis says. “Go and sit on somebody’s lap.”

She understands the importance of costume in creating that onstage jazzy persona. “The costume is not only a reflection of what I like to wear in real life but the character I want to give the audience,” she says.

For her Carlyle gigs, she had a navy silk dress custom made. “I call it gloves because it’s rather body-hugging.” She will be finishing off the look with her must-have accessory.

“Of course,” she says, motioning over to her bowler hat, sitting on a nearby settee. “That’s the most important part of the look.”