The Italian filmmaker is working on a slew of projects ranging from fashion-related films to event organizing. 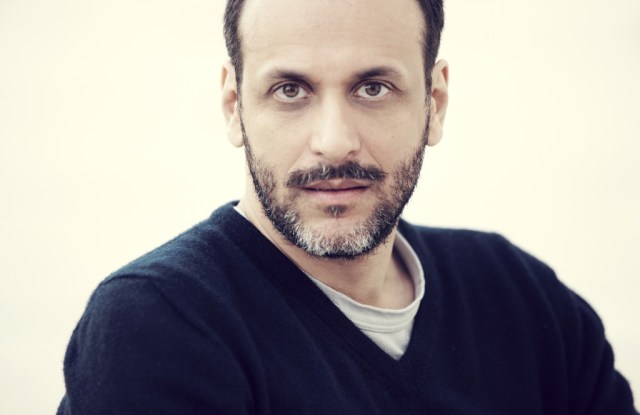 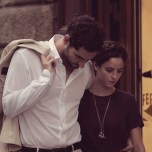 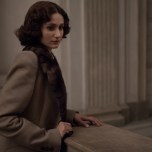 The Italian filmmaker, who conjured an indelible vision of Milanese elegance in his 2009 film “I Am Love,” is working on a slew of projects ranging from fashion-related films to event organizing.

Scodelario, best known for her British television series “Skins,” stars alongside Lauren Hutton and rising talents such as Billy Magnussen and Nathalie Buscombe.

“To see how a group of actors can be engaged to work on a mini movie as much as they could on a feature film is truly fantastic. I really look forward to doing more of that,” Guadagnino says.

Having made his fashion film debut for Fendi in 2005, the 42-year-old has since directed shorts for brands including Giorgio Armani, Cartier and Sergio Rossi. His production company Frenesy, founded last year, derives its name from Frenesi, a character in Thomas Pynchon’s cult novel “Vineland.”

“I felt it was very close to the way that I feel I am, and also it’s very sharp. I want to be relentless and sharp in focus,” Guadagnino explains.

Over the years, he has forged strong relationships with Raf Simons — who, as creative director of Jil Sander at the time, designed Tilda Swinton’s outfits for “I Am Love” — and Silvia Venturini Fendi, who provided men’s clothes for the movie.

Earlier this year, Guadagnino revealed that Simons, now the couturier at Dior, would design costumes for his next feature, “Body Art,” set to star Sigourney Weaver and Isabelle Huppert, but the project is temporarily on hold, for reasons he declines to discuss.

Another of his fashion allies is Carine Roitfeld, who commissioned Guadagnino to shoot his first photo spreads for her biannual CR Fashion Book.

The director says he relishes the opportunity to rub shoulders with industry luminaries like Armani, whom he describes as “a true Renaissance man” and cites as one of his main inspirations, alongside Italian filmmaker Bernardo Bertolucci.

Among Guadagnino’s upcoming projects is a screen adaptation of Grace Coddington’s memoir, published last year. “I don’t feel that I am lessened by the confrontation between me and very great personalities. Actually, usually, if the personality is great, it can only enhance the marriage between the two,” he argues.

He is also expanding his remit as a producer. Guadagnino is particularly excited about “Antonia,” the feature debut of his former assistant Ferdinando Cito Filomarino, which focuses on 20th-century poet Antonia Pozzi, a tragic figure who has been likened to Sylvia Plath.

The character is played by newcomer Linda Caridi, who will wear a wardrobe designed by Fendi in collaboration with costume designer Ursula Patzak. “It’s set in the Thirties in Milan, and I think it looks ravishing,” Guadagnino enthuses.

With so many fashion-related side ventures, does he run the risk of spreading himself thin?

“If I was someone with a limited attention span, I would say, of course. Instead, I draw great energy and great creativity from doing many things, not only directing my own fashion films but also producing other feature films, other fashion films or for example organizing events with my company,” he says.

Frenesy recently staged a party for the opening of the Hermès flagship in Milan, and Guadagnino hopes to strongly grow this activity. He has a mouthwatering sales pitch for future clients.

“We truly believe in really creating something beautiful and guaranteeing a fantastic time for people attending the event. Anything that can instill in someone a state of blissfulness is something that we like to do very much,” he says.