On Tuesday night, the retailer hosted an elaborate launch party for the promotion that featured a fashion show and concert by singer Sheryl Crow. 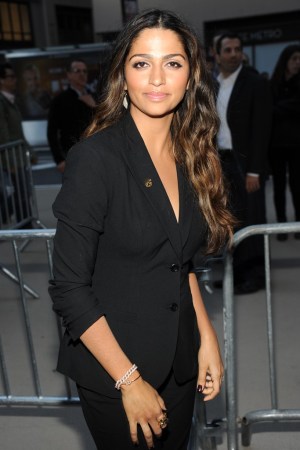 Macy’s has ratcheted its patriotism up a notch.

The department store, whose name has become synonymous with the Fourth of July and Thanksgiving thanks to its nationally televised fireworks and parades, on Wednesday kicked off its American Icons marketing campaign designed to celebrate “the people, places and things we love.”

From apple pie, baseball and drive-ins to Mount Rushmore and the Apollo theater, the store is saluting things that “make us proud to live in the land of the free and the home of the brave.” On Tuesday night, the retailer hosted an elaborate kickoff party for the promotion at its new Stella 34 Trattoria in the Herald Square flagship, followed by a fashion show and concert by singer Sheryl Crow at Gotham Hall in New York.

Terry J. Lundgren, chairman, president and chief executive officer of Macy’s Inc., called the Stella portion “a pre-event to the event” and a way to thank its vendors for embracing the campaign. In addition to classic Americana, Macy’s is celebrating “[some of] the best designers in the world — the American designers,” he said. But the campaign also includes a charity component. Macy’s has teamed up with Got Your Six, an organization that helps veterans and military families be perceived as leaders and civic assets. “It’s a great organization that helps veterans reacclimate to civilian life,” he said. “We’re determined to help them raise several million dollars.”

Macy’s is hoping to raise $3 million by encouraging customers to donate $3 to the cause and receive 15 to 20 percent off on any day they choose through June 9.

Among the celebrities on hand to help Macy’s celebrate were Camila Alves, face of Macy’s INC label, who stopped by the Stella party and reluctantly joined Lundgren at the mic, as well as Tracy Morgan, who hosted the event at Gotham Hall. Morgan said that his father was drafted into Vietnam as a teenager and served as a helicopter gunner in the war. But he had “rocks thrown at him” when he got home. This experience prompted the comedian to get involved in the Got Your Six campaign. “Now Macy’s is stepping up,” he said. “They have 800 stores so that [is] incredible reach. Everybody shops at Macy’s, even me — I bought this jacket there,” he said, doing a little twirl.

The evening included a short fashion show from designers and brands including Tommy Hilfiger, Levi’s, Marilyn Monroe, Denim & Supply Ralph Lauren and Michael Kors. But the highlight of the evening was the performance by Crow, which included some of her biggest hits, such as “Soak up the Sun” and “All I Wanna Do,” as well as her latest country release “Easy.” Poured into a pair of tight leather pants, the 51-year-old switched effortlessly between guitar and bass with just two backup musicians.