With next year's debut of her new reality show, “Mad Men” costume designer Janie Bryant said she will flaunt her passions — film, costume design and fashion. 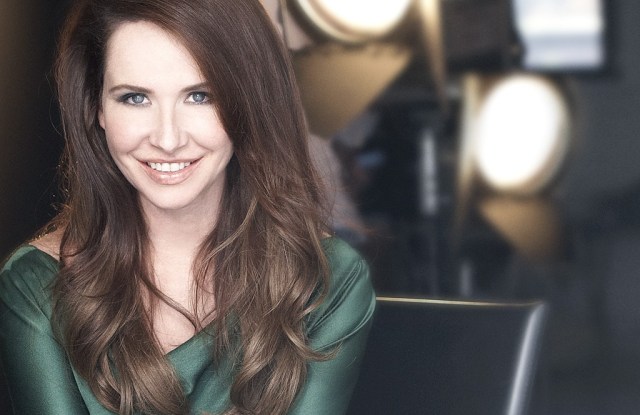 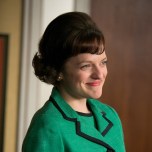 With next year’s debut of her new reality show, “Mad Men” costume designer Janie Bryant said she will flaunt her passions — film, costume design and fashion.

Having had to keep the news under wraps for months, Bryant said in an interview Friday that she was “so excited” to finally be able to talk about it. Developed with “Fashion Star” cocreators E.J. Johnston and James Deutch, “Janie Bryant’s Hollywood” will put eight to 10 contestants to the test. There will also be a retail tie-in so that viewers can be among the first to buy what is created on-air.

This story first appeared in the July 15, 2013 issue of WWD. Subscribe Today.

“For the past few years, we have really been seeing how fashion is influenced by film and TV,” the Tennessee native said. “And people want to know and buy what characters are wearing. Those two worlds are moving closer together.”

Approaching the seventh and final season of the AMC drama, the Emmy-winning Bryant has racked up her own accolades along the way. She designed the Mad Men collection for Banana Republic and a signature line for QVC, as well as ambassadorships with such brands as Maidenform and Downy Wrinkle Releaser. The designer also penned “The Fashion File: Advice, Tips and Inspiration from the Costume Designer of Mad Men.”

It has not yet been determined where her reality show will be filmed and who will serve as judges. The Los Angeles-based Bryant knows New York well, having started her career working for the designer John Scher on Seventh Avenue. After getting to know some costume designers who worked in film, she switched tracks and eventually moved to Los Angeles. Recalling her nine-year run in the Nineties, Bryant said, “When I was a starving artist in New York, I lived on 48th between Eighth and Ninth where I literally had a shower in my kitchen. But I really treasure those days because it was about having the full New York City experience.”

Since that time, she has learned how to hold a crowd. A sellout 2,000-person audience turned up for the “To Catch a Thief” screening she hosted at the Orpheum Theater in Los Angeles last month. And she also helped headline the panel discussion “From Canvas to Costume: Painting at the Intersection of Fashion and Film,” a discussion at the Metropolitan Museum of Art in April. But the idea of a multimedia, multitasking costume designer is not a new one. “If you look back, Edith Head wrote ‘The Dress Doctor’ and she appeared in shows and in films. I only mention her because she did so many things,” Bryant said. “Pat Field, too.”

With “Mad Men,” Bryant puts her Garment District days to good use, designing most of the suits for Jon Hamm’s Don Draper character as well as the dresses for Christina Hendricks’ Joan Harris and Elisabeth Moss’ Peggy Olson. Her own work uniform is pretty much a pair of J Brand jeans, an American Apparel or vintage rock ’n’ roll T-shirt and a pair of black knee-length Valentino boots with a huge buckle encrusted with Swarovski Elements. “That is my work boot. I have had them for seven years, but they really are the perfect boot with the perfect heel,” she said.

Soon off on a trip to Spain and the South of France with her husband Peter Yozell, Bryant hopes to be able to put up her feet long enough to read more than scripts and her iPhone.