‘Making It Happen’ at New Yorkers for Children Gala

Attendees at the Tenth Annual New Yorkers for Children Gala filed into Cipriani with all the accompanying first-day nerves. 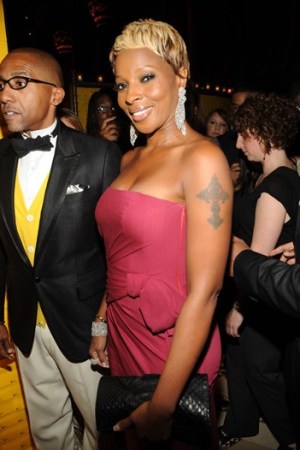 Like kids returning to classes, attendees at the Tenth Annual New Yorkers for Children Gala Tuesday night filed into Cipriani with all the accompanying first-day nerves.

“I didn’t realize it was so fancy,” said one guest, who had apparently missed the “black tie” portion of the invitation.

“Am I the only one in a gown?” fretted another as she watched a parade of short dresses pass by on the red carpet.

The evening’s theme, expressed on yellow Post-It Notes that decorated the walls and tables, was “Make It Happen,” and organizers certainly did, running a tight party ship that had almost everyone seated for dinner by 8 p.m. when host Anderson Cooper took to the stage.

“It was an intern who took the call [inviting me here] and he wrote it down as ‘Children for New Yorkers,'” said Cooper, introducing Honorary Chair Nicholas Scoppetta. “And I know times are bad but I didn’t think it was a cause I wanted to get behind.”

“This is the most important honor I could ever get,” she said as the crowd gave her a standing ovation.

Shantel Schloss received the New Yorkers for Children 2009 Spirit Award, Ashley McDermott spoke about her friend and co-chair Nancy Jarecki, who suffered a brain aneurysm this past summer, and Ne-Yo took to the stage singing “Closer” — just as the short ribs main courses were being served.

A moving seven-minute film by co-chair Tony Gilroy and a speedy live auction by Jamie Niven rounded out the evening’s program well before dessert.

The efficiency was probably appreciated by Blige, who has been rather prolific in the past week, hosting a party with Gucci for FFAWN and performing at the Emmys.

“I just pray for the strength to keep up my obligations,” said Blige of her hectic schedule. “I make smart decisions, try not to run myself into the ground. And I try not to hang out late.”

Many were of a similar mindset: while there were a few post-party forays to Avenue and Rose Bar, most guests were ready for bed.