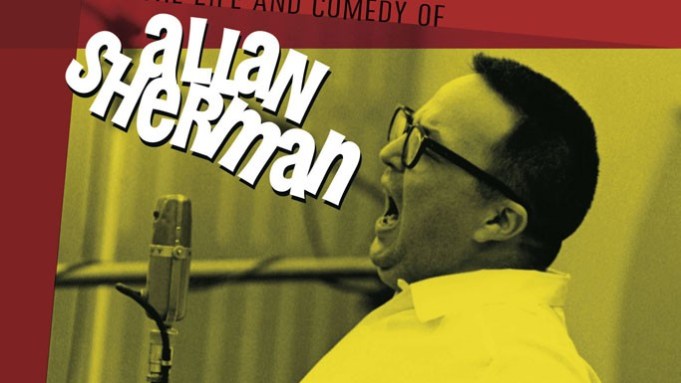 “We’re running out of books,” said someone working in the gift shop at the Museum of Jewish Heritage on Thursday night. “That’s happening in front, too,” was the response. “In front” was the lobby of the museum, where a long line snaked from the table where writer Mark Cohen was signing copies of his new biography, “Overweight Sensation: The Life and Comedy of Allan Sherman” (Brandeis University Press).

Earlier, Cohen had given a talk about the book with Dan Friedman, managing editor of the Jewish Daily Forward, and their conversation was punctuated with snippets of recordings of Sherman’s clever comic songs. “He appeared before the Sixties of legend had taken off, and he came at the perfect moment,” said Cohen of his subject. Sherman’s records began, as he pointed out, as “small budget items” at Warner Bros. Records, which released “My Son, the Folksinger” in 1962. It went on to sell a million copies and go gold, providing comic relief for government officials who were trapped in Washington, D.C., during the extremely tense days of the Cuban Missile Crisis in October of that year. Arthur Schlesinger Jr., special assistant to President John F. Kennedy, told Sherman in a letter, “We’re enjoying it enormously.”

Friedman and Cohen also talked about the song “Hava Nagila,” which is the subject of a current exhibit at the museum, subtitled “A Song For the People.” In Sherman’s irreverent hands, however, the soulful anthem became “Harvey and Sheila.” The titular pair, who meet in New York, campaign for JFK, then move to West L.A., “Traded their used MG/For a new XKE/Joined the GOP/That’s the way things go,” sang Sherman. Cohen also noted that the best-selling version of the song was sung by Harry Belafonte.

Unlike many authors, Cohen seemed very much at ease on the podium, something he attributes to growing up “in a big, joke-filled Jewish family.” Many members of it work in the apparel industry, including his father, who happens to be named Sol. Sherman, of course, did a wonderful parody of “Seventy-six Trombones,” featuring riffs on common Jewish names, which begins, “Seventy-six Sol Cohens in the country club!/ And a hundred and ten nice men named Levine.”