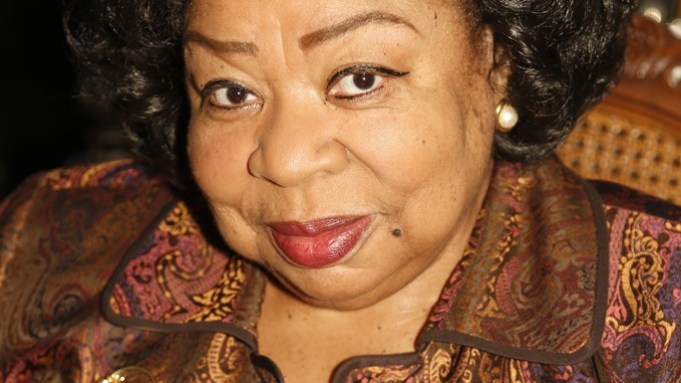 Martina Arroyo has lived a storied life that reflects the operatic characters she has portrayed throughout her career as an American diva.

Among the first of a generation of black opera singers to break down racial barriers and achieve worldwide success as one of the world’s leading sopranos in the Sixties, Seventies and Eighties, Arroyo is best known for her portrayals of Verdi and Puccini heroines. She has performed at the world’s most famed opera houses, including the Zurich Opera, The Metropolitan Opera, La Scala, Covent Garden and the Opéra National de Paris, and was appointed by President Gerald Ford to the National Council of the Arts and was elected a Fellow of the American Academy of Arts and Sciences.

Arroyo’s latest achievement, her receipt of a Kennedy Center Honor earlier this month, will be aired nationwide Sunday on CBS. The award ceremony, which was attended by President Obama and First Lady Michelle Obama, is bestowed upon individuals who have spent their lives elevating the cultural vibrancy of the U.S. In addition to Arroyo — who was escorted by Wayne Brown, music and opera director for the National Endowment for the Arts, to a dinner hosted by Secretary of State John Kerry before the show’s taping — award recipients include Billy Joel, Shirley MacLaine, Carlos Santana and Herbie Hancock.

Although Arroyo, 76, retired from performing in 1991, she becomes animated when she talks about the Kennedy Center Honor, and reminisces about her rise to fame and those she has performed with, such as Luciano Pavarotti and Plácido Domingo, as well as famous friends like Princess Grace of Monaco and Ava Gardner.

Arroyo grew up in Harlem, where her early love of the arts — ballet, concerts, Broadway shows and museum exhibits — spurred her to pursue a career that led to fame, fortune and the Martina Arroyo Foundation she created in 2003 for emerging operatic artists. Her quick wit and sharp tongue also made her a favorite of the media in her heyday. She was once mistaken as fellow black spinto Leontyne Price. When a Met doorman greeted her as “Miss Price,” she calmly replied, “No, honey, I’m the other one.”

Here, a chat with Arroyo — who wore a black silk crepe coat and dress with an embroidered amethyst sequin floral motif by Tadashi Shoji to the Kennedy Center festivities.

WWD: What does the Kennedy Center Honor mean to you?
Martina Arroyo: I had been watching the Kennedy Center Honors for many years, and never had any inkling that I would be receiving this honor.…I was sort of grumpy that day, and then Diane [her personal assistant] walked in the room and said, “I have something that will make you feel better.” It was like a bomb went off, but a good bomb, and I was trying not to cry. Funnily enough, I thought, “I’ve had a glorious career, but I had stopped singing 10, 15 years ago, and most young people today have never heard me sing…” I think this honor really has to do with today’s young, emerging talent and the work I do with young people at my foundation. We don’t teach singing — we teach character, and hopefully, the audience will receive that emotion. A beautiful voice is just that, a beautiful voice. We teach who you are and why you’re there, and the voice almost becomes third in line. You have to become the [operatic] character and get into their skin.

WWD: How important are the costumes in creating a character?
M.A.: When you get into your costume, you get into the character, just like Cate Blanchett as Queen Elizabeth I in “The Golden Age,” one of my favorite films. As Aida, I wore lots of gold and laces, but sometimes you have to wear something drab like Lady Macbeth did.…Whew! Getting into her character — that was one messed-up lady.

WWD: Was it difficult for you to adapt your persona to traditional operatic characters?
M.A.: Not really. My mother was a production mother who went to every performance I did. In one production, Verdi’s “Un Ballo in Maschera” [an opera about a conspiracy in the Swedish royal court], I wore a mask. My mother would say, “Why are you wearing a mask? Everyone can see you’re the only colored girl onstage.” I said, “Ma, I’m Swedish.”

WWD: What do you miss the most about life in the opera?
M.A.: I don’t know if I really miss it.…I don’t know if I would want to do it today. You have to do whatever the director tells you to do. I wouldn’t be comfortable with what young people have to deal with today.…Especially when you see “Rigoletto” performed in Las Vegas and operas in Europe performed with nude choruses.

I did love singing with Plácido and Luciano because they would always throw themselves into their part. But with Franco [Corelli] there was always a lot of nervousness, which would always make me say, “Calm down!”

WWD: You must have rubbed elbows with a number of rich and famous people. What are some of your favorite memories?
M.A.: I loved Princess Grace. The first time we met was at the Croix Rouge. She was a very lovely woman who cared about children and her work as a princess to help them. We went to the palace a couple of times, and she would cook — yes, she actually cooked! And I could have sworn that Prince Rainier would raise his eyes to the ceiling like, “Ooh.”

Ava Gardner would wear jeans, no makeup and a cloth turban. She was the most beautiful woman I had ever seen. She came to the theater all of the time, and we knew when she was there because of her perfume, Joy. She sent my dog Lady Diana a case of Champagne after she had a litter of puppies.