P.J. Hogan’s latest film is about life in a small Australian town filled with any number of people who could be diagnosed with the title affliction. 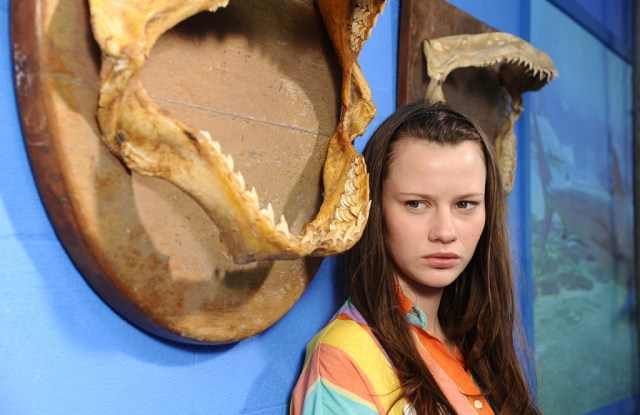 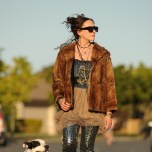 Nancy has obsessive-compulsive disorder and maniacally cleans the spots on her driveway with a toothbrush. Her neighbor, Shirley, suffers under the delusion that she lives inside “The Sound of Music,” and sings the title song in her backyard as if she were Julie Andrews warbling in the Swiss Alps. Which woman is crazy? That’s one of the questions posed in “Mental,” P.J. Hogan’s film that opens Friday about life in a small Australian town filled with any number of people who could be diagnosed with the title affliction.

Sweet, fragile Shirley is overwhelmed with five wild girls; a philandering husband, Barry (Anthony LaPaglia), who’s also the town’s mayor, and an overbearing sister. When Shirley orders enough appliances and furniture to fill three houses and has it all delivered to the front lawn, she dances from refrigerator to dinette set to sofa in a rapturous fog, explaining that Barry won it all on “Wheel of Fortune.” Barry sees the sight that is his yard and slams his car into a heavy piece of furniture, then commits Shirley to a mental hospital.

Barry is desperate for help.

“This wouldn’t be happening to me if I had a family of boys,” he tells his unruly daughters.

When Barry sees a hitchhiker, he picks her up and impulsively hires her to move in and look after the girls. Shaz (Toni Collette) wears tutus or leather and heavy metal jewelry, a fur coat of indistinct origin, jeans and cowboy boots, one of which hides a knife.

Hogan’s life supplied the film with the over-the-top characters and situations. “All of it happened,” he says. “People don’t believe me when I tell them that. When I was 12, my mum had a complete nervous breakdown and Dad was a local politician running for reelection. One day we came home and Mum was gone. Dad said, ‘No one votes for a guy whose wife is crazy. Your mum is on holiday.’”

Soon after that, Hogan and his siblings found a strange woman sitting in the living room: the real Shaz. “She sorted us out and kicked our butts,” Hogan says. “Shaz was really empowering, but she was as mad as a cut snake.”

“I’m the avenging angel of the perpetually psychotic,” says Shaz, who helps the girls gain self-confidence with a late-night hike to the top of a local mountain. “What’s the point of getting to the top?” an exhausted Coral asks. “Not being at the bottom,” Shaz says matter of factly.

Hogan met Collette when she was 19, and he cast her in his film “Muriel’s Wedding.” “I wrote ‘Mental’ for Toni,” he says. “She’s a great dramatic actress and can also be funny. She’s met every member of my family and knows how completely nuts they are. I have a schizophrenic sister, my brother is bipolar and I’m the father of two autistic children. When I’m dealing with my own personal story, I don’t need to embellish.”